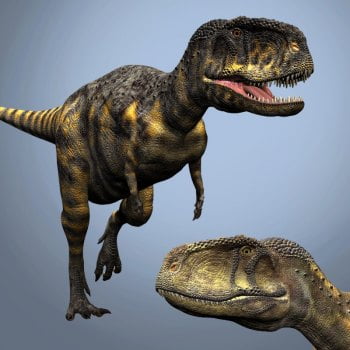 Abelisaurus is a genus of abelisaurid theropod dinosaur from the Late Cretaceous Period (between 83 and 80 million years ago) of what is now South America. It was a bipedal carnivore that probably reached 9 meters (30 feet) in length, although it is known from only one partial skull. 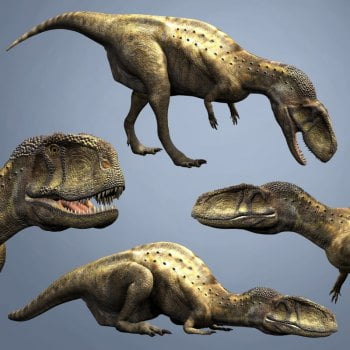