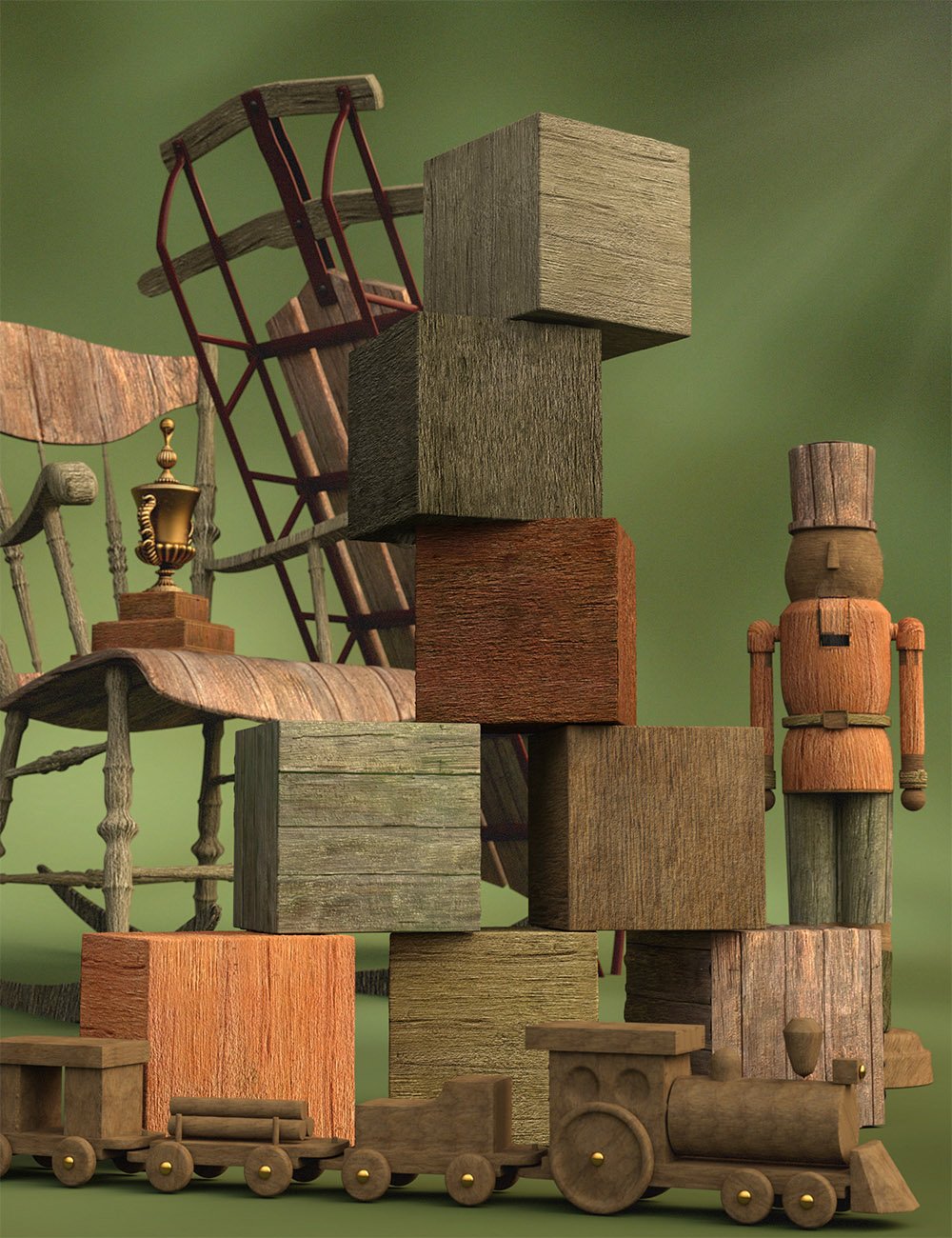 Ancient Boards is great for blending in different models by adding similar shaders to each where appropriate. This great bundle of over 20 shader presets for Iray comes with its own tailor-made set of utility settings, to change the tiling, the strength of displacement mapping, and even the amount of subdivision in your model ( assuming you have a model which loads with subdivision or have added it!).

This makes these shades both fast to use and incredibly powerful. All shaders are taken from scans or photographs of real wood and have been given both horizontal grain and vertical grain versions which should have you covered wherever the UV mapping your model is using may point!

As always, remember to select the object you wish to shade in the scene window and then the particular surface you want to get "woody" in the surfaces tab. From there, it's as simple as hitting the shader you want in the shader menu and then applying the utility pre-sets you need to get it to the correct scale and intensity of bump and displacement (for close up shots, high displacement and subdivision can be your friend, especially on low poly objects which don't load with much surface detail!).

Get Ancient Boards and weather those pristine surfaces in the space of a couple of clicks! 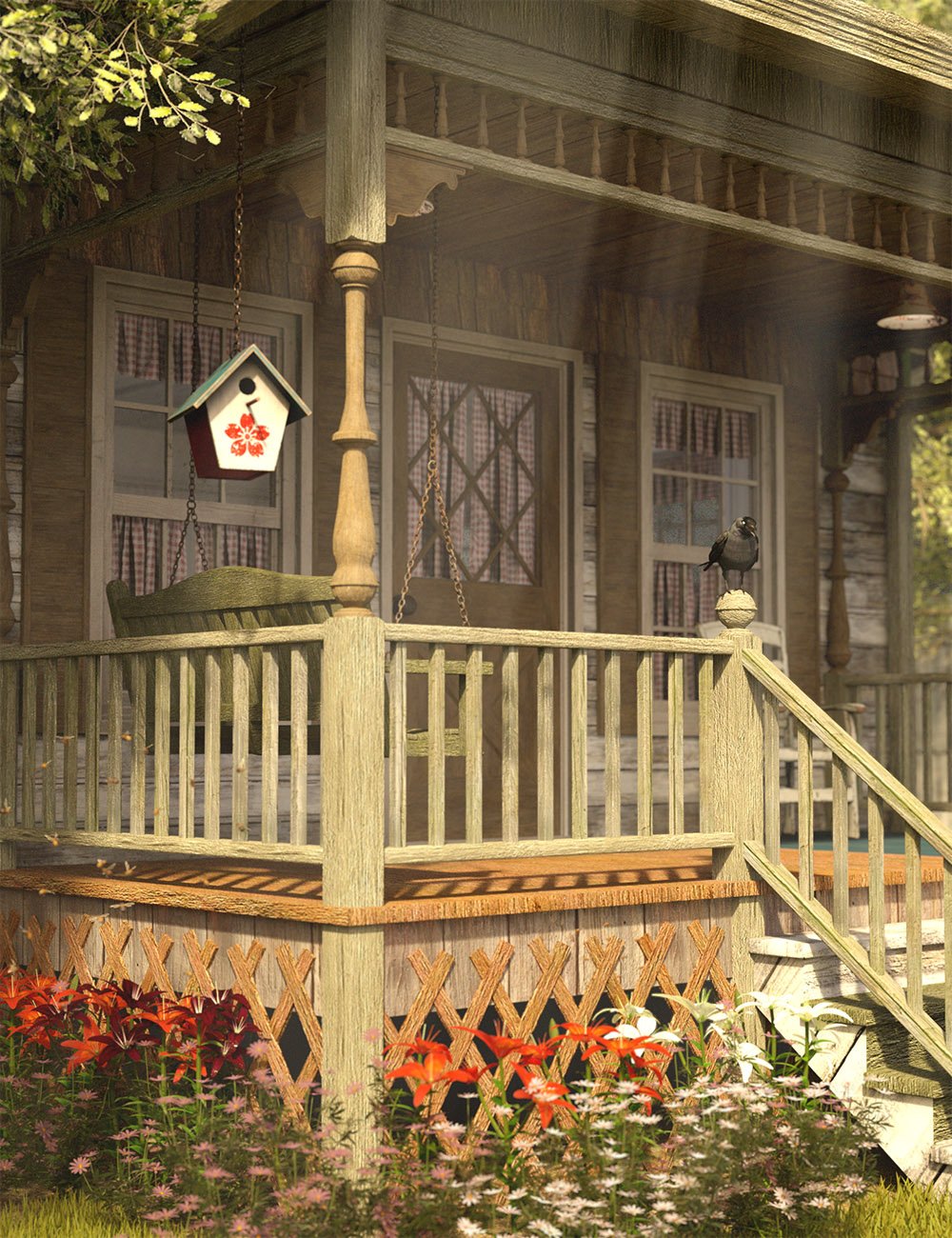