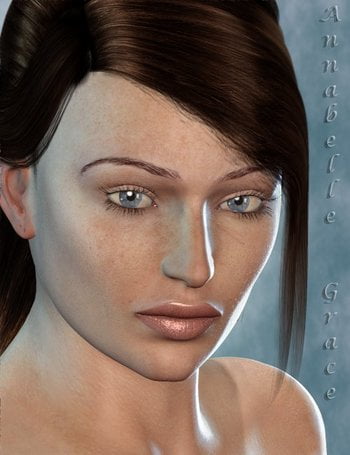 Annabelle Grace is a gorgeous photo realistic texture package for Victoria 4! Ultra detailed, right down to her fingerprints! Included is the light set I used for the store renders.

There is a lot going on with this package, full of extras to increase your rendering fun! Included is an interesting new way to apply make-up; rather then multiple make-up maps that just take up a lot of room and have a limited range to choose from, I used the Poser 6 blender node. With just one default natural head map, two make-up files and a few make-up masks (trans maps for make-up), I was able to include 10 Make-up MAT poses! By adjusting the color in the ‘input2’ value of the blender node, the sky is the limit! Have fun going from ‘barely there’ subtle make-up to dark and wild!

I also included three second skins, again using the blender node. Therefore you could plug any of your favorite Victoria 4 textures into the ‘Color Texture’ node and give them new clothes.

I also added a MAT pose to give the ears a blushing effect. In real life, under certain lighting conditions, especially bright backlighting, ears take on a reddish tone. In post production for many of my renders, I would add a reddish tint to the ears for more realism. I found a way to add this effect directly in the render so no need to add it in post work! You can go from no blushing effect to a big blushing effect by adjusting the color in the ‘input2’ value of the blender node.

Last but not least, I’ve included an extra body map with tan lines!

Note: This product is Poser only. When using the blender node for Make-up, blushing effect of ears and the second skins, the changes won’t appear in the preview window but will appear in the Material Room and when rendered. 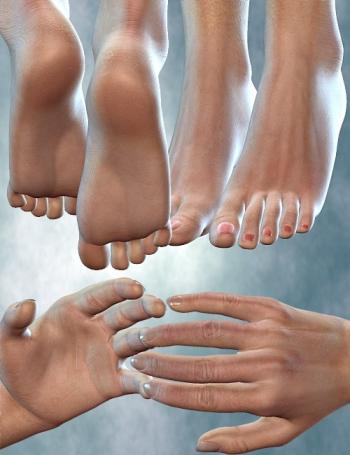 Abrielle for V4Ayesha for V4