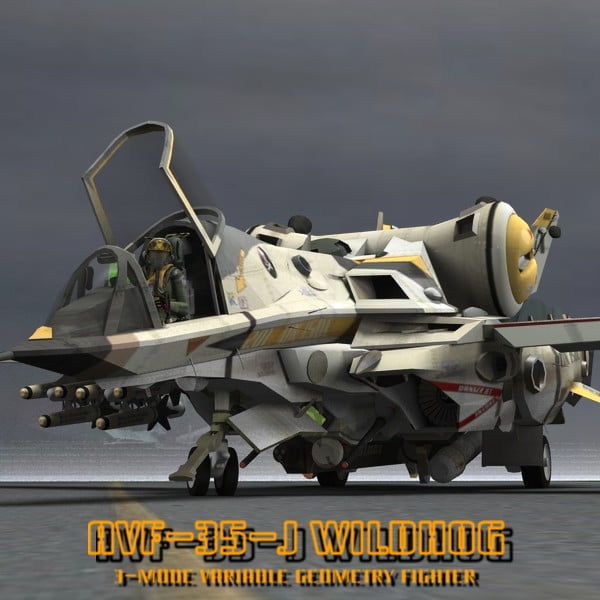 The current pinnacle of Variable Geometry Fighter Development, the AVF-35 Wildhog is a next generation Variable Mecha. Developed by Earth Avionics from their highly successful VGF-14 Wildcat, the AVF-35 resulted from the YF-35 Warthog prototype test series of Mecha, and a series of now abandoned Space Combat Upgrade systems for the older VGF-14.

After the YF-35 Warthog proved potent in trials, it was decided to give the green light to a limited pre-production run on the new Advanced Variable Fighter. Both the YF-35 Warthog and the new AVF-35 Wildhog have entered service with Elite UN Military JSOC (Joint Special Operations Command) units. The YF-35 operates for JSOC as a dedicated 2-mode Ground Attack/Support Aircraft, and the AVF-35 as a dedicated 3-mode Air/Space Superiority Fighter.

The YF-35 Warthog with its 2-man Crew makes an excellent ELINT/Deep Space Recon mecha, while the single-seat AVF-35 has received extra components to enhance its already fearsome Anti-Ship/Anti Spacecraft capabilities. When paired together with the YF-35 acting as a Forward Air Controller, the duo can make a truly devastating partnership!

Eventually these 2 fighters will replace older VGF-14 aircraft in the UN arsenal, but for the time being only the Elite Special Operations crews get to Pilot these advanced types!

This Aircraft features fully functional flight surfaces and controls (the cockpit controls move when the ERC Dials are used to move the aircraft) and also a full transformation capability from Aircraft Mode to Close-Combat Mode and Mecha Mode! 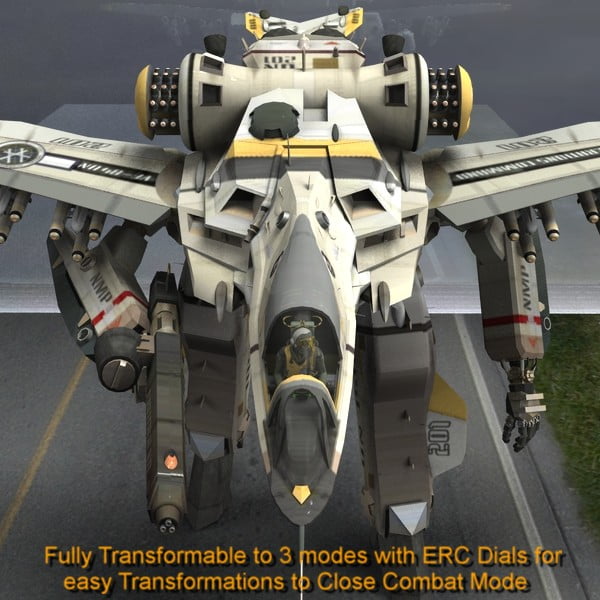