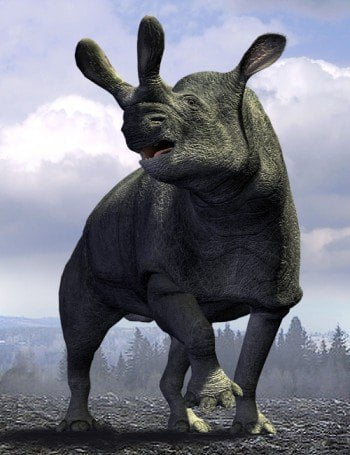 This is an extinct genus of the family Brontotheriidae, which was a group of rhinoceros-like herbivores related to horses. They were found in North America in the Early Oligocene, and the animal stood 2.50 m (8 ft 4 in) tall at the shoulders.

Many of the Brontotherium remains have been found in South Dakota and Nebraska. In the past, specimens were found by Native Americans of the Sioux Tribe who believed these creatures produced thunderstorms when running over the clouds, and called them “thunder horses.” The skeletons found by the Sioux belonged to animals which had died when ash fell from volcanically active areas of the Rocky Mountains. 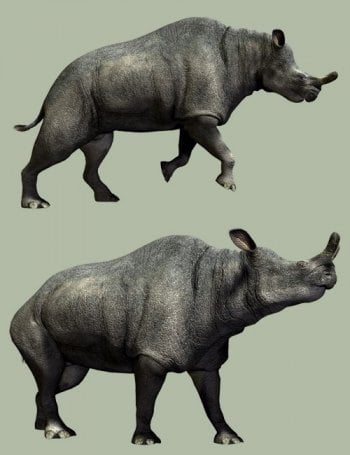