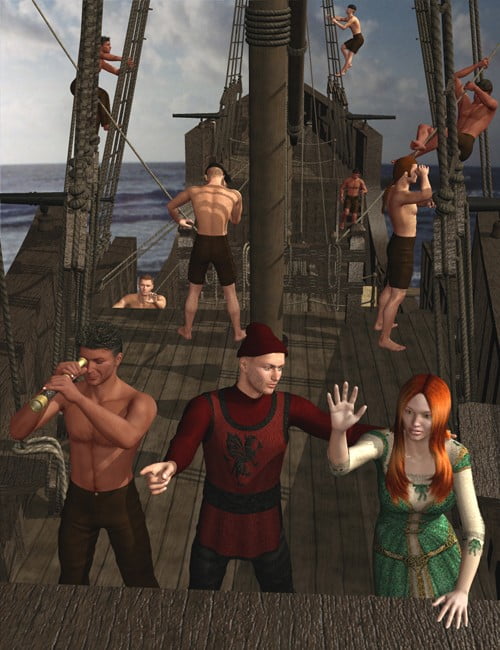 DAZ Studio, Poser Ship your precious cargoes on the good ship San Buenaventura. A prosperous voyage on any sea is guaranteed. The San Buenaventura boasts of an experienced crew that is honest, hard-working, and protective of your trade goods. The topmen, deckhands, lookouts, tillermen, and stevedores are ready to serve you as you guide the ship to distant and exotic lands. Featuring 56 M4 and V4 action poses for Faveral’s merchant ship, the San Buenaventura, this pose set also includes 21 ship position cameras and 42 pose-focused cameras, as well as poses for the ship’s longboat and crew. 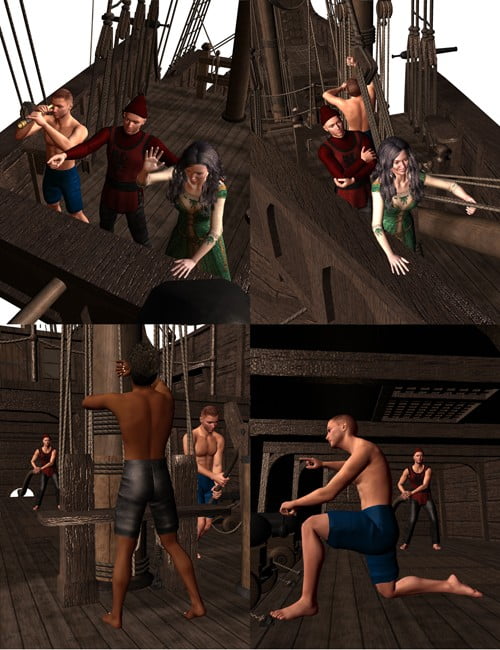