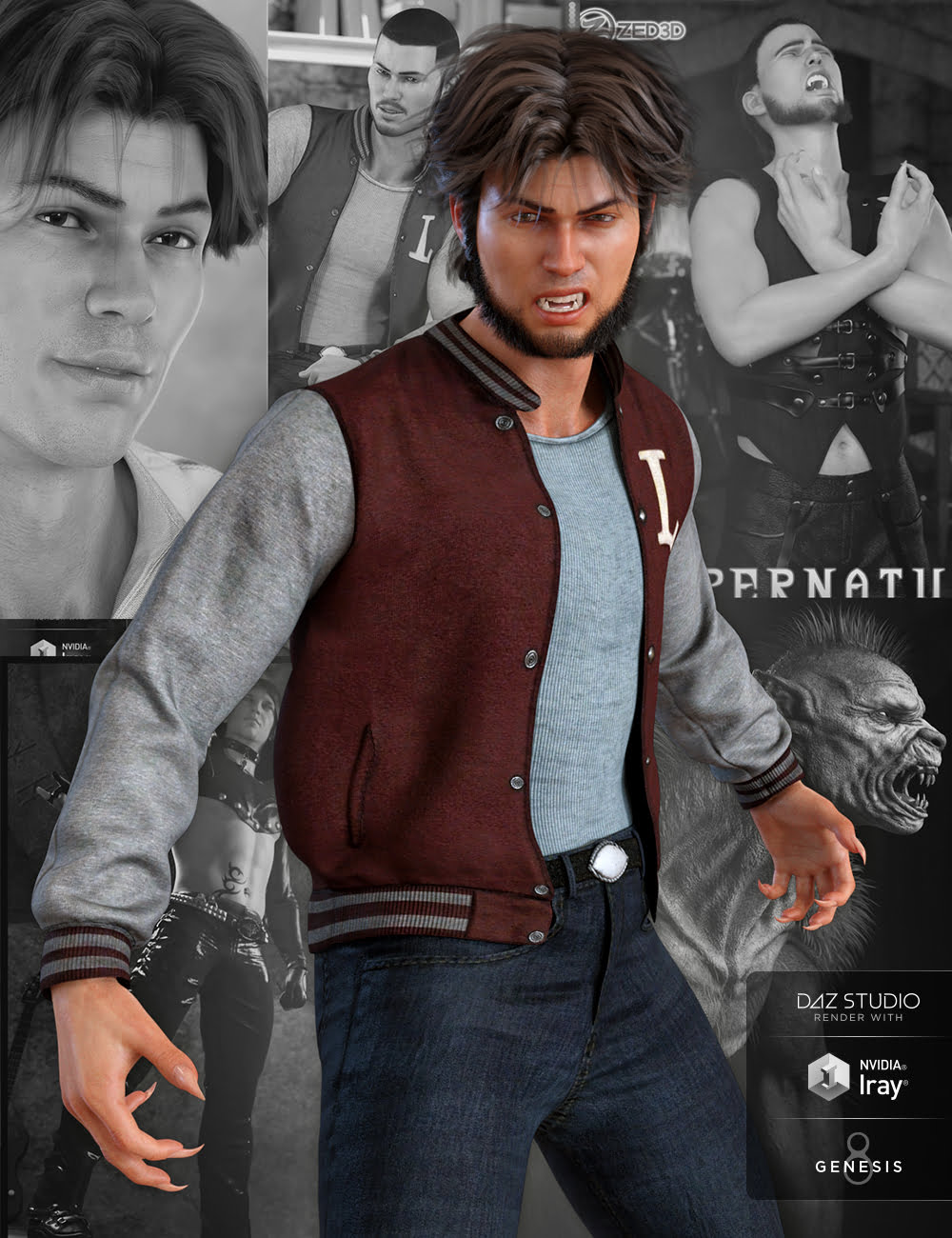 As ferocious as he is sexy, Landon 8 is a lycanthrope boldly embodying two distinct forms. By day, he’s handsome, rugged, daring and charismatic. But by night, especially under a full moon, he transforms into a capable and relentless hunter with boundless energy, agility, and heightened senses.

Exert your position as leader of the pack, the alpha male, and the center of attention. These stylish outfits for Landon wield a commanding presence in any scene.

It’s after dark, and Landon’s true nature has been set free. This wild and loose collection explodes unceremoniously into the world of the unknown, the supernatural, and the untamed.

Key advancements with the Genesis 8-based Landon 8 include:

Backward Compatibility
The most backward compatibility ever, through included clones for Genesis, Genesis 2, & Genesis 3.

Updated Eye Technology
New eye design aligns render speed with render speed of the rest of the face without compromising realism. Eyelashes have been made into separate conformers for improved performance and more versatility.

Default Pose Change:
Improved default pose to allow for the creation of new types of content.

Retro Hero Hair for Genesis 8 and 3

Poses and Expressions for Landon 8 and Genesis 8 Male