A copy of the 1843 First Edition by Chapman & Hall, Dickens’s Publishers at the time. Since, out of sheer respect for the book, some of the scans had to originate from the less costly Oxford Illustrated Dickens Edition instead of the original publication, I decided, as a sort of book- lover’s in- joke, to put the logo of the publisher’s ‘Collins’ on the back, who anyway printed many a fine Dickensian edition- only much later that century. However, all illustrations are from the hand of the original artist, John Leech. This is a fully ‘Readable’ Figure, and is released together with an extensive set of truly realistic poses for Victoria, reading and holding it. 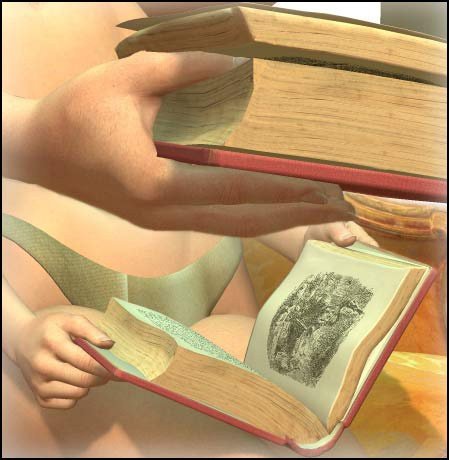