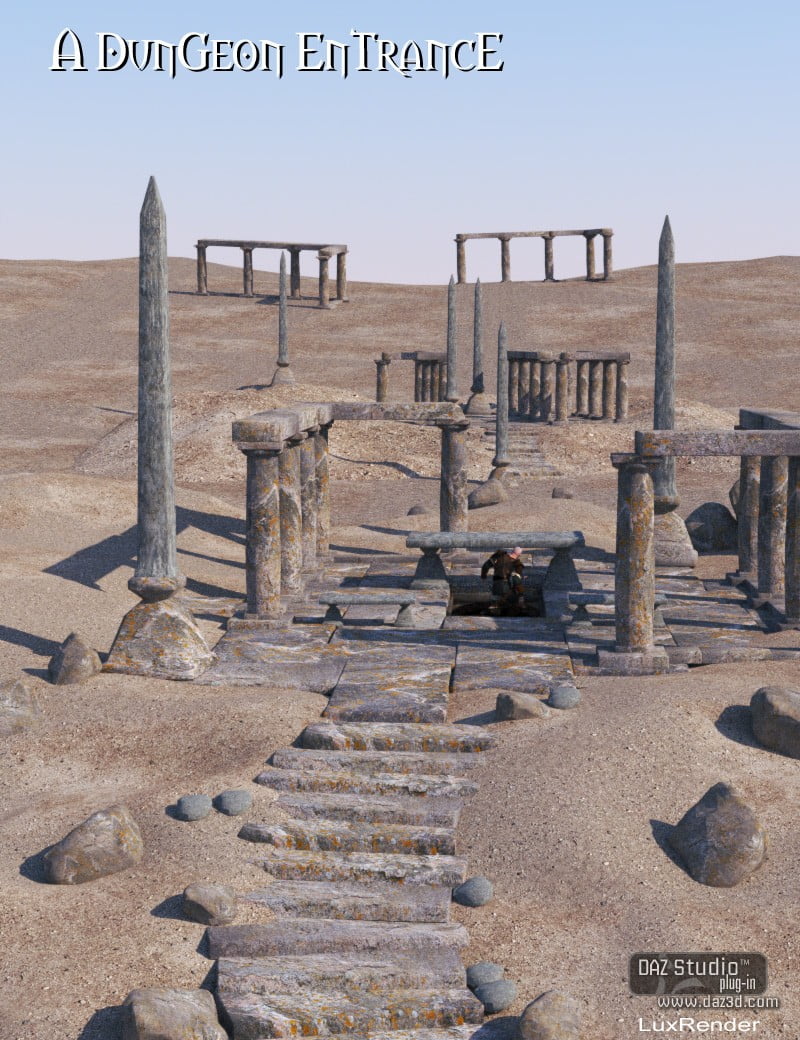 Hidden amidst deep sands and cliffs of solid rock there is a clearing marked by tall obelisks and columns. A quiet place of sacred thought, here in times past people would gather at the altars of stone. Unbeknownst to most, there was another purpose here, a hidden entrance to a secret place far below.

Dungeon Entrance is a full 3D environment for both Poser and DAZ Studio set in distant time. The torch lit walls, the rough cut stone, and the steep stairs all leading into the depths where either unspeakable horrors or unimaginable treasure await. Where it leads is up to you.

The props set comes with a full scene preload, with the claustrophobic dungeon hallway attached beneath the exterior altar and pillars above. A sliding rock slab on the floor under the altar exposes the entrance below.

There is a separate Interior Hall preload that loads at zero position with its own interior light set that focuses on the torch lit interior without the unseen exterior. This interior set is sized slightly larger and includes the wall torches and crumbling rock debris on the floor of the hallway. Please note that the double doors at the end of the long dungeon hall do not open.

All the prop based models can be moved, repositioned or hidden. The obelisks have built in morphs to change their shapes and the iron wall torches that are bolted to the walls have separate transmapped flames that can be hidden or deleted.

The set includes the surrounding desert sand terrain as well as the 360-degree daytime sky dome. The cliff facades can be hidden or removed to quickly turn the scene into a vast horizon or an ancient ritual site in the middle of the desert. There are also presets to add an alternate column setup and a distant set of columns, as seen in the promos. 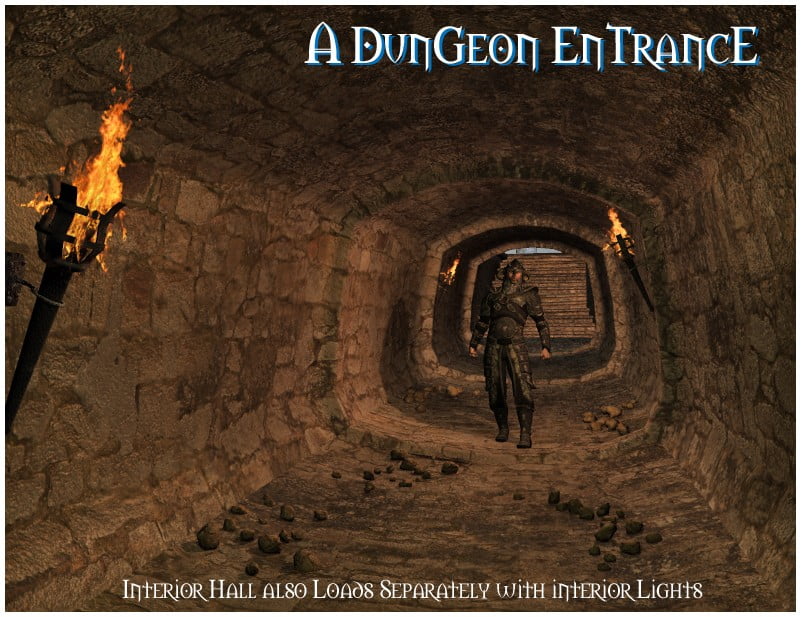