A Touch of Dirt for Iray 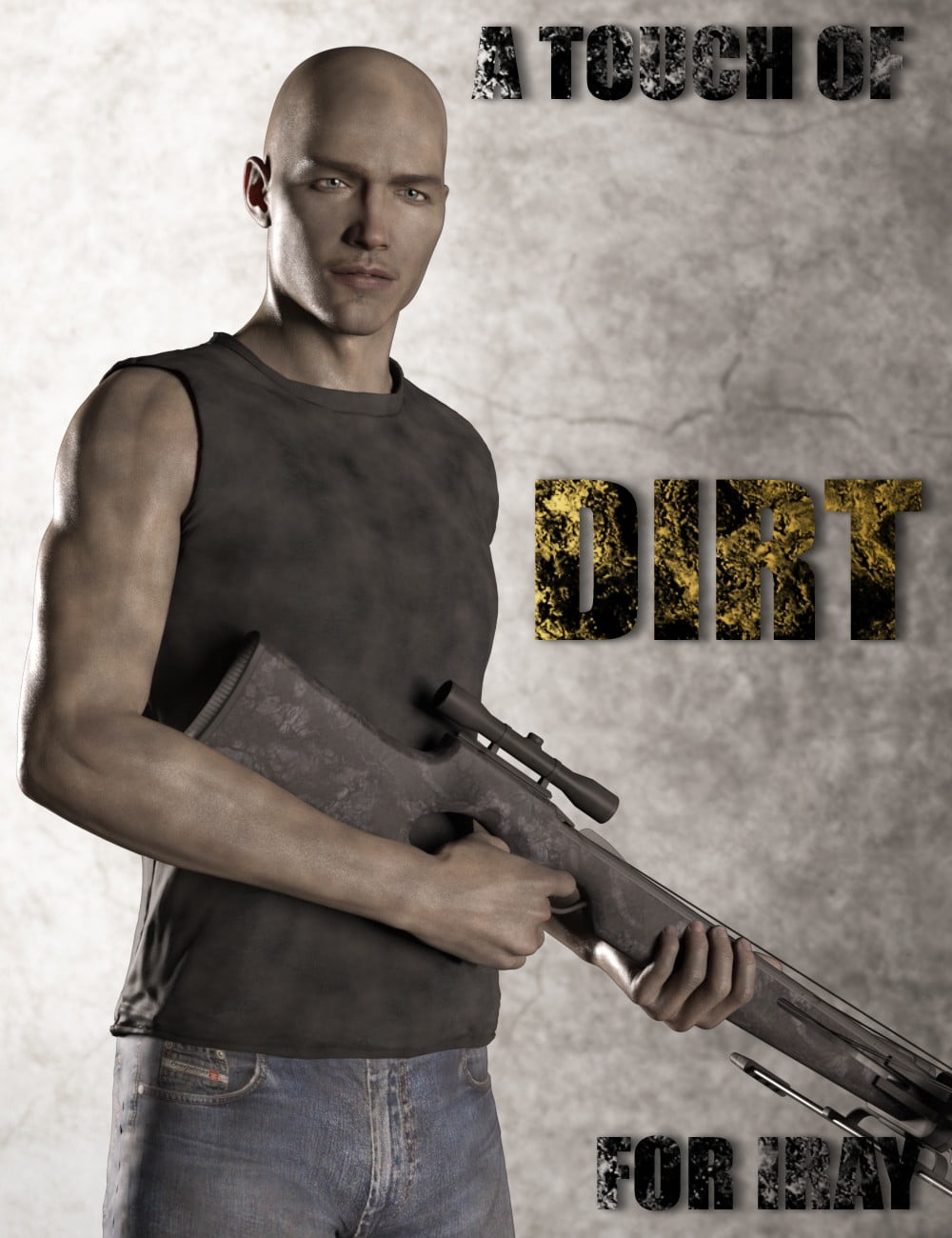 A touch of dirt for Iray will add dirt to any figure or object in your scene.

If you want to get rid of your clean figures, in their clean outfits, holding and surrounded by clean props, this is for you!

Based on the geometry shell technology, the dirt relies on two specially hand made procedural Iray shaders providing a completely seamless dirt pattern on the elements of the scene you have selected, meaning that the result is completely independent of the UV set.

All the tools are provided to make the process easier :

– A first script will apply the dirty geometry shell to all the elements you have selected in the scene.

– A second script provides an interface helping you to manage the dirt properties easier than it is in the surfaces tab.

– A third script can copy the essential maps and maps strengths of the current parent figure of a dirty Geometry shell to the mapped properties of the shell. Indeed the shaders allow the possibility to include some maps too, working together with the unmapped procedural properties. The properties which can be mapped are normal, displacement, bump and opacity.

“It is very easy to use, but if you want to become a real “Master Of Dirt”, a PDF documentation is included in the product, and is also provides links to a youtube video documentation.” 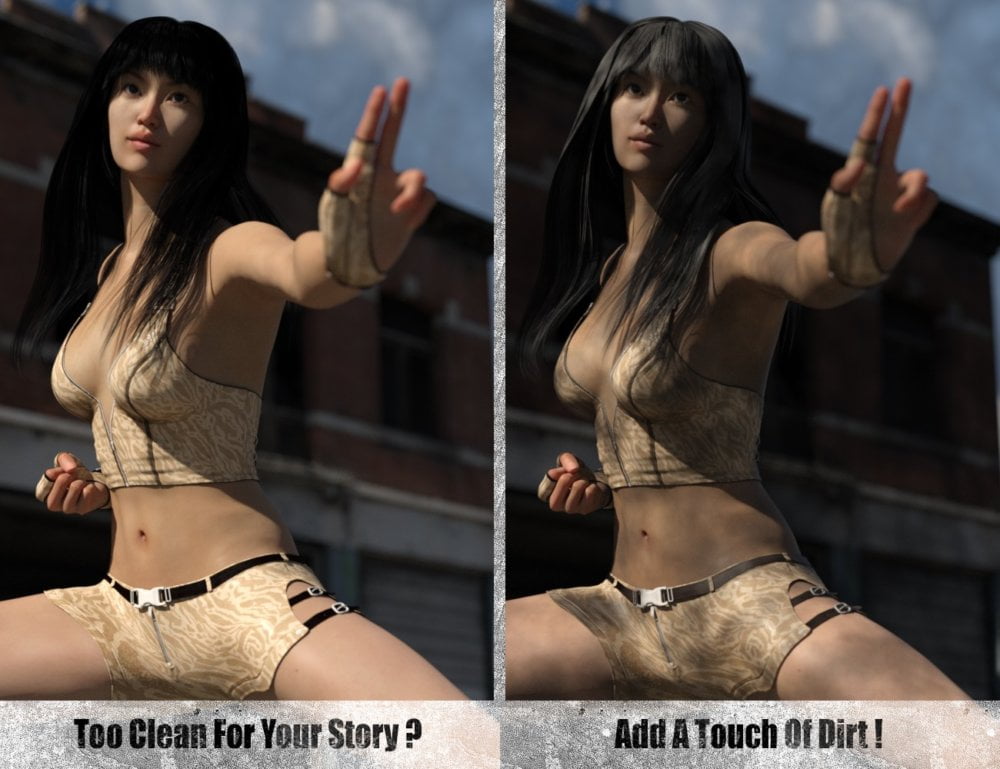 To the Beat PosesToruun for Genesis 3 Male