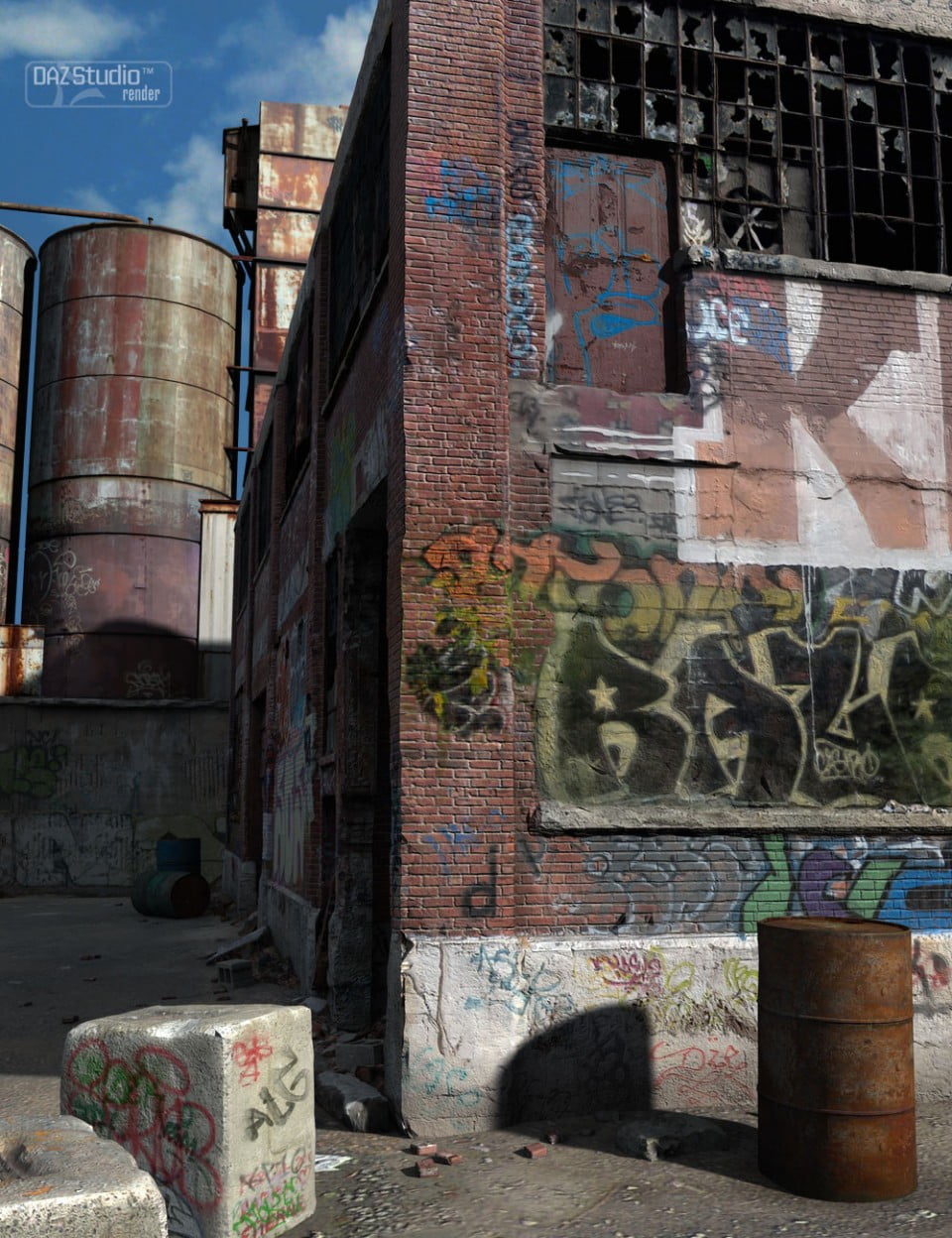 The Abandoned Factory is a decrepit building, full of graffiti. Perfect for your Post-Apocalyptic or Zombie scenes. It can be used as a Punk Warrior or Street Gang hideout, or it can also be used as a modern background for fashion or fun action sports, like skateboarding, etc. This product includes two figure/props (the factory and a sky hemisphere) and two light sets for both DAZ Studio and Poser. The Factory has 30 parts or groups (independent bones), for example the main building, the big tanks, the barrels, the pallets etc… Any of these parts can be hidden or not, translated, rotated or scaled depending on your specific needs. The two light sets provided are the basic ones that I used on the promo images except for a few tweaks I made depending on the camera angle.

For DAZ Studio users, I also provided a “ready to render” scene subsets that allow you to load everything including lights and a camera in a single click .
What’s Included and Features 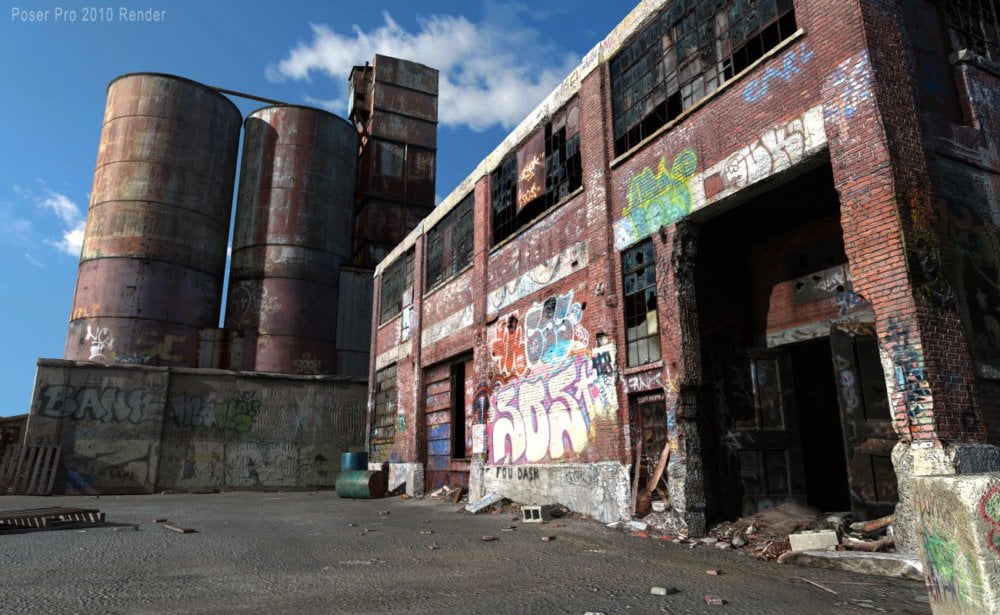