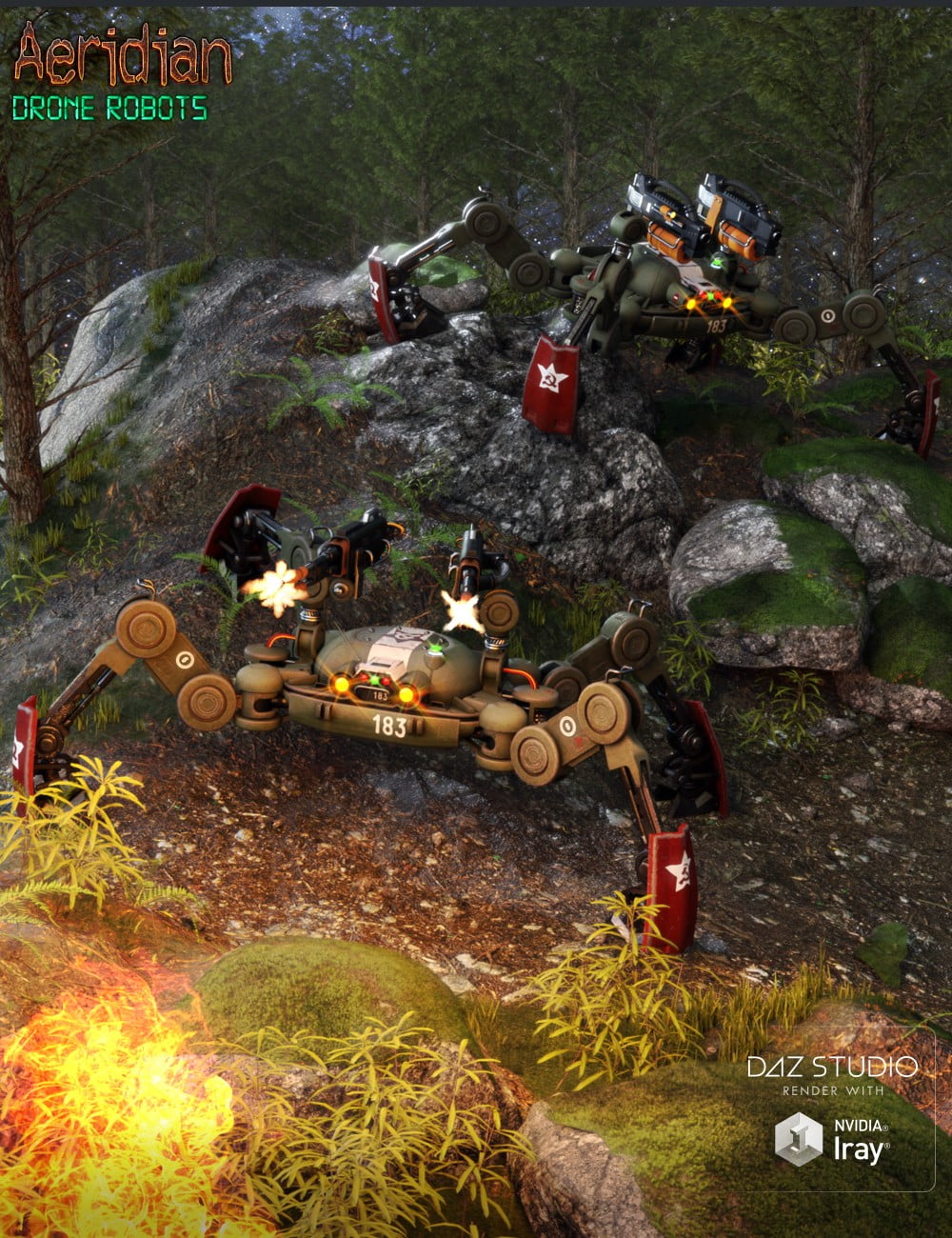 On the frontier worlds, where colonists’ lives were too valuable to risk on dangerous jobs, drones became an invaluable resource. Though barely larger than a man, their AI and multiple legs allowed them the flexibility to perform search and rescue missions, retrieval errands, and combat patrols. It was a common sight on these isolated planets to see a full compliment of the crab-like robots, exploring and defending themselves against interlopers as they went about their tasks.

Includes three different drone robot figures – a harvester designed for manipulation, an escort for defending the robot pack, and a cargo drone for hauling. All are fully rigged and posable. The combat escort drone also has an optional alternative weapon system. Four high resolution material sets are included so that your drones can fit into different themes, as well as lower resolution versions for those with slower systems and seperate emissive presets.

This set contains only Iray material presets, but the material textures themselves are usable in 3Delight if you wish to manually configure them. 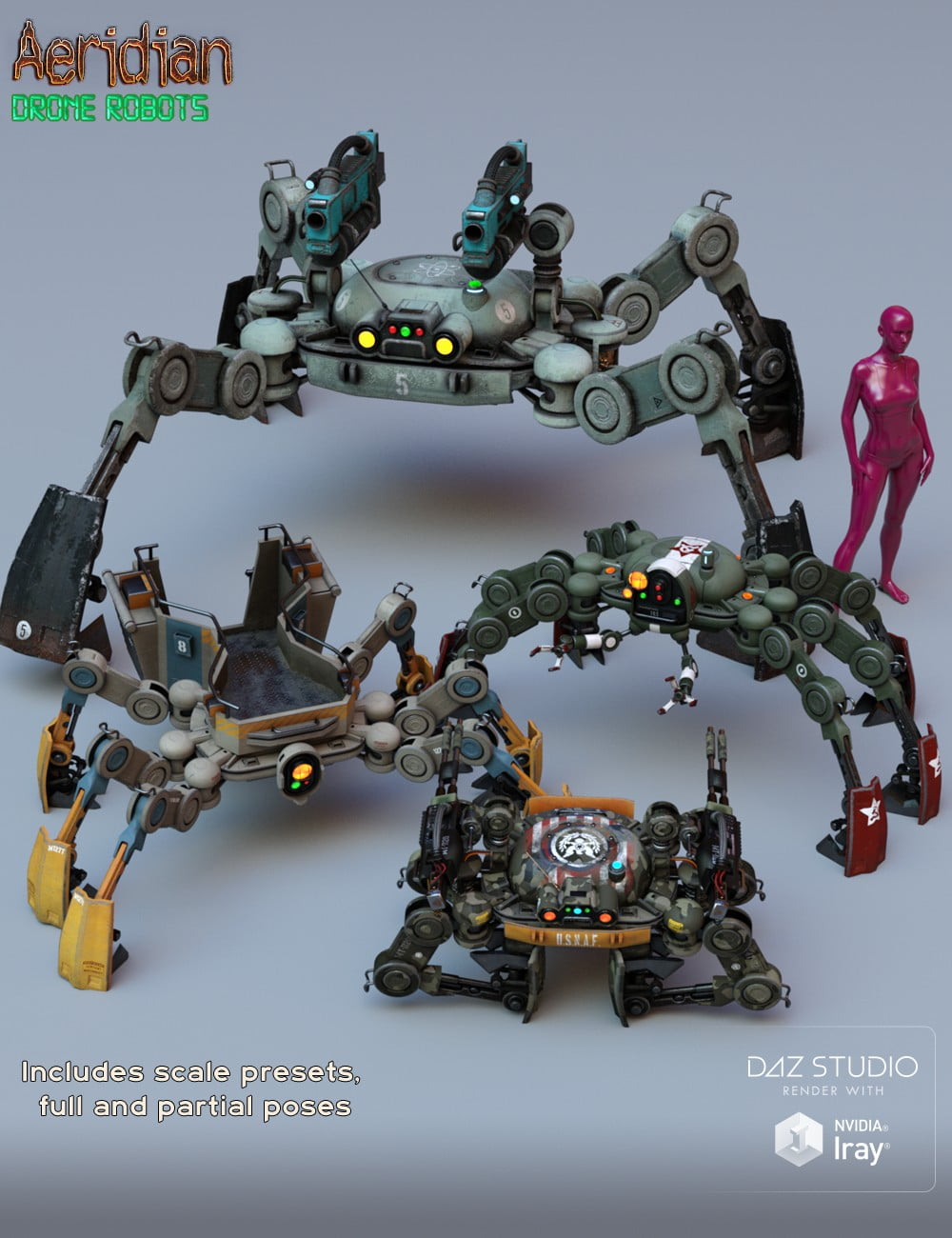