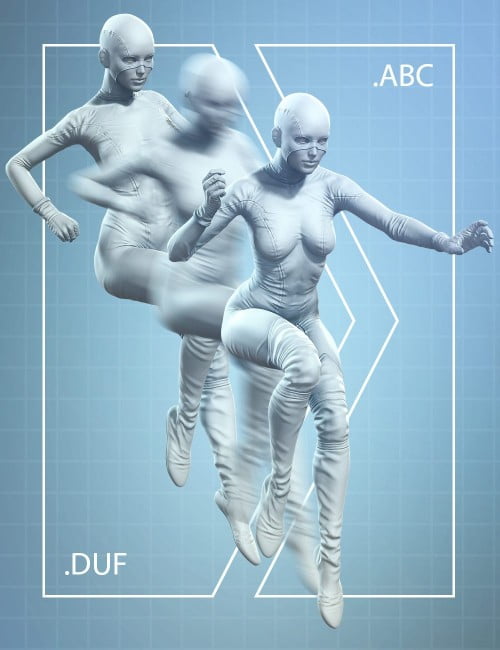 The Alembic format is used in production pipelines involving many of the top 3D modeling/animation applications.
With this exporter plugin for DAZ Studio you gain the ability to use DAZ Studio assets, as well as ?Vertex Exact? animations, in your favorite 3D modeling/animation applications.
One possible pipeline where the Alembic exporter will be useful is when doing the following:
Animate a figure such as Victoria 6 in DAZ Studio
Export to Alembic format
Import Alembic file into preferred 3D application
Set up surfaces, lighting and cameras
Render
The animation of Victoria 6 will deform exactly the same in the target 3D application as it did in DAZ Studio due to the way Alembic handles animation.
Alembic allows you to combine the versatility of DAZ content with the functionality of your preferred 3D application, such as: physics simulation, advanced shaders and lights, physically based render engines, etc.