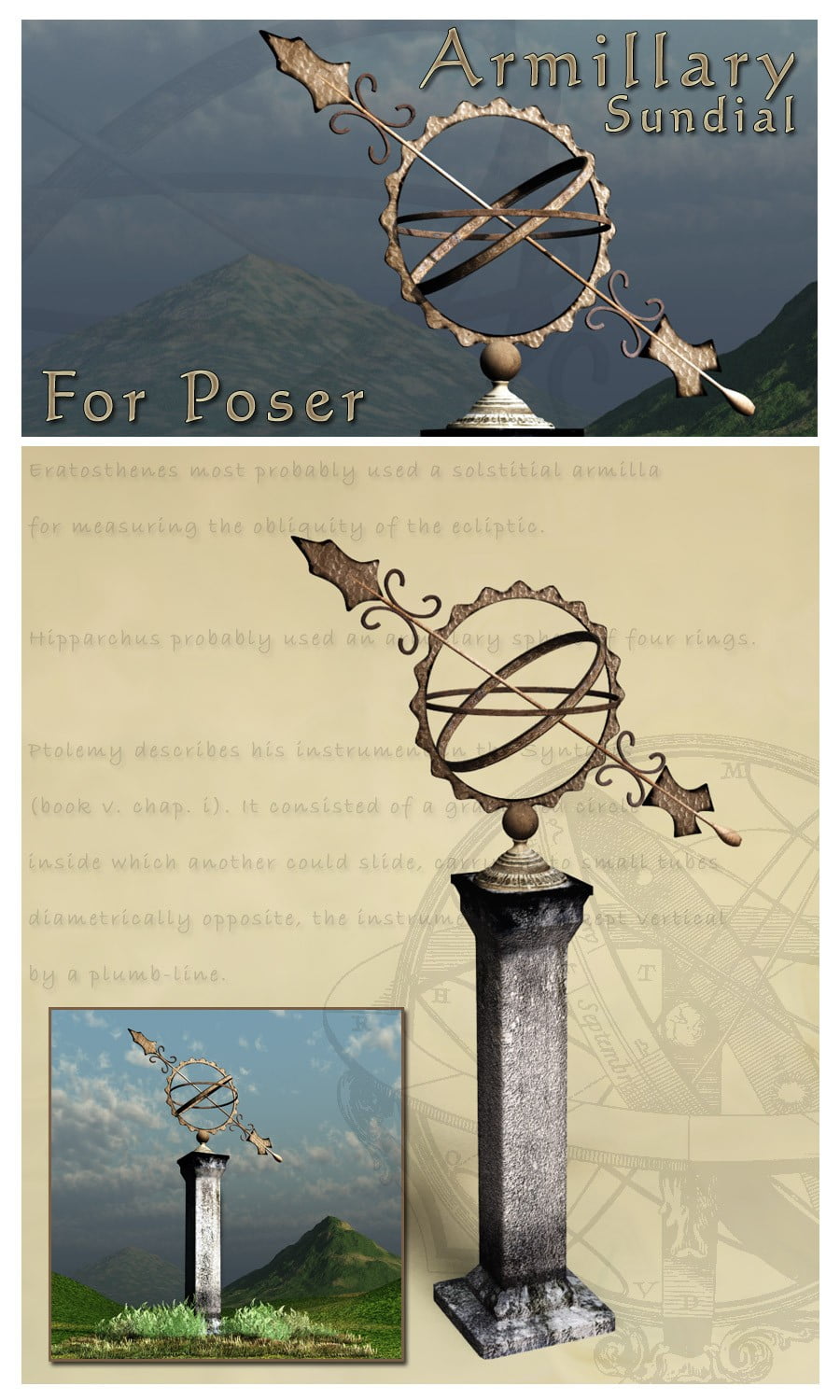 The earliest known armillary sphere was invented by the ancient Greek Eratosthenes in 255 BC. In its simplest form, consisting of a ring fixed in the plane of the equator, the armilla is one of the most ancient of astronomical instruments. Slightly developed, it was crossed by another ring fixed in the plane of the meridian. The first was an equinoctial, the second a solstitial armilla. Shadows were used as indices of the sun’s positions, in combinations with angular divisions. When several rings or circles were combined representing the great circles of the heavens, the instrument became an armillary sphere. 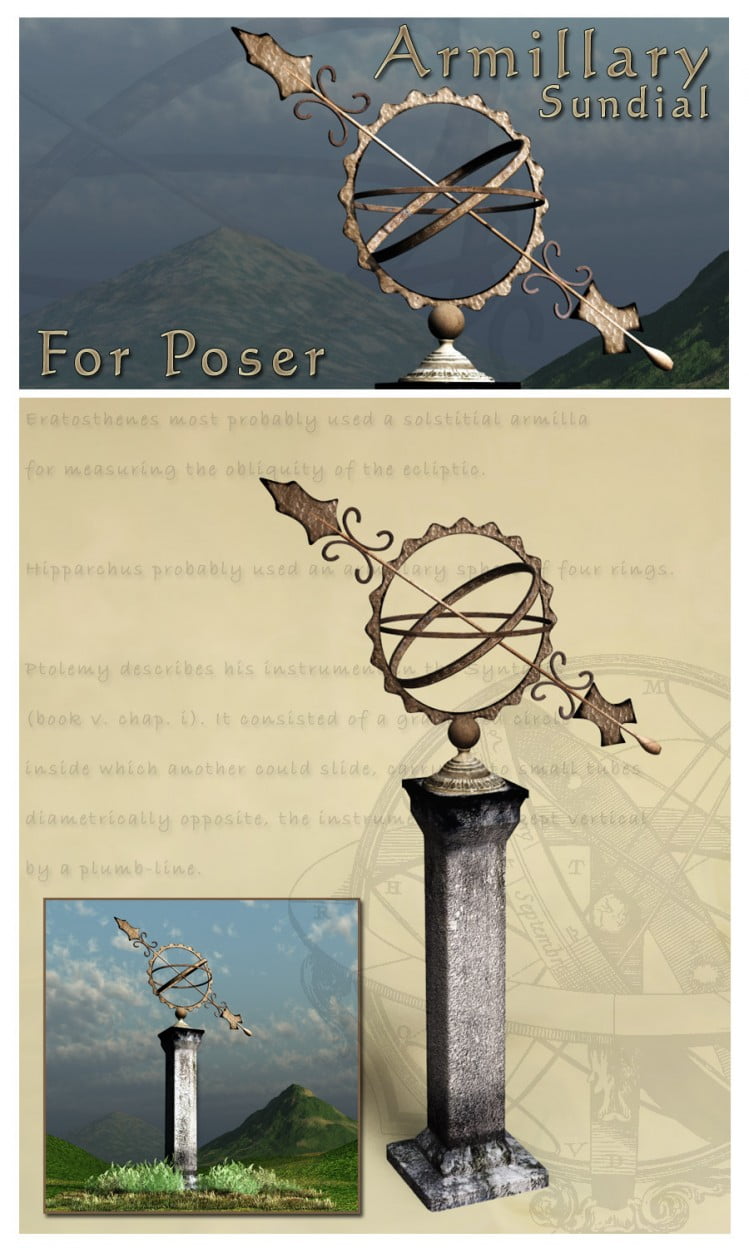