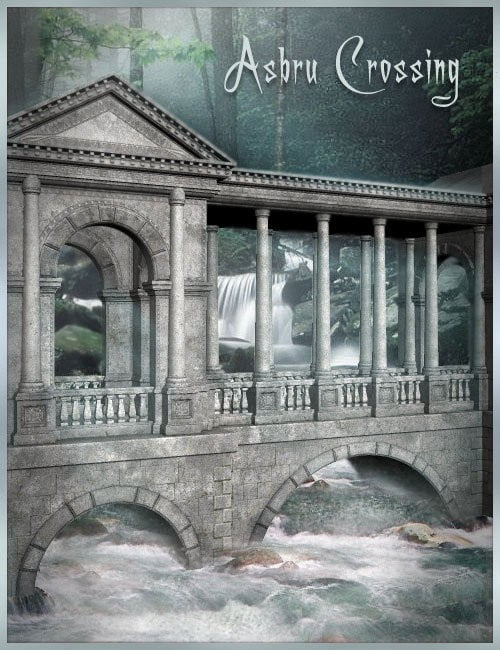 Asbru Crossing features richly detailed objects and textures, large enough for close-up high resolution renders. Because of the high poly count in the columns, these have been separated from the main object to reduce the load on the system.