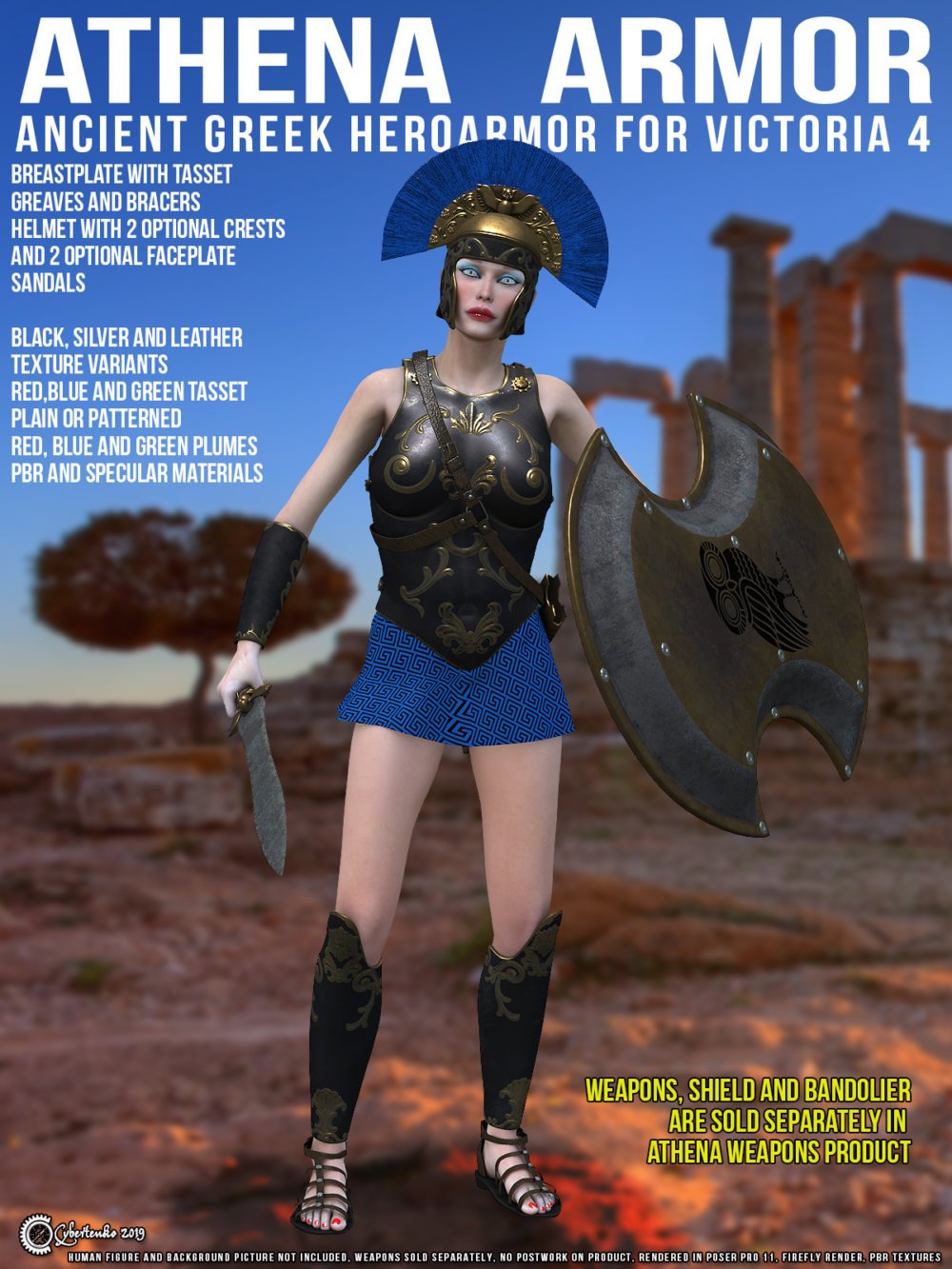 Soldiers of ancient Greek city-states were primarily armed with spears and shields.
Hoplite soldiers utilized the phalanx formation in order to be effective in war with fewer soldiers.
The formation discouraged the soldiers from acting alone, for this would compromise the formation and minimize its strengths.
The hoplites were primarily represented by free citizens—propertied farmers and artisans—who were able to afford the bronze armour suit and weapons (estimated at a third to a half of its able-bodied adult male population).
Hoplites were not professional soldiers and often lacked sufficient military training.
The richer upper-class hoplites typically had a bronze cuirass of either the bell or muscled variety, a bronze helmet with cheekplates, as well as greaves and other armour.
The design of the helmets used varied through time.
The Corinthian helmet was at first standardized and was a very successful design.
Our model represent typical hoplite armor – muscled breastplate with tasset, greaves, bracers and corinthian helmet with several interchangable crests.
This is addon for my previous Michael 4 greek armor, made from scratch for Victoria 4. 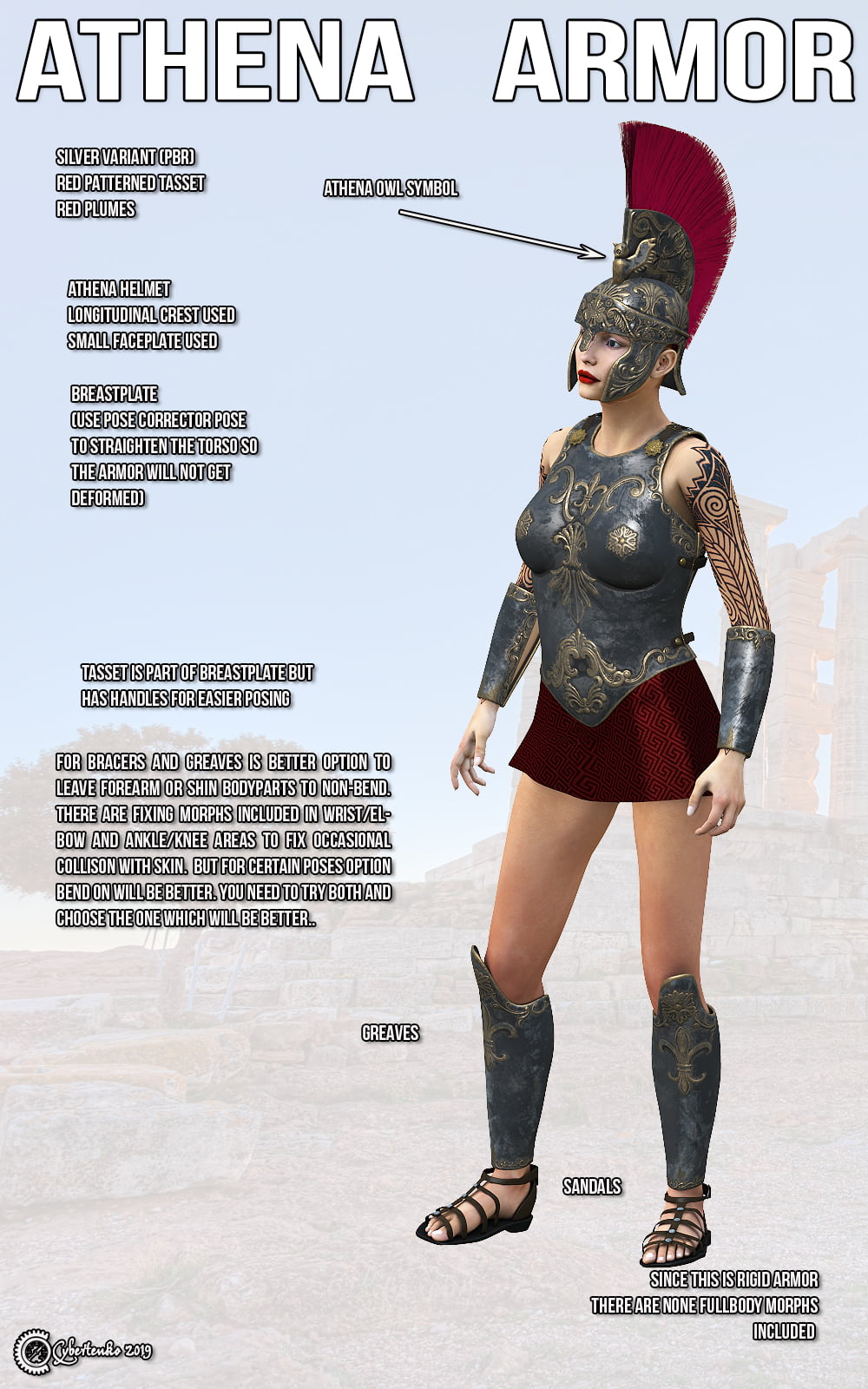