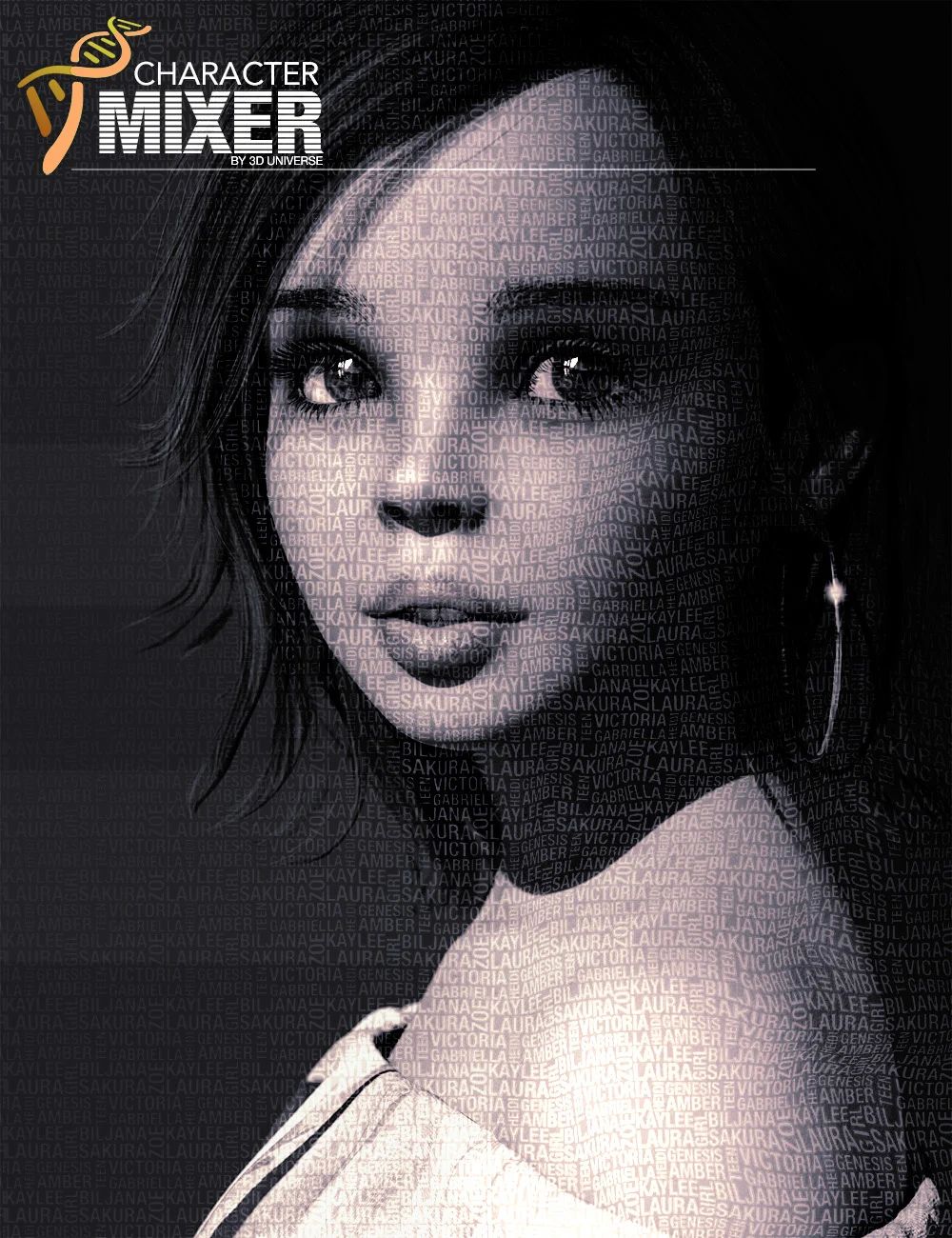 Character Mixer makes the most out of the Daz characters that you own, allowing you to quickly create unique characters by randomly, yet intelligently mixing-and-matching morphs from multiple Artists.

Using a powerful yet simple interface, you select which morphs you’d like to include in the randomization process. You can even save favorite selections to presets for easy loading at a later time.

Control the style of random character, which artist morphs to include or exclude, how many morphs to randomize and many other options to create the most unique characters possible with the characters that you have in your library.

This application will automatically include all the relevant morphs in your libraries, so if you add a new character – it will be included automatically!

Best of all – the script works on most Daz Studio figures Genesis through Genesis 8! 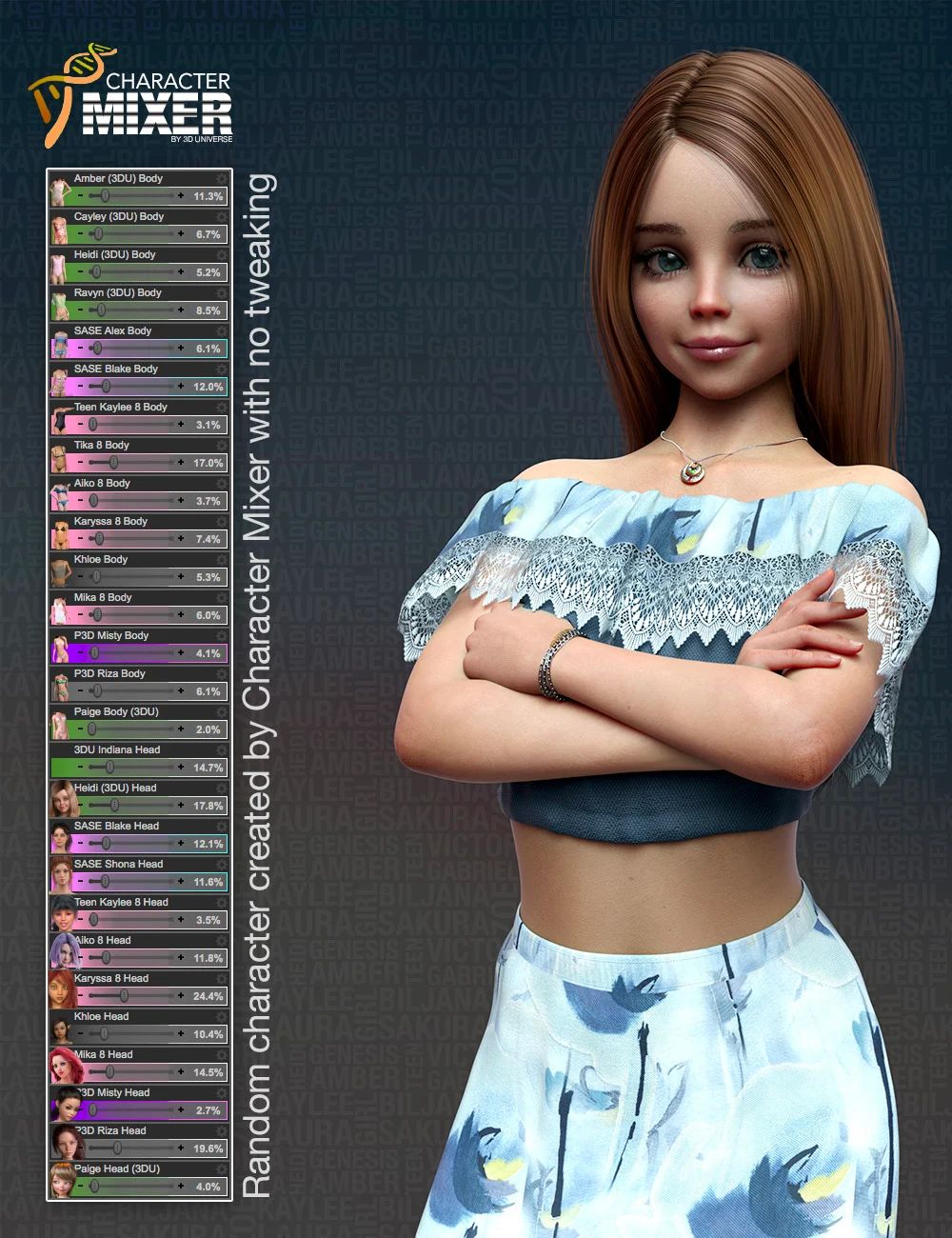