INEMA 4D Studio is the very best that MAXON has to offer for professional 3D artists. If you want to create advanced 3D graphics but need a helping hand to ensure you create jaw-dropping graphics quickly and easily, then this is the choice for you.

As well as containing all of the features found in CINEMA 4D Prime, Visualize and Broadcast, CINEMA 4D Studio adds advanced character tools, hair, a physics engine and an unlimited client network for rendering. The result is that CINEMA 4D Studio can tackle any project you throw at it with ease.

CINEMA 4D Studio’s character tools make it easy to create character rigs and advanced character animations. Adding hair or fur to characters is fast and simple with a powerful suite of hair tools that let you grow, comb, style and animate. The physics engine makes it simple to perform complex collisions and interaction between objects, be it just a few or thousands. Network rendering allows you to take advantage of all computers on your network to help render your animations faster.

Despite being designed for advanced 3D, the extra tools found in CINEMA 4D Studio are still designed to be user-friendly and intuitive. Generating advanced 3D effects such as hair is surprisingly easy and fast, with CINEMA 4D doing much of the work for you. For example, hair will automatically swoosh and sway as you move your character around; and making thousands of objects collide with each other only takes a few mouse clicks to set up.

CINEMA 4D Studio lets you unleash your creativity and enjoy 3D without limits.

MODELLING
New Knife Tools
The new Line Cut tool lets you draw cuts across one or even multiple objects and tweak them on-the-fly with an interactive preview. You can then lock in new edges, remove parts or split objects based on the cuts you made. With the new Plane Cut tool you can create new edges using the Local, World or Camera axes, or draw a line to define the plane and adjust the position and rotation of the cut numerically or with a viewport manipulator. The Loop/Path Cut tool creates symmetrical loops or paths based on a proportional or absolute distance to the surrounding edges, and preserves curvature when creating new edges. All three new tools are available as separate commands so you can easily access the desired mode via shortcut or Commander.

Set UVW from projection
With the Set UVW from Projection tool you can quickly create and update UV coordinates for multiple objects and even entire hierarchies based on common projections.

ANIMATION
Object Tracker
Reconstruct the motion of the camera and any number of objects to transform a video file into a 3D world. Add 2D User Tracks for key features of the object and assign them to the Object Tracker – then reconstruct the object based on just the tracks or with the help of reference geometry. You can now seamlessly integrate any number of 3D objects into real-world footage with ease.

Parent Constraint
Passing objects from one parent to another is a complex task in 3D animation. Release 18 includes a new parent constraint workflow that is extremely reliable and makes it easy to achieve consistent results.

Quaternions
Gimbal lock causes headaches for astronauts as well as 3D artists. Cinema 4D Release 18 provides a new Quaternion workflow to master this challenge. Enable Quaternion Rotation and the rotation keyframes will be linked and interpolated in a linear or cubic way that eliminates gimbal lock.

Shift Priority
Getting priorities straight can be tricky but this new tag makes it a bit easier. Simply add the tag to a group of objects to shift all of the objects’ or assigned tags’ editable priorities. Use this tag with XRef objects to shift their priorities without affecting the original file.

MOGRAPH
Voronoi Fracturing
Systematically shatter any object into procedural fragments using virtually anything to control the distribution of the shattered pieces. Create artistic procedural geometry using splines, polygon objects or particles. Fracture Voronoi is always live which means you can change elements at any time. As a native MoGraph object it works seamlessly with Dynamics and all the effectors and falloffs you love.

Cloner Enhancements
With the new Honeycomb Array mode you can easily create brick walls and hexagonal grids. Conform grid arrays and honeycombs to the shape of an object or spline, and maintain the clone spacing when you increase count with Per-Step mode. There’s also a new option to scale clones automatically based on polygon size when cloning on an object.

Push Apart Effector
Avoid unwanted intersections and give clones a bit of breathing room with the all-new Push Apart Effector. Simply specify a radius and clones will either push apart, scale apart, hide or move along a specified axis to remove any overlaps.

ReEffector
The new ReEffector offers the ultimate flexibility in your MoGraph creations. It’s like a layering system for Effector setups. Use it as an eraser to restore the original state of MoGraph objects or group Effectors and control them with a single falloff.

Inverse Ambient Occlusion
Inverting the normals when calculating Ambient Occlusion provides a mask of the exposed surfaces, which can be layered to create worn edges or subsurface scattering effects.

Shadow Catcher
Easily integrate 3D objects into photos or live footage with the new Shadow Catcher shader. Simply apply the shader to geometry that roughly matches the footage and composite the rendered result using an alpha that includes shadows.

Parallax
Use Parallax mapping to enhance the effect of a material’s bump, and add a bit more depth to your renders without waiting for displacement.

Variation Shader Enhancements
Randomise the texture and colour on multiple objects or polygon groups using a nearly unlimited number of base textures to create more variation than ever before.

WORKFLOW
Viewport Enhancements
Get a better sense of the shape and placement of your models with Screen-Space Ambient Occlusion (SSAO) and preview detailed displacements in real-time with GPU Tessellation. Use Reflectance Preview to get an idea of how multi-layered reflectance will look on your model, and enjoy a prettier preview especially when utilising an all-reflectance workflow.

Substance Engine Integration
Allegorithmic’s Substances are parametric materials compatible with most 3D applications and game engines. Download compiled Substances and utilise them to surface your Cinema 4D objects. This fully-integrated implementation offers outstanding workflow and flexibility plus options to cache Substances on disk for better performance.

Optimised Preferences
The User Participation data that users have shared has helped MAXON optimise some of the defaults in Cinema 4D to make it easier to use out-of-the-box. The standard Phong angle has been reduced, the figure object now has an appropriate height, and Select Visible Elements is initially unchecked in most selection tools. The default render output is now 720p.

Vertex Colours
Ideal for pre-visualisation with the new Vertex Colors. You can paint directly on mesh without needing textures or having to unwrap UVs. The Vertex Map shader can render Vertex Colours and display them in the Viewport in real-time. Vertex Colours support polygon points or points only, making them a powerful new tool for artists and VFX.

OpenSubdiv Import
With full support of Pixar’s OpenSubdiv library in Release 18, surfaces will look exactly the same in other applications that support OpenSubdiv. With adaptive subdivision and a capable graphics card, users can animate smoothly subdivided meshes and enjoy fast viewport feedback.

Exchange Format Updates
To keep work flowing smoothly between applications, compositors and game engines, MAXON continuously updates and enhances Cinema 4D’s support for FBX, Alembic and other formats. In Release 18, FBX and Alembic support Subdivision Surface Crease weights and Vertex Colours. FBX can now embed Substances and their attributes, and custom presets can be stored in the OBJ import/export dialog. 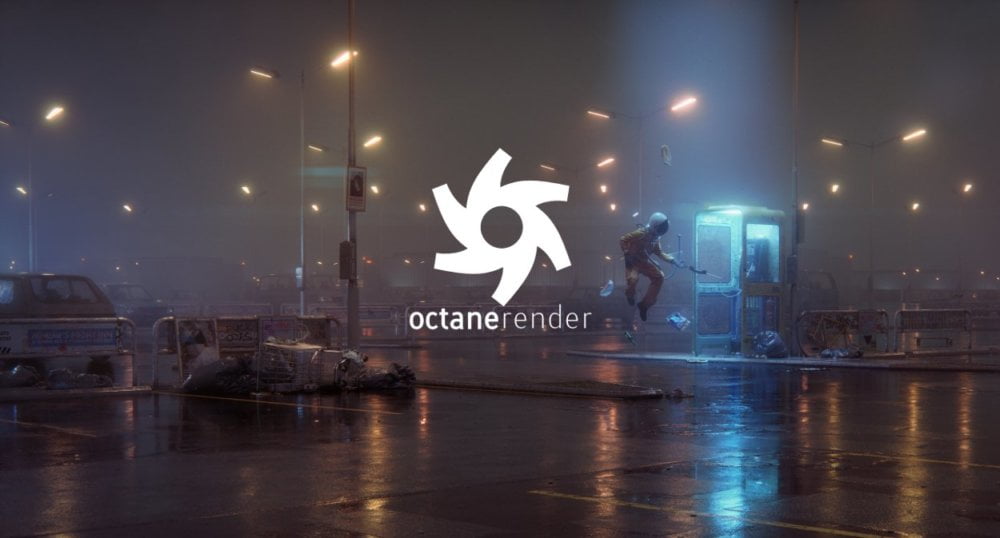