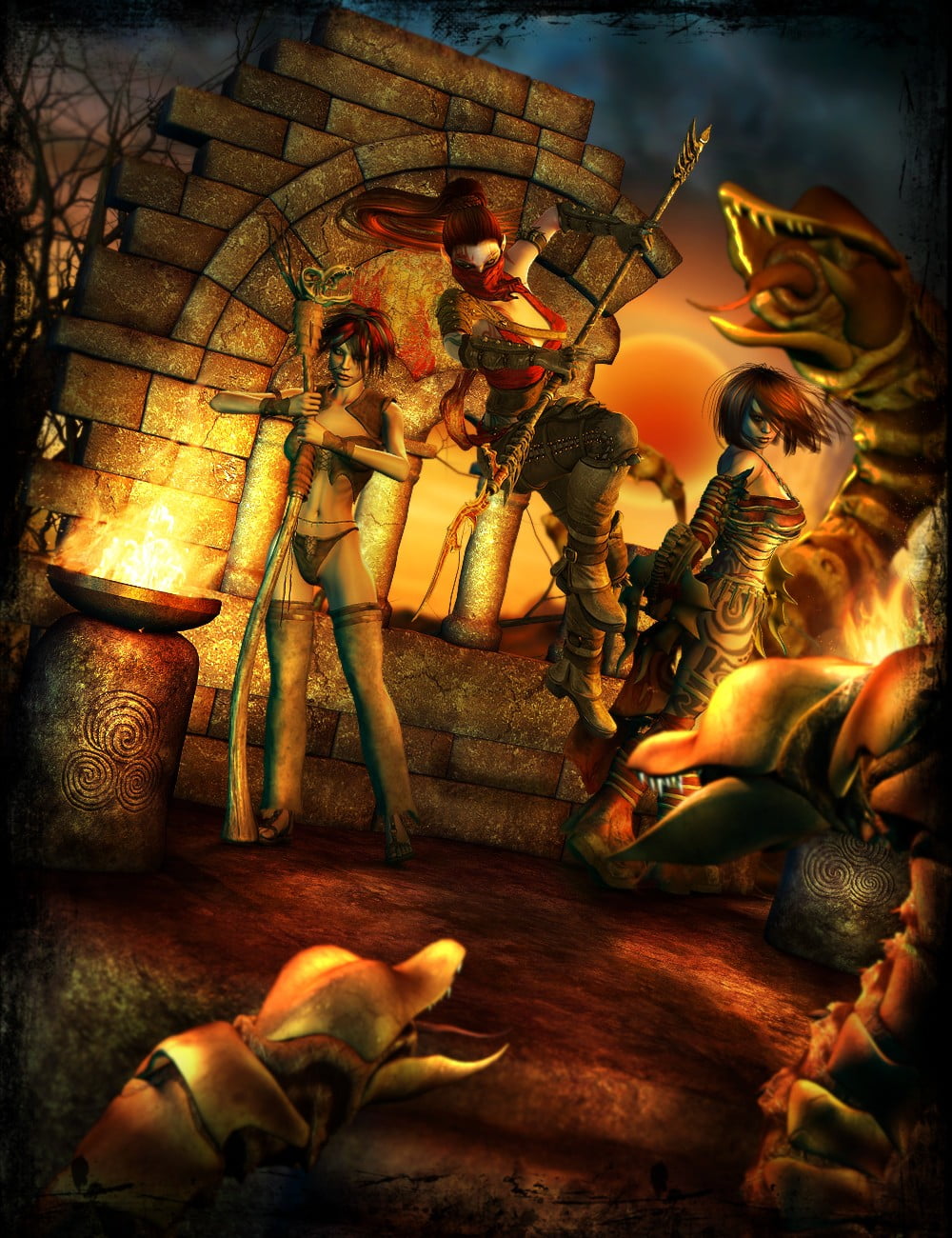 Mysterious and deadly… she is a skilled Sarotu warrior, among the finest of their kind.

She is bred for war and spilling blood is her trade, as is the trade of all Sarotu.

They are marked by red tattoos that are the trophies of the fallen… each one representing a victim they laid to waste.

But this one has somehow… turned. She fights for humans… and spills the blood of her own kind.

And each of her own that is slain, is marked in the color Viridian instead.

Such a blasphemous traitor would be put to certain death by the Sarotu.

However, her true identity remains concealed behind a mask.

But who is she, really? A question that goes far beyond race or alignment….

For the darkest secret of all, lies behind her shroud. 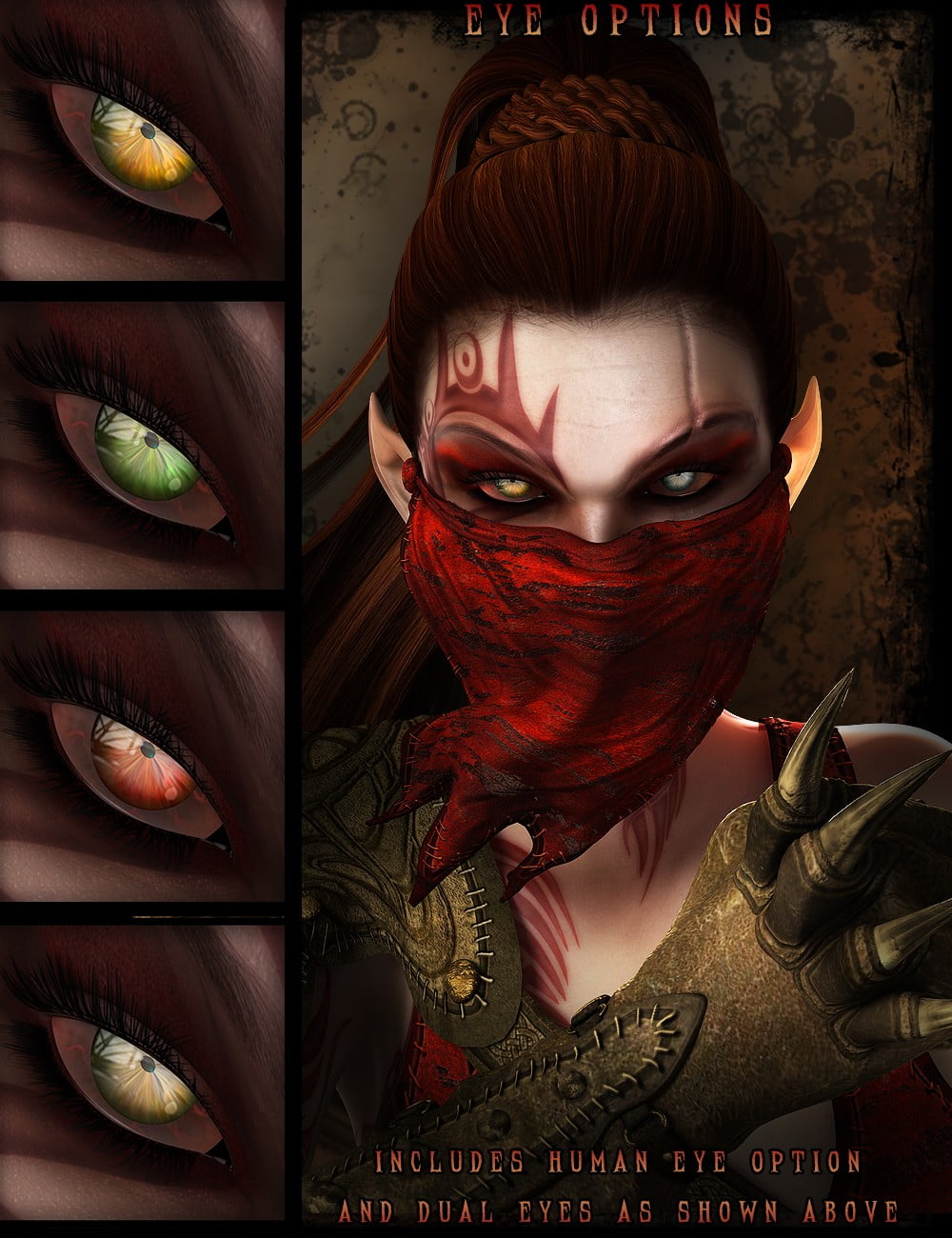