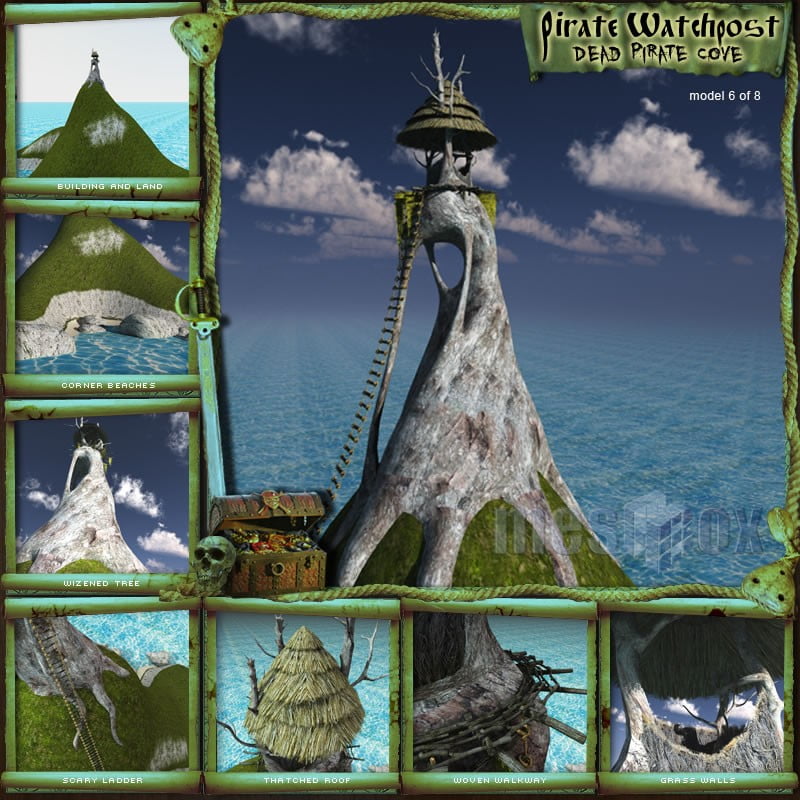 Dead Pirate Cove Volume 1 is an island where pirates may walk, sometimes as living, breathing men, others as ghosts of their former selves. Rough buildings dot the tropical island, showing both their intended use and disuse. The island is divided into sections, allowing you to reconfigure the island by placing portions close together. Dead Pirate Cove Volume 1 is the Halloween release of Meshbox Design. For Poser and Daz Studio. 268 Mb 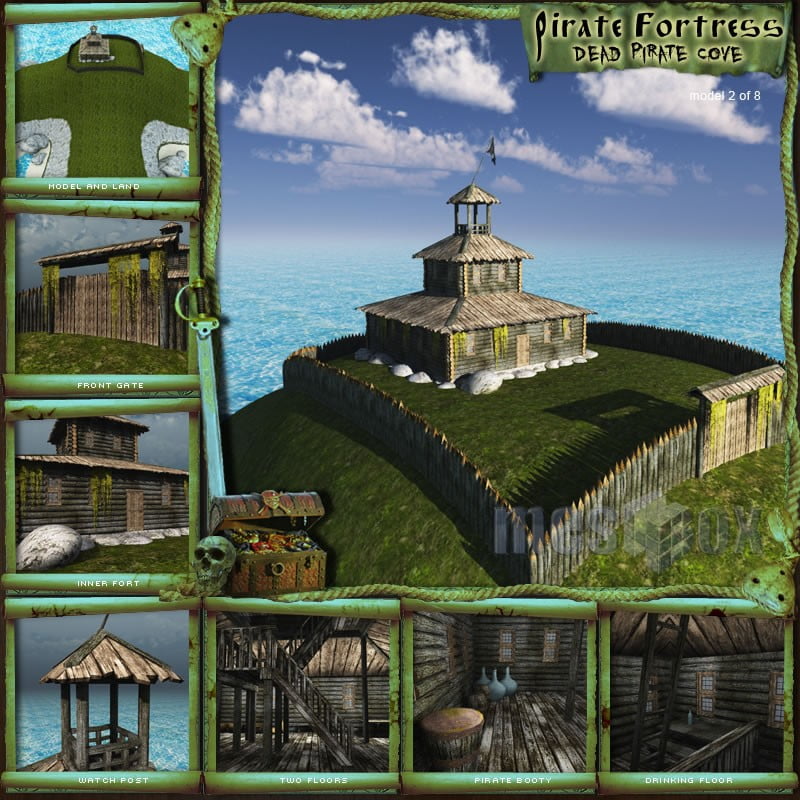