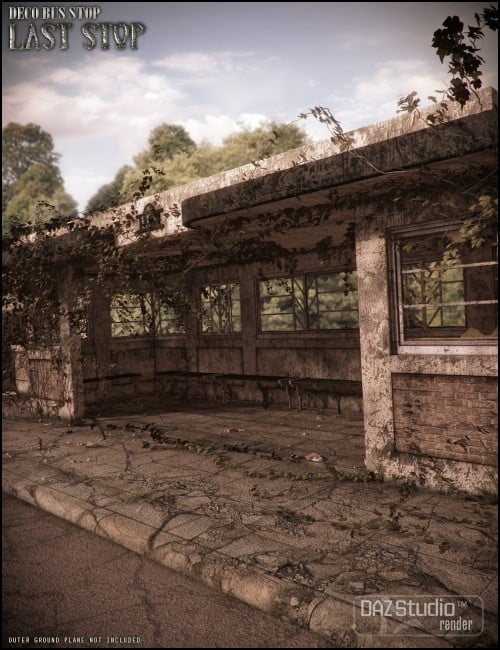 Last Stop is a texture addon and expansion for the Deco Bus Stop, turning the 3D model into an abandoned and ruined structure which has clearly seen better days. This set great for use in a zombie apocalypse or a similar disaster. 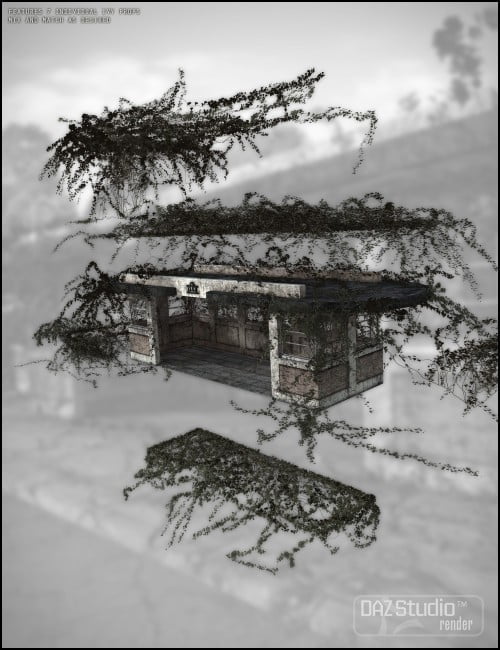