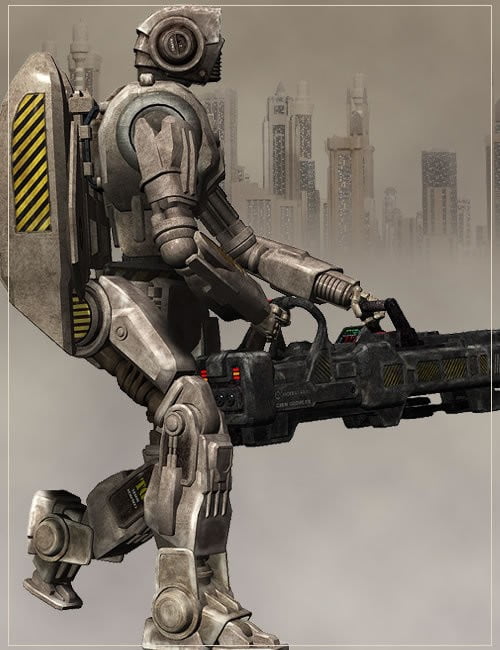 Recognizing that conflict would forever be a part of survival, Drone Trooper units were produced in vast quantities. While primarily ground based, the need for limited aerial capability was quickly addressed with the release of the ‘jump pack’. It locks on with the standard Y-H brace to the back of the trooper, the onboard navigational computer interfaces with the trooper’s motion control system and allows full integration.This pack also includes several original ‘Moebius arms’ weapons