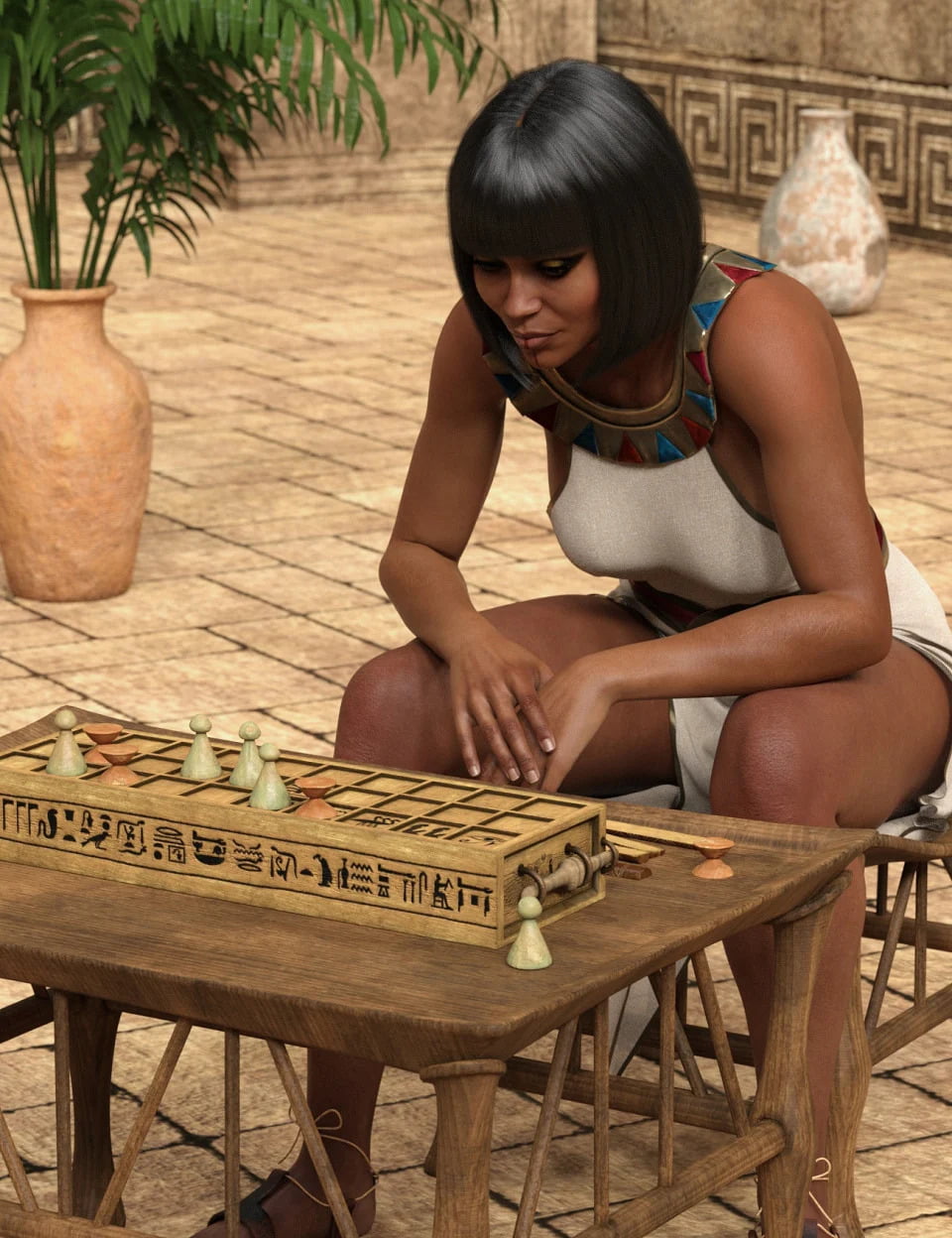 In the ancient Egypt Senet was the most popular game.

Egyptian Senet Game and Poses for Genesis 8 is a faithful 3D model of this ancient game. In this race game with 30 squares, the first player to move their pieces off the wood won. Players could pass and block their opponents’ pieces and even send them back to start.

Four casting sticks to determined the number of moves, flat and white on one side and rounded and painted on another. Only the white side was counted.

Senet was played by both the rich and poor alike, so every one of your ancient Egyptian characters will want a turn. Get Egyptian Senet Game and Poses for Genesis 8 for your historical and ancient Egyptian scenes.