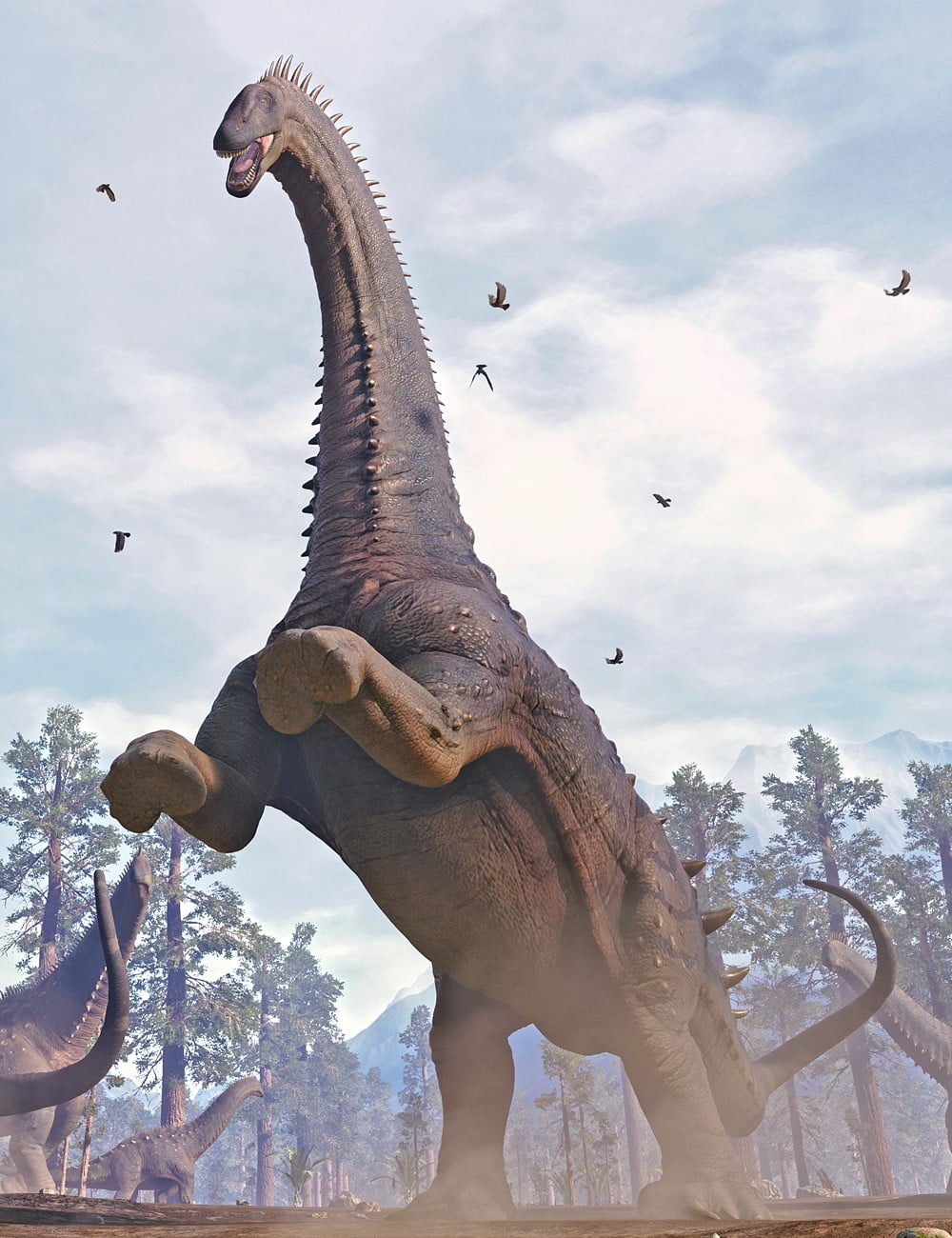 Elasmosaurus was a long-necked marine reptile that grew up to 46 feet in length or 14 meters. Half of its length was its neck, which had as many as 76 vertebrae in it in comparison to people having 8 neck vertebrae. Elasmosaurus had four long, paddle-like flippers, a tiny head, sharp teeth with strong jaws, and a pointed tail. It was the longest of the Plesiosaurs. It was a marine reptile but not a dinosaur. It lived in the late Cretaceous period and was believed to have perished the the KT mass distinction around 65 million years ago.

This model’s entire geometry is based on a real model. The real model was sculpted by a company, now extinct, called Horizon, out of LA, California. So the texture you see on this Elasmosaur is my hand painted version of the real thing, that helps give it realistic muscle texture and contour. The photos taken of the texture have to be carefully lit to give the greatest detail without a simulated light source so your renders can be customized to your own light.