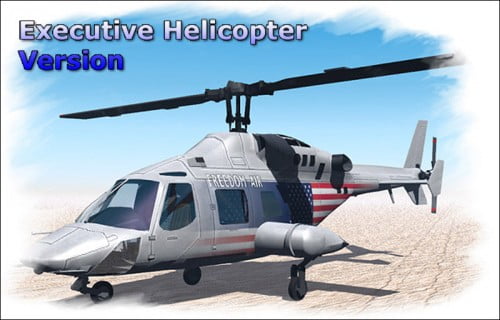 Exective Helicopter for Poser 5 & up, Lightwave 7 & up, and OBJ

A fully-featured helicopter model for your Poser people, this model includes tons of moving parts and three texture sets (with MAT poses)… which makes it perfect for both still shots and animation.

Movement of these parts is easy- just turn the dial on the Body or on the part itself. Full instructions can be found in the readme file.
Full limits have also been placed on the moving parts (where applicable). For example, you CAN NOT move the landing gear or the doors the wrong way, however, the blades DO have a full range of rotation, but they can not be moved in any other direction.

The interior of the Executive Helicopter is a separate figure, for two reasons:
1) You can from the scene if it’s not needed. (Be sure to darken the windows on the Base or you will be able to see the missing interior.)
2) You can replace it with additional interiors.

The Airwolf Bonus files along with a Redwolf/Airwolf II add-on set and 3 other add-on texture sets have been added to the FreeStuff area. Here are the links: 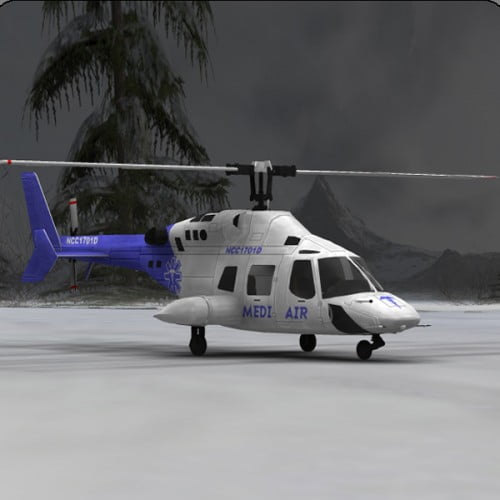