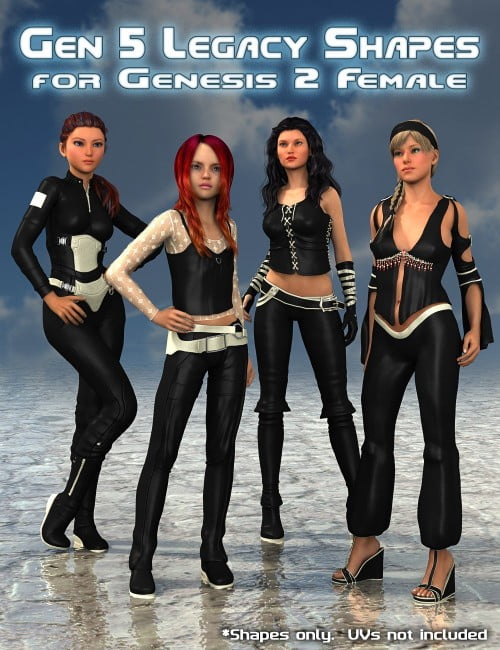 Included with this set are Genesis (1) Basic Female, Victoria 5, Victoria 5 SuperModel, Stephanie 5, Stephanie 5 Curvy and Model Bodies, Aiko 5, and Young Teen Julie. Additional head shapes are included for Stephanie 5 (two additional heads) and Young Teen Julie (three additional heads). Each character shape contains a complete body morph and a separate head morph, which can be dialed out if only the body is required. A basic Genesis androgynous shape with separate body and head morphs is also included, but is hidden by default.

Dial in Teen Josie and add a bit of YT Julie, maybe some of Stephanie 5’s head and Victoria 5 SuperModel. Many combinations are possible. Each Legacy Shape also contains a preset to quickly add in 100% of the shape, as well as a preset to remove all morphs associated only with that character, leaving behind any other morphs you have dialed in. Presets for DAZ Studio and Poser 9+ are included, tested in both programs.

*Note: This set contains only head and body shapes. It does not include UVs for skin textures or AutoFIt clones for clothing.

Also available in the store are Generation 4 Legacy Shapes for Genesis 2 Female(s) to add even more possibilities to your characters. 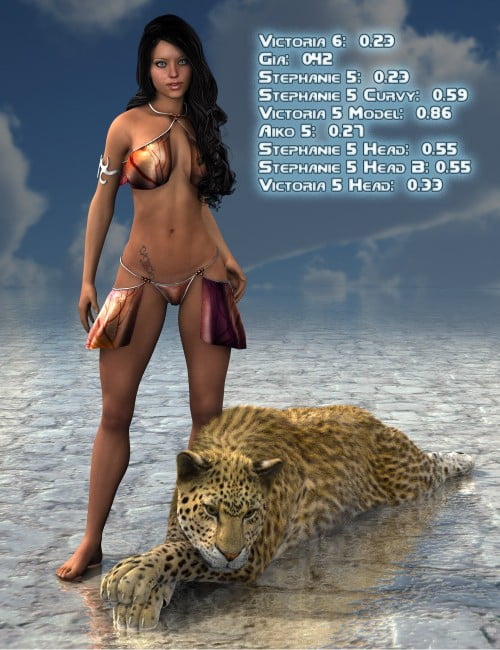