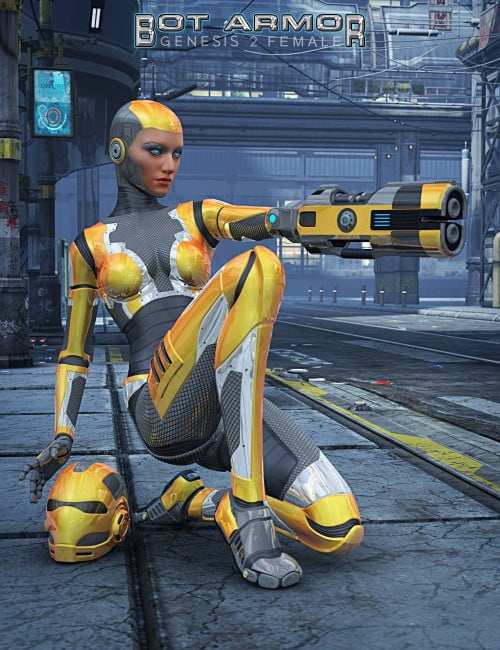 With it’s fully enclosed joints, low profile design and subtle hard edge details, this set leans more toward the android look and is also convincing as formidable body armor. Unlike a standard bodysuit, this set of Geo-grafted body parts can be easily loaded all at once or used in sections: right arm, left arm, right leg, left leg, torso, head and head 2 (option for use without the torso figure). Connection ends match Victoria 6 UV Maps, so you get perfect transitions between metal and flesh. Like Genesis 2 Female, Bot Armor leverages subdivision in DAZ Studio and Poser via the DSON Importer, so you get great curves without the overhead of a higher polygon model. Carefully crafted micro-beveling gives you details that only get better the closer you get.

Bot Armor Set 2 was designed to be an extension set for Genesis 2 Female Bot Armor, but it can be used as a stand alone set as well. It includes alternative versions of legs (with shoes), heavy weapon gun arms, an alternative torso figure with bust detail, and two helmets.

Advanced Textures for Bot Armor utilizes advanced custom shaders and crafted detail to provide a new set of options and a whole other level of intensity for your Bot Armor renders. Nine Material(s) Presets are included for both DAZ Studio and Poser. 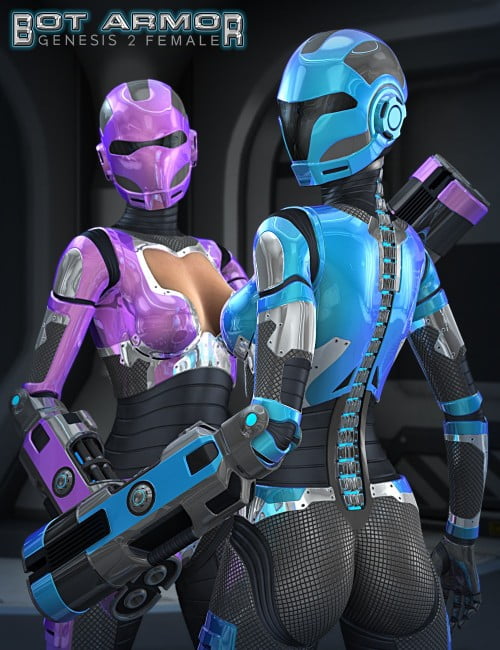