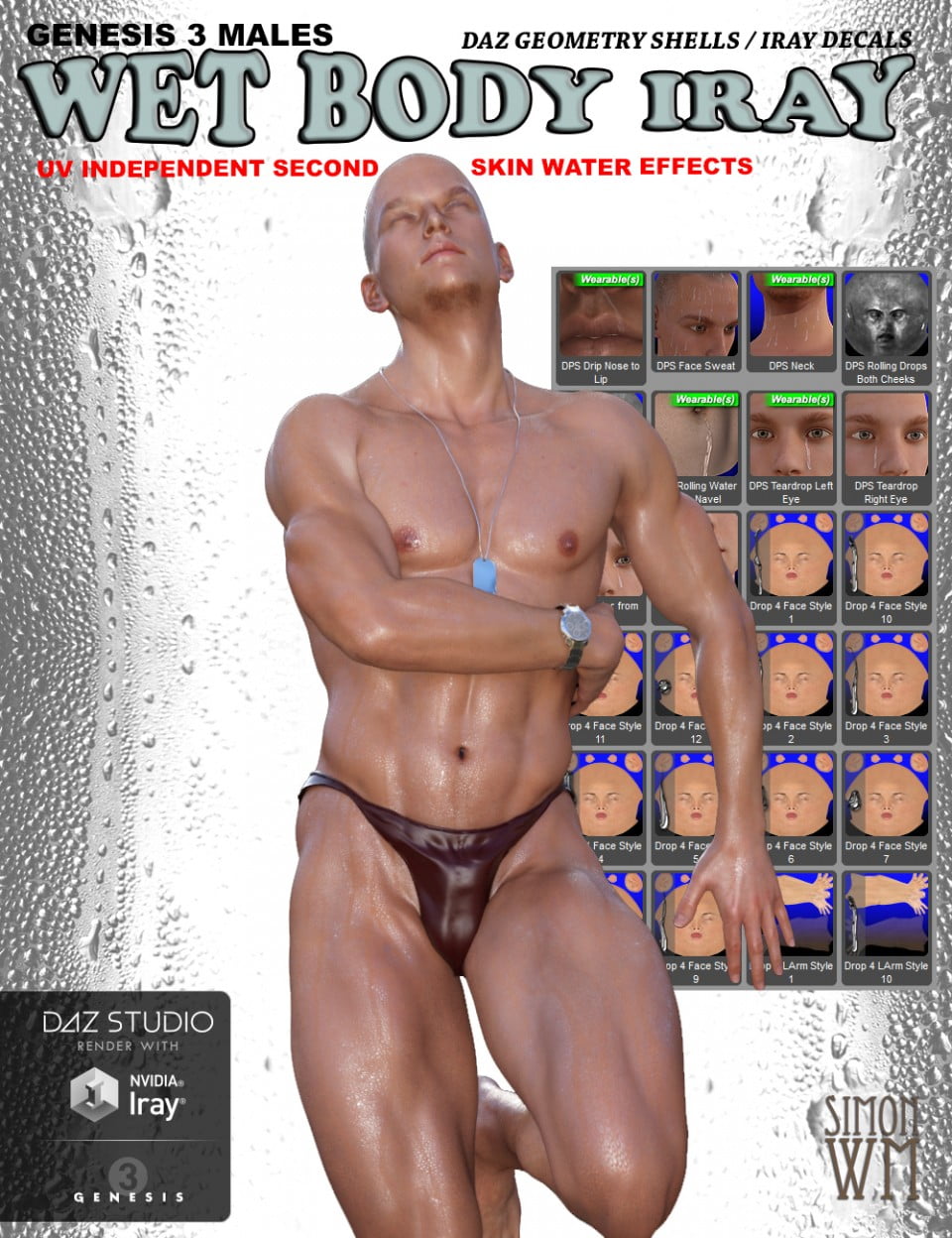 Geometry Shells, Daz native second skins makes this product UV independent. Specially useful on Daz Genesis 3 Figures that are characterized by a variety of different UVs. This means this product is not only compatible with Michael 7 but for every other Genesis 3 Male based character released to the market.

That the water effect resides on a second layer above the character’s skin makes it totally independent from other skin effects you may have setup in your character and want to keep, including the ability to try another character or texture on the fly without disturbing your water skin creations that reside on top.

The geometry shell wet effects are visible in viewport without the need to render so the library of drops can be used fully interactive. This means you immediately see when you load a drop from the library and you can move its position in the character skin by using the HORIZONTAL OFFSET and VERTICAL OFFSET sliders in the Surface Tab without the need to render or open the Layered Image Editor. This only makes correct positioning of drops 10 times faster as well as visualization of final effects.

The new Iray Drop Decals included are an alternative/complement to the geometry shells that are visible in the viewport by activation of the Iray interactive mode. The drop decals allow for drops sliding across skin animation effects using the translate sliders in the Iray Decals Parameters tab.

Geometry Shell Drops are stacked as children of your figure in the Scene Tab so you can toggle on and off visibility of effects and single drops directly on the scene tab.

As with previous sets, with this set you have several double click solutions for full body wet skins, preset pose effects and the ability to detail your particular effect, controlling water placement down to the drop level. Place drops on the forehead of your figure to create a nervous character, or underneath the eyes to create a crying one. Give character to your wet render by having a drop of water come down from the nose bridge to the lip or have water coming out of the mouth. Make it sweaty by having drops slide down from your character’s back, neck, navel, chest or abs. You control your wet scene by having the ability to place your water exactly where you want it. 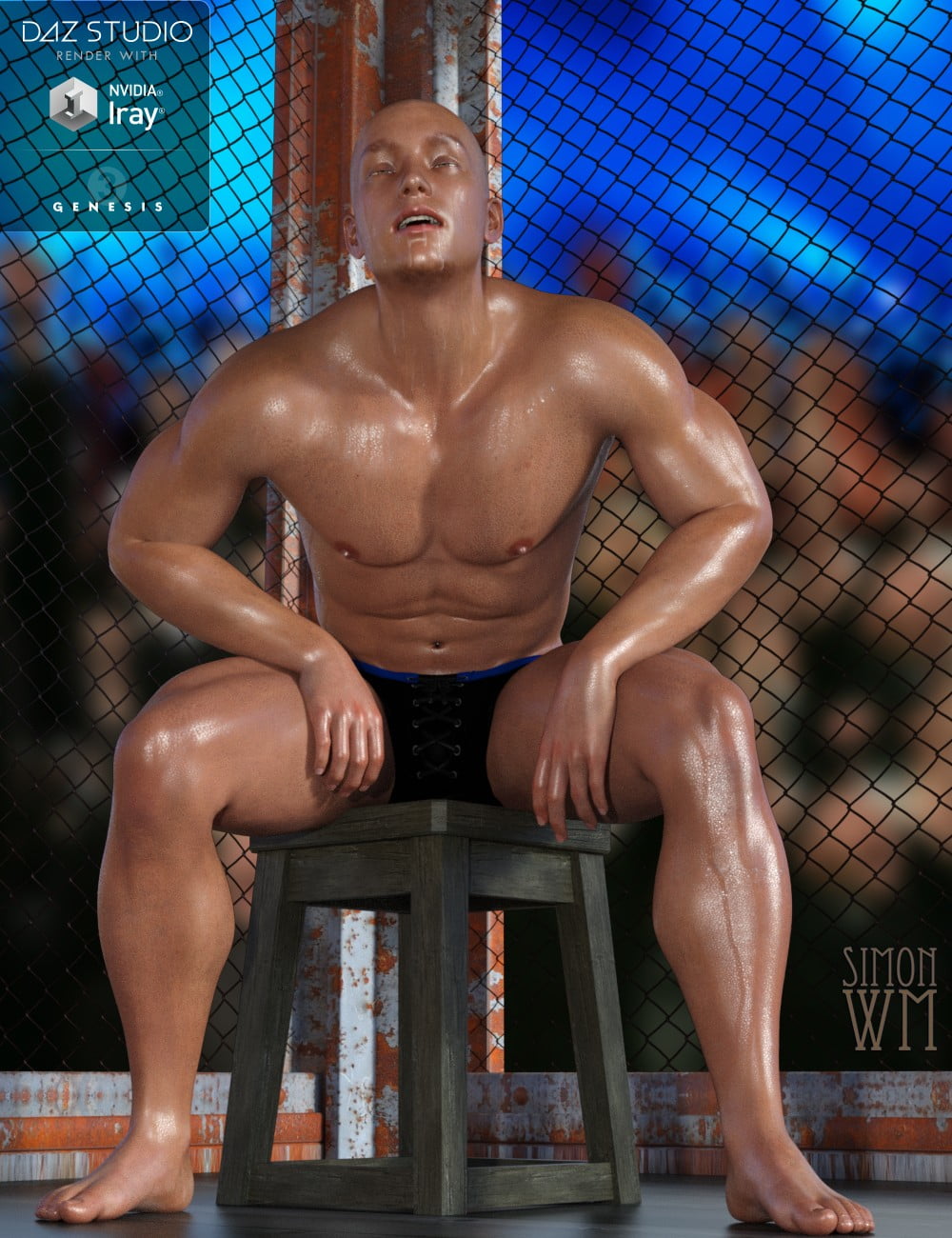