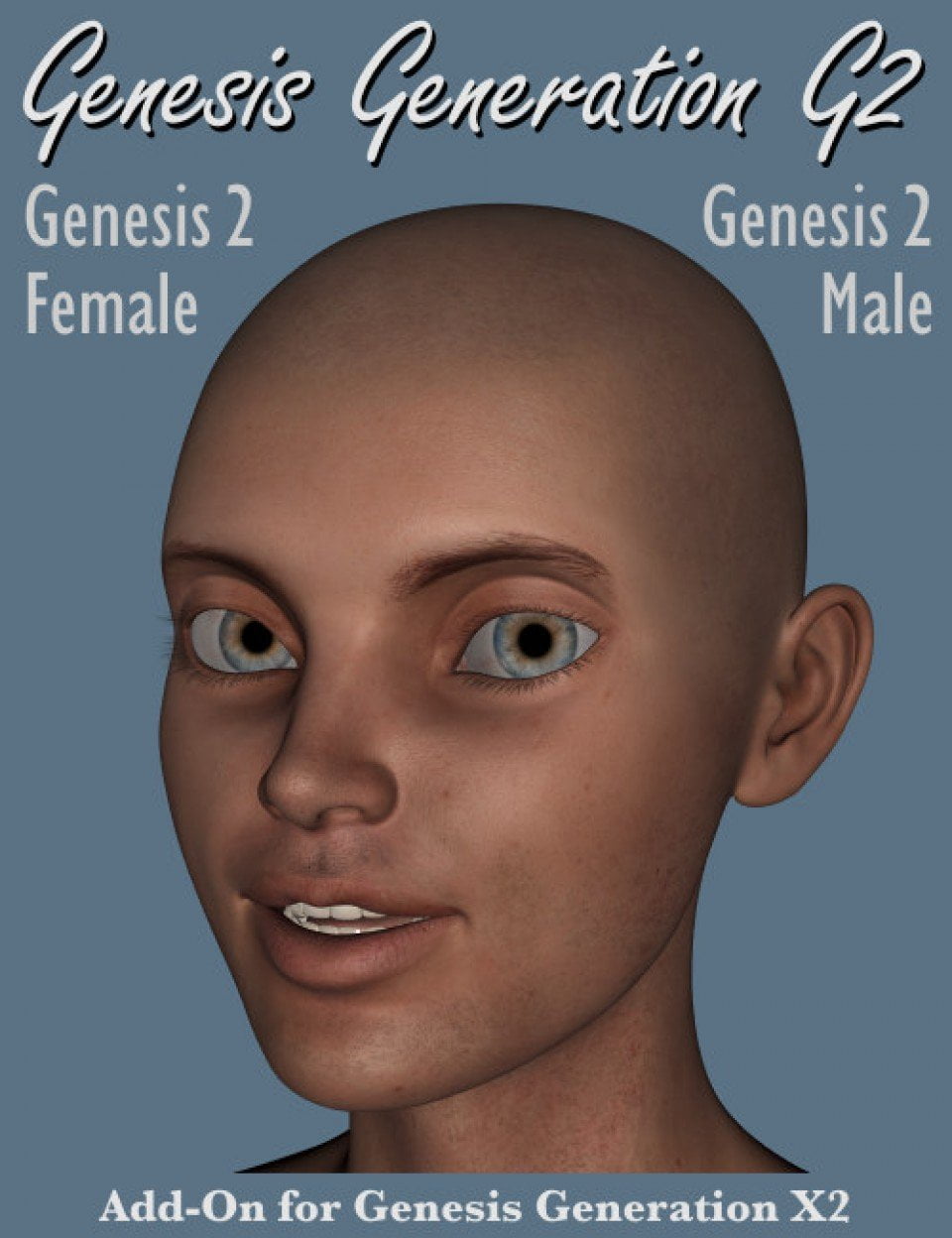 This add-on extends Genesis Generation X2 (GenX2) to the world of Genesis 2. Now, it’s possible to transfer morphs from Genesis and supported Poser figures to Genesis 2 Male and Female. In addition, morphs may be transferred from Genesis 2 to Genesis or between the Male and Female version of Genesis 2. The latter includes HD morphs and is done without re-calculation.
After turning Genesis 2 into the shape of Genesis or one of the legacy figures, you can now give them back all the characters, shapes, and expressions that you have for the original figure. With GenX2, you can transfer all or selected morphs from a supported figure to Genesis 2 male and female. And thanks to the auto follow feature of DAZ Studio, all clothing will also fit these morphs.
With this add-on, you can transfer morphs in any direction between Genesis, Genesis 2 Male, and Genesis 2 Female. It also enables transfer from the generation 4 figures (Victoria 4, Michael 4, and Kids 4) to Genesis 2 Male and Female. Further Poser figures are supported by separate add-ons.
Morphs transferred from Victoria 4 or Michael 4 to Genesis 2 can be used with the following base shapes:

Morphs transferred between any Genesis version will be based on the clone shapes. 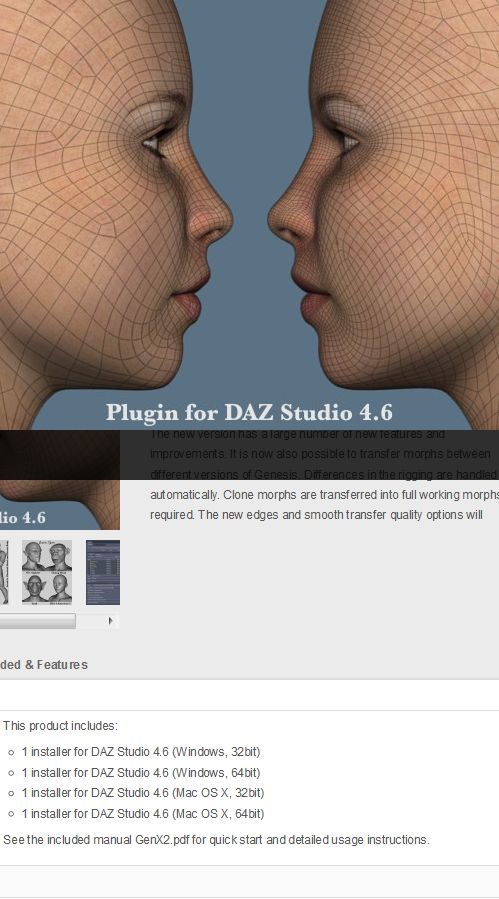