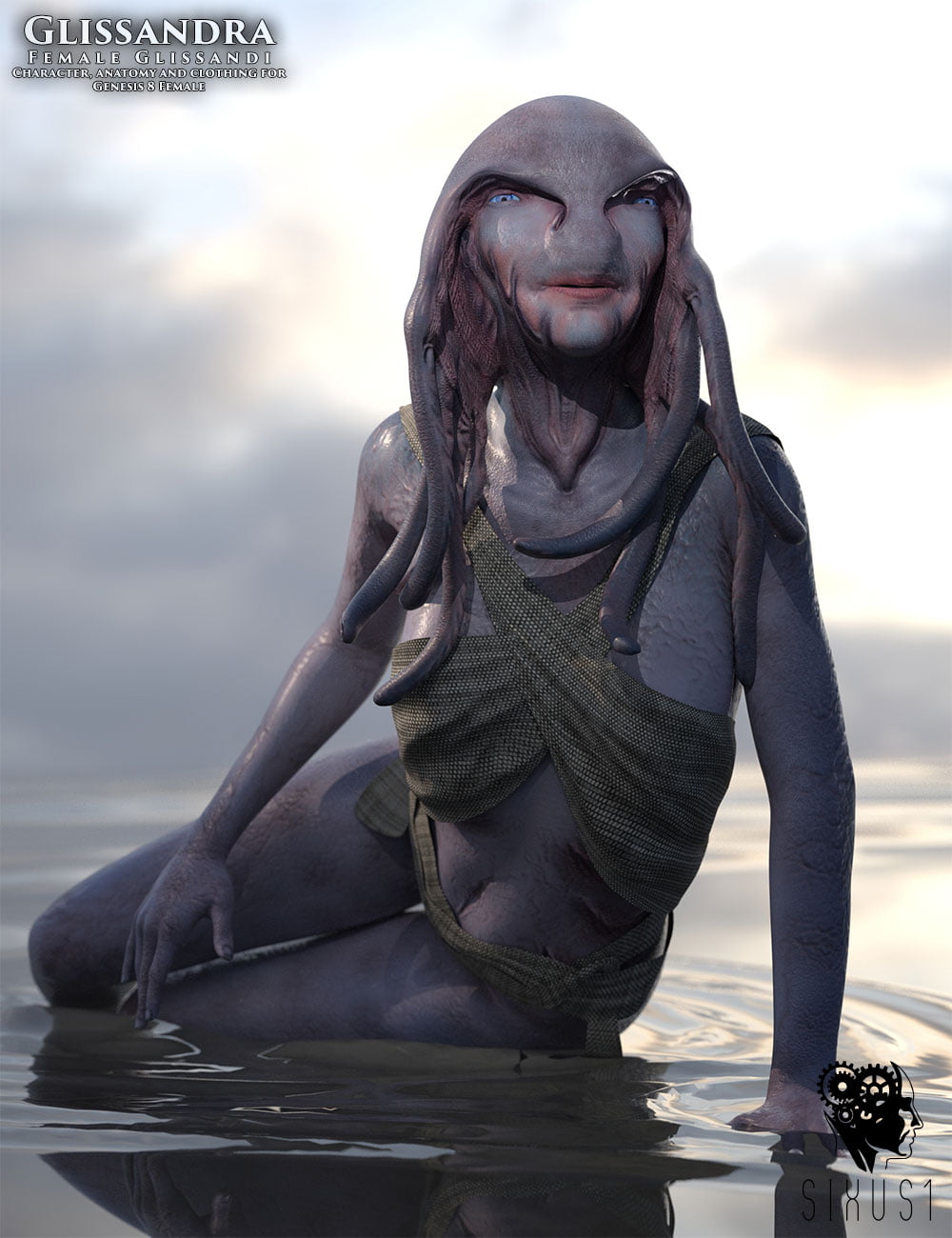 “Glissandi” are a new alien concept from Sixus1 aka Les Garner, exploring ideas of a sensual, aquatic, alien or fantasy race, and featuring new approaches to creature creation for Daz Studio which continue the Sixus1 tradition of pushing boundaries to bring users some of the most creative and exciting creatures around.

Glissandra is the female counterpart to Glissander, and comes with both a tentacle-less full body morph/character setting for Genesis 8 Female, as well as the full head replacement geometry which adds to her the signature “tentacle head wings” of the concept. This add on, as with the same for male Glissandi, is fully rigged with controls on both the “root” node of the head add on, as well as at various points like the tentacle bases. This head piece fully encompasses the head and upper chest of the figure, replacing much of the underlying Genesis figure, while actually inheriting the Genesis 8 figure’s shapes, posing and expression capabilities. Finally, the anatomy add on uses a transparency mapped blend zone, rather than geo-grafting/welding, to blend onto the figure, making this add on fully interactive with ANY existing Genesis 8 Female texture set and most character sets as well for incredible levels of usability and freedom! 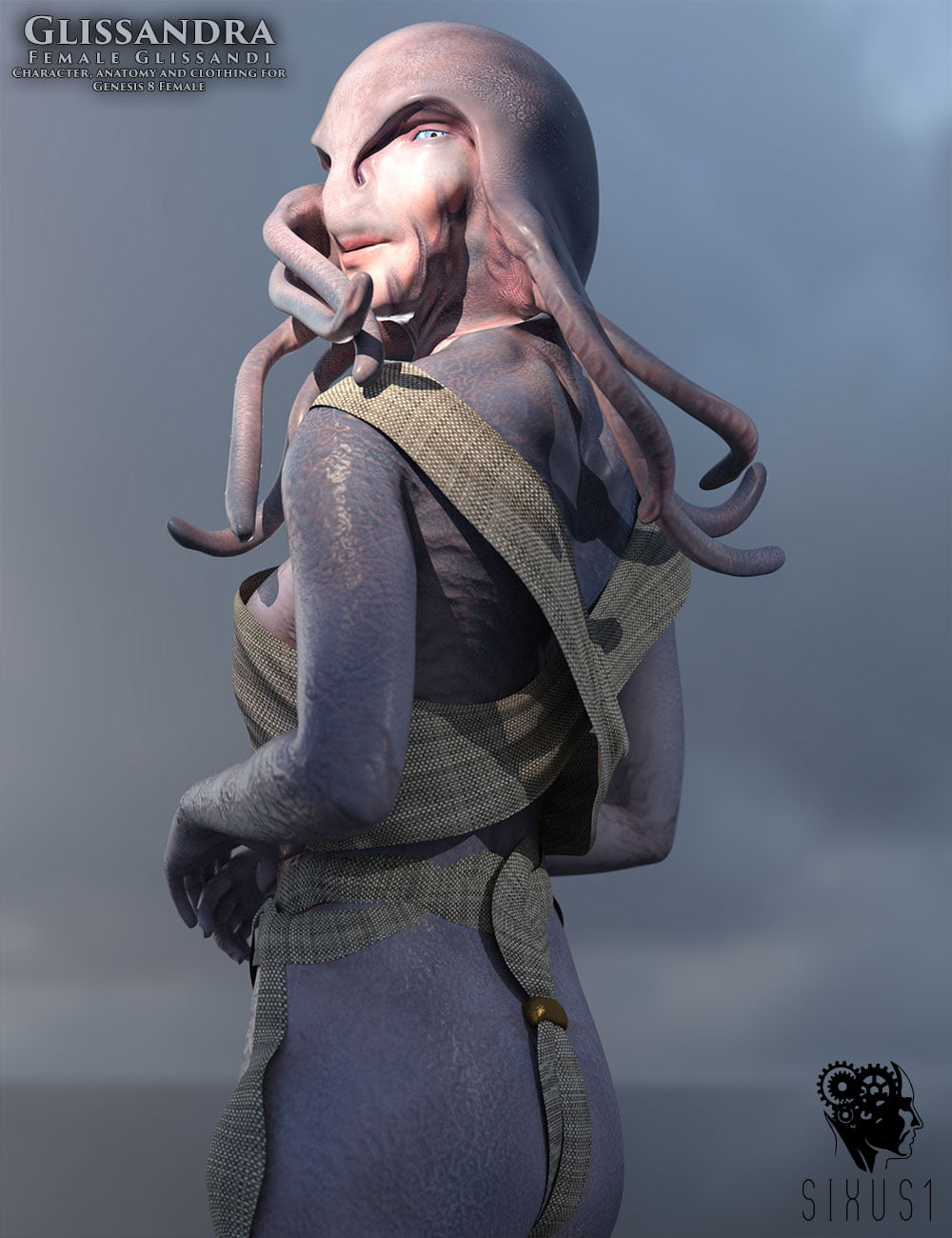