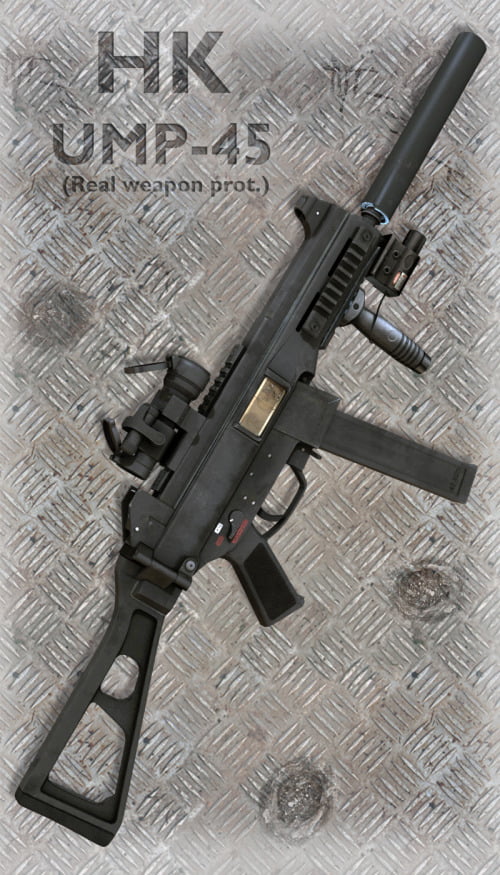 The UMP (Universal Machinen-Pistole = Universal Submachine Gun) had been developed by the Heckler & Koch company of Germany in the mid- to late- 1990s and first appeared on the markets in 1999. The key idea behind the UMP was to ceate lightweight and powerful submachine gun, that also will be cheaper than one of the J&K’s flagships, the MP-5. UMP, being targeted primary for USA law enforcement market, first appeared in .45ACP and .40SW chamberings, and later – in 9mm.

The UMP is a blowback-operated select-fire submachine gun, being fired from the closed bolt. The receiver is made from the polymer, the controls are fully ambidextrous. UMP can be fired in full-auto, in single shots, and in 2 or 3 round bursts (optional). UMP also has bolt hold-open device, which traps the bolt in the open position when the last round from magazine had been fired. UMP has side-folding buttstock and two set of picatinny rails – one on the top of the receiver, and the other – on the forend. These rails can accept wide variety of sighting and other equipment, such as red-dot sights, laser pointers, tactical grips and flashlights. The barrel has quick mount for snap-on silencer. 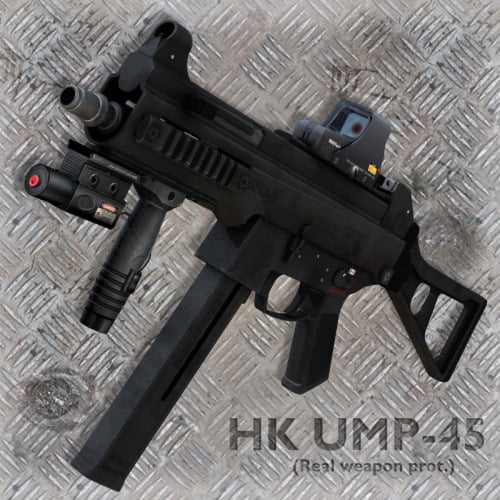