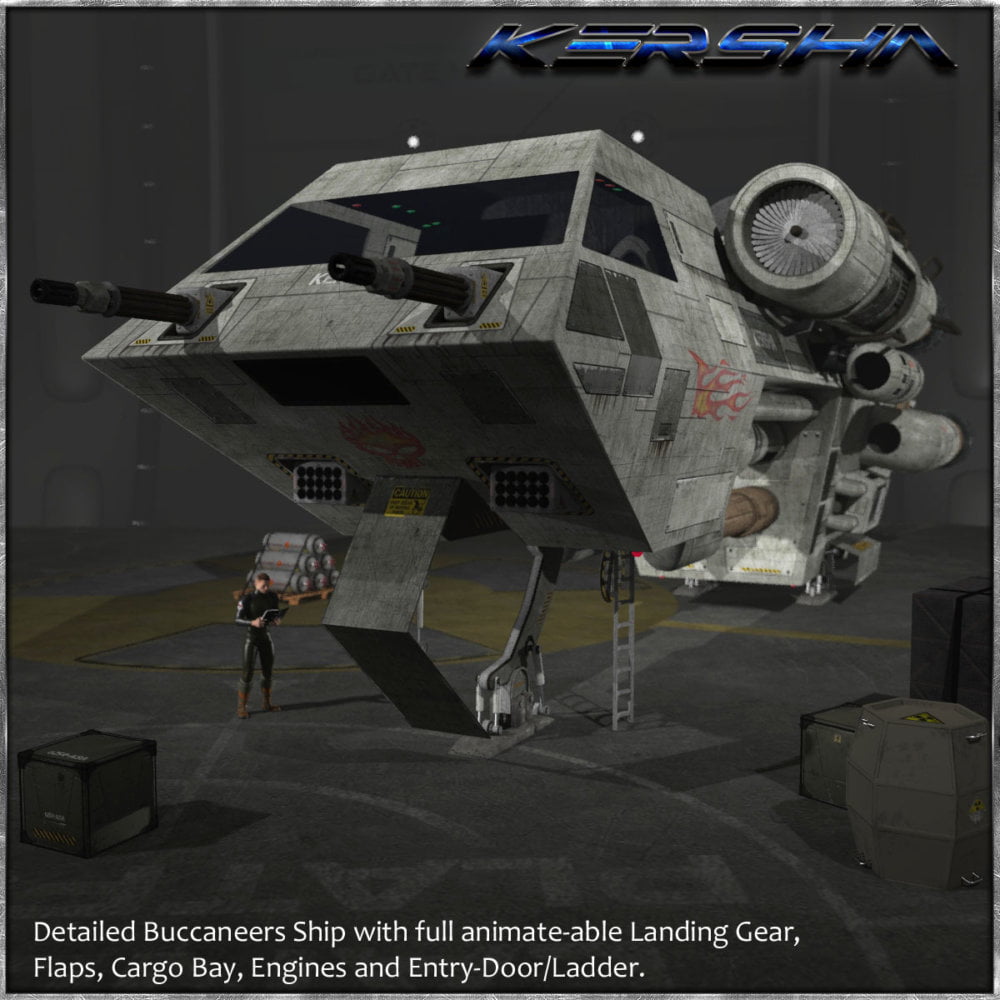 This is the Kersha, the first Ship of our SpaceCraft Series.
The Kersha had been called the “Space Cow”. Its an allrounder, a ship thats been used for all sort of stuff: Hunting, Transporting, Exploration…

The Ship comes as a whole Unit. The gear, flaps doors and closings are animate-able.

Additional texture for removing the decals included.
Landing gear is separated frum hull, so you can use the hull only (saving memory).

Ship has been build under the aspect of poly count. Most details are build through the texture. 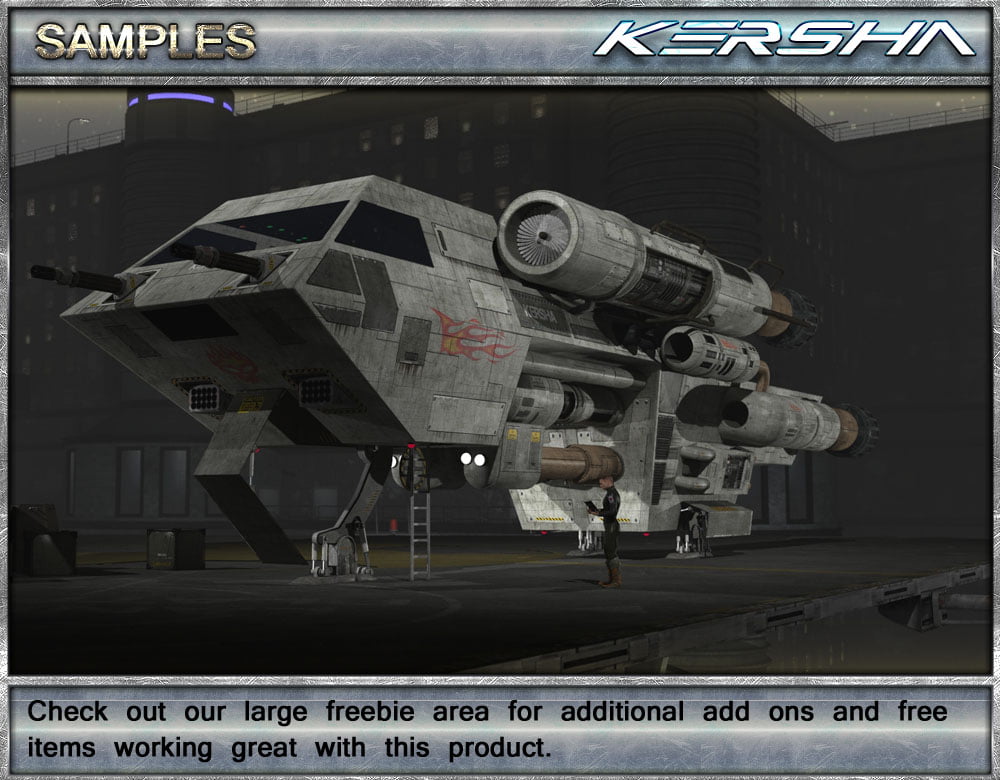