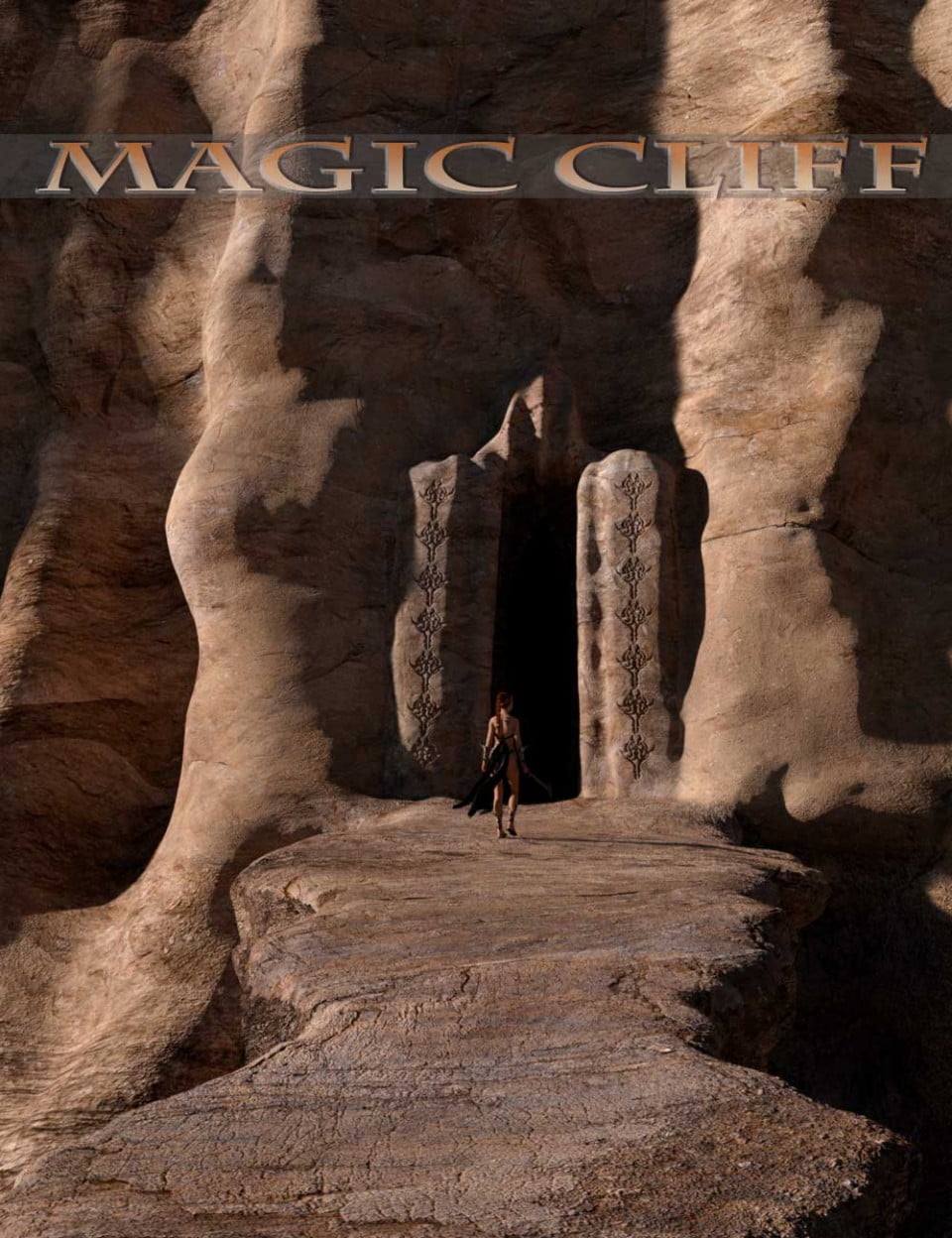 The Magic Cliff is a large landscape of soft eroded rocky cliff. In the center, a high deck leads to a dark cavern through a fantasy door. This landscape can be used for any fantasy scenes you have in mind. In the scene tab, if you hide the smallest prop named “Small_Cliff”, then it becomes a more traditional cliff (just rocky walls without the deck, door and cavern)

The Magic Cliff has three props grouped together. (Big_Cliff, Small_Cliff and ground.) The scene is optimized for Iray. It comes with two render settings presets and an HDR Image for complete sun lighting effect. This is the same HDR lighting that I used in the promo images. The HDR Image is also used to give a complete sky background.

If you prefer, a 3Delight renderer option is also included. With this option, a fourth prop named “sky_sphere” provides the sky background which covers 360 degrees around the “Y” axis (Nord, South, East, West) and also covers from ground to the azimut. (it’s a complete “half sphere”) It also comes with a light set dedicated to the 3Delight renderer.
What’s Included and Features 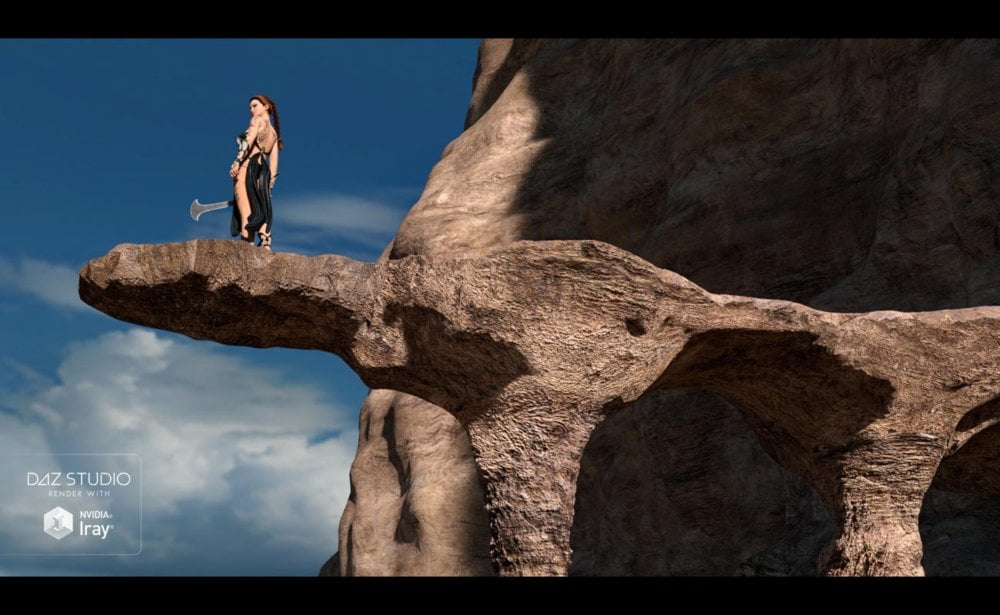