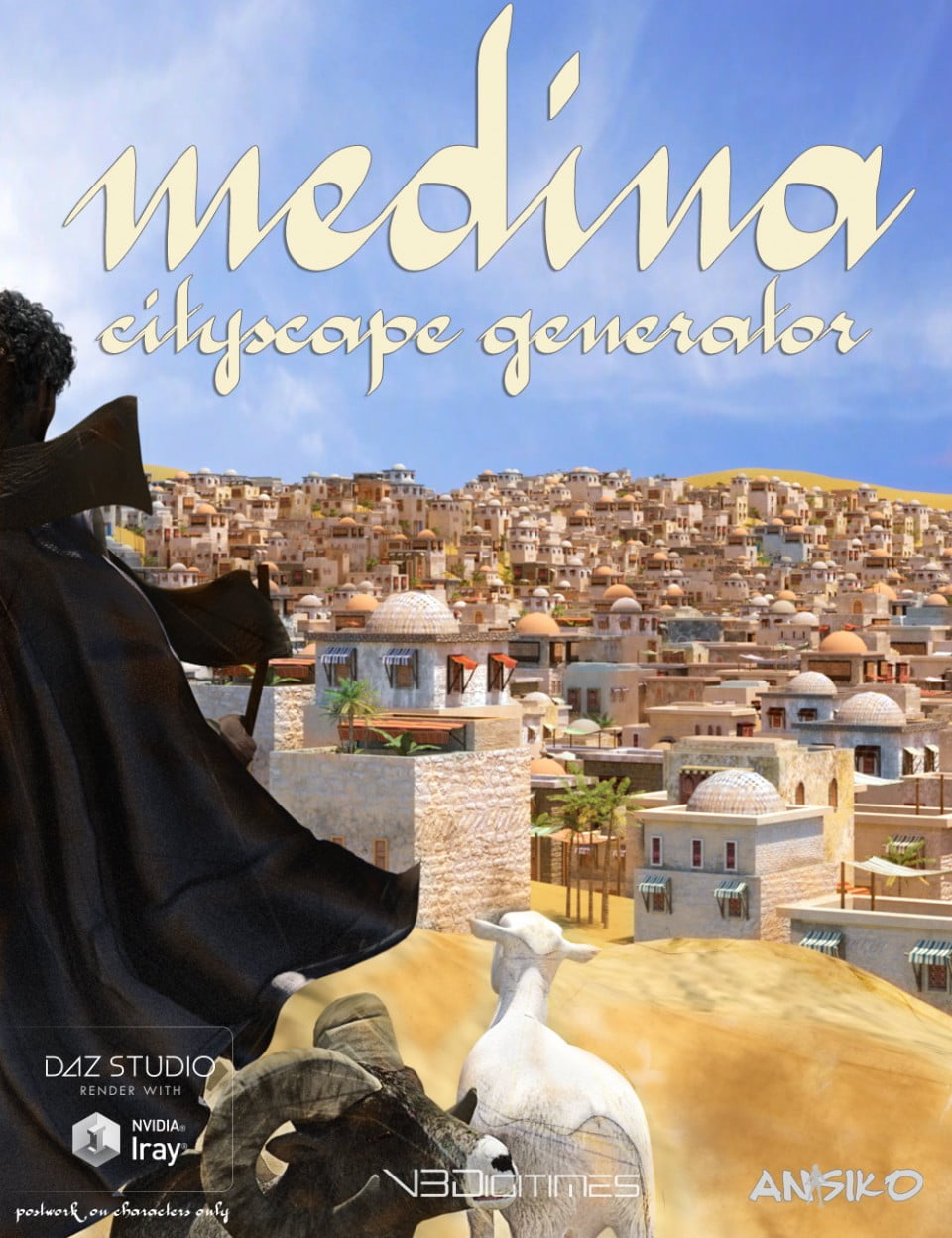 Medina Cityscape Generator is a very powerful tool allowing you to create cityscapes, small or big, fast and efficiently, and using all the props, houses, garden, trees, human beings, included in this product.

By clicking a single button, the generator script will create your city groups of streets by groups of streets, using fully customizable characteristics in term of repetition of elements inside the streets and between the successive streets. Each time you click this button a new group of streets appears.

For each group of street you create this way, you can adjust:

This product extensively exploits instances. The use of instances of the 35 low resolution elements will give you the possibility to create huge cityscapes. In order to maintain a comfortable viewport management, an additional script will allow you to define exactly the instances you want to be visible in the preview or not, knowing that at the end, all of them will be rendered.

If you think that your streets are too empty, you can populate them using the Add Human script, also using very low resolution human beings props and instances of them. Add Human will populate the city only in front of the elements of your choice.

Several very big cityscapes are already included in the product. All the elements of the product can also be loaded separately.

The Medina Cityscape Generator has been conceived to be very easy to use for the beginners, and to include plenty of additional customization for the advanced users. 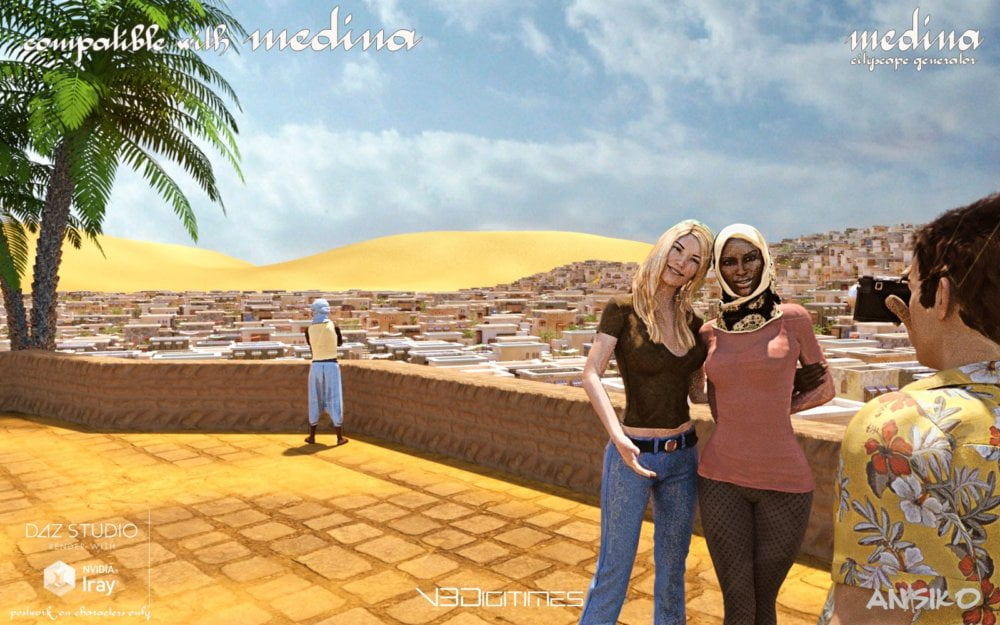