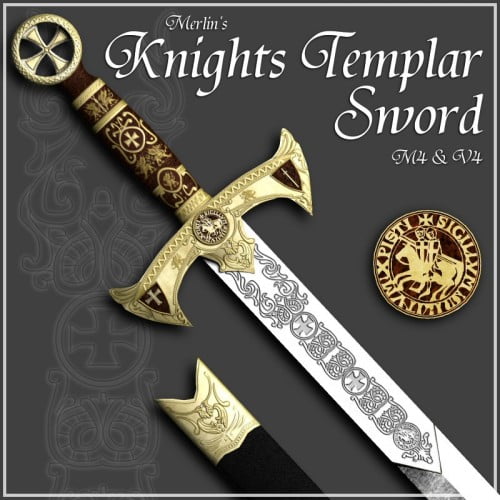 The Knights Templar were officially endorsed in 1129 A.D. by the Roman Catholic church and were one of the most skilled fighting units of the Crusades. Their intricately engraved blades sliced fear into all who stood against them and they remained an elite fighting force for nearly two centuries.

A highly detailed sword and scabbard with parents for the right hands of M4 and V4, with the scabbard parented to the left hip. Complete with Texture and Bump maps. 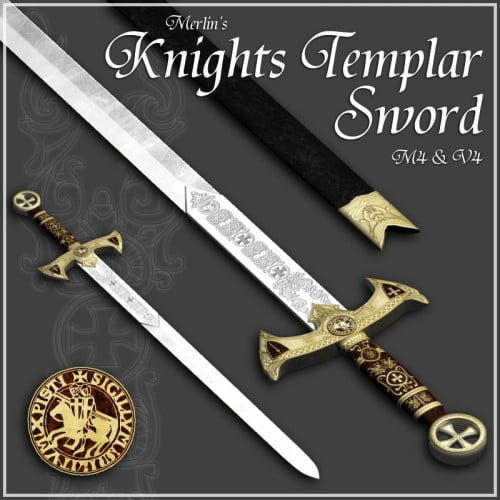