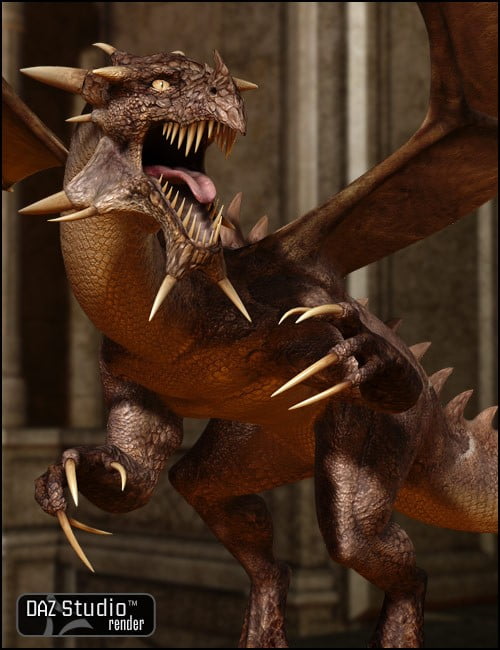 Somewhere in the skies an epic beast flies. Cradled by the winds which bring life to the land, the king of all creatures sees all, and knows all. The world of man means nothing to him, for eons pass by to him in a single heartbeat. He is older than the mountains, more powerful than the sea, and sleeps in the hottest infernos which turn all life into ash. He is the dragon.
Journey into adventure with the Millennium SubDragon! Crafted with DAZ Studio’s advanced subdivision technology in mind, this wondrous creature scales to meet your needs. Work in lower polygon resolution, while rendering in higher resolution, so you can have top quality output without sacrificing work speed!

Two sets of high-resolution body textures are included, so you can get started with your dragon right away. Five scaling poses let you control the size and shape of your dragon, so you can create baby hatchlings to gigantic mammoth dragons with ease. Twenty-six poses are also included, along with morph INJ and REM poses. Full support for Poser and DAZ Studio is included, so your dragon comes to life wherever you choose to work.

A piercing roar echoes through the mountains high above. The clouds part, and giant wings catch the air as he spirals down. He lands, his claws digging into the earth, his weight causing the ground to shake. The low throaty rumble of his growl sends a shiver down your spine.The dragon…has arrived. 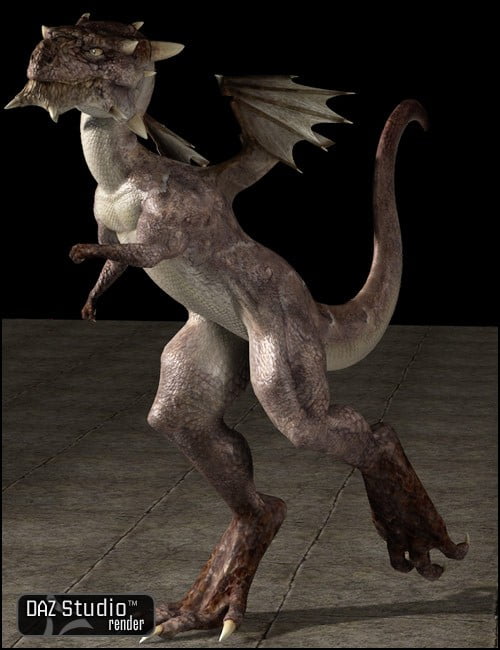