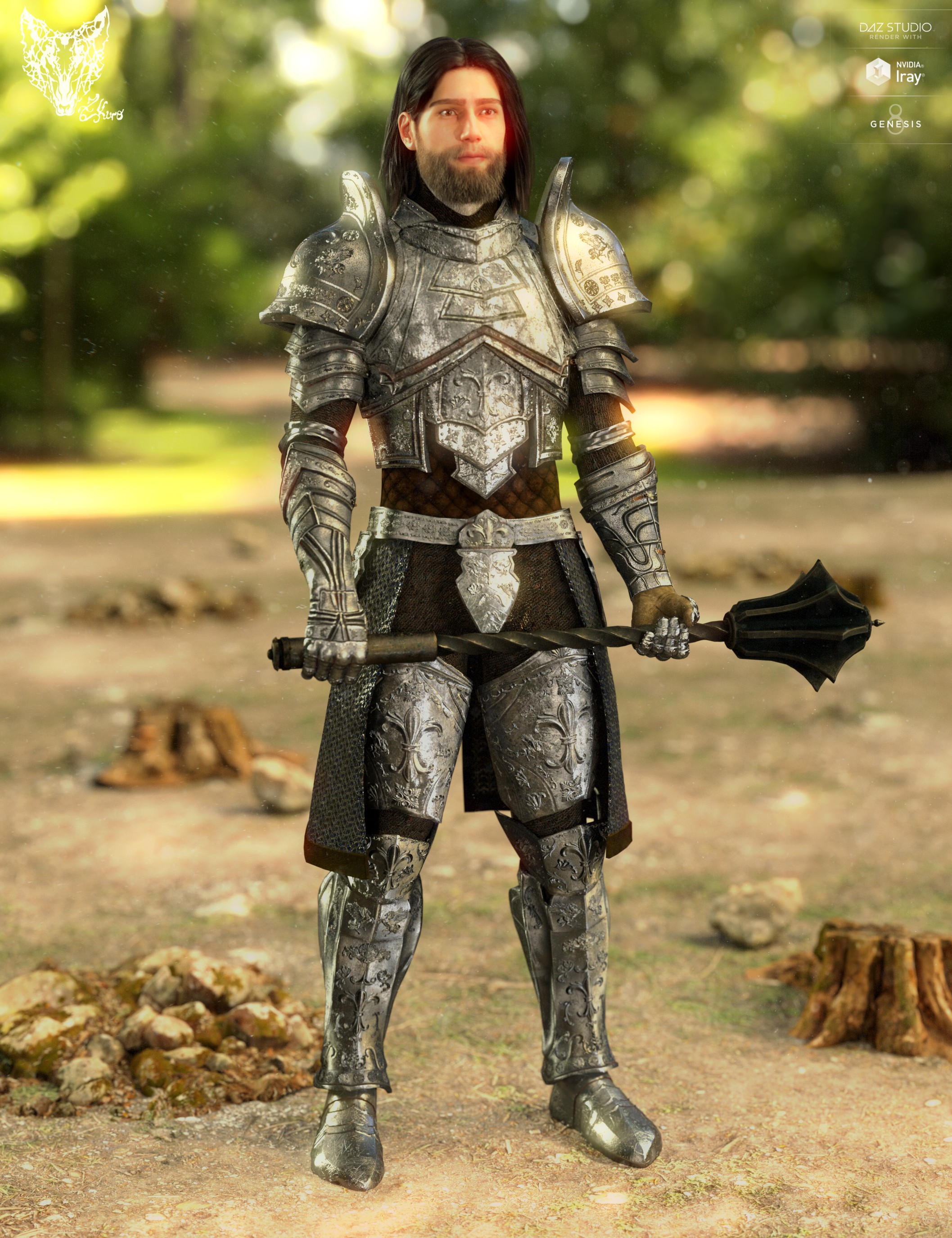 This is the male version of the ancient knight Orlean, which female version was found months ago, and now, you have here the Orlean’s Armor for Genesis 8 Male.

The product is composed by the internal bodysuit, the armor, composed of 14 pieces, being all pairs in the same piece, like elbows, gauntlets and so on, and two weapons one handed, on any hand, or at the same time either combined, like sword-sword, or mixed sword-mace. Both weapons have a quite big added version, a Great Sword, and a Great Mace.

The internal bodysuit, come depending on the material, with a padded leather chest (all), and fabric or chain-mail on the limbs, it has also leather shoes,which means you will get two outfits:

The knight in the padded leather and chainmail (or fabric) bodysuit with leather shoes, and the full Orlean’s knight armor.

The armor itself to start with, is composed of: A leather and chainmail skirt to provide an extra layer of protection on the lower part, Pauldrons, Bracers, Breastplate, Elbows, Gauntlets, Belt and Faulds, Cuisses, Greaves, Sabatons, and the helmet, not to forget the bodysuit already mentioned, which really go below the armor.

The helmet, can be opened, just the open visor, fully opened, or closed.

It has a lot of material zones as you can see.

So, the almost two outfit, plus an armor with a lot of pieces, and a lot of material zones, gives you a lot of kitbashing and customizing possibilities! The weapon, two one handed, two huge. And of course, with the usual level of detail we put on every outfit. 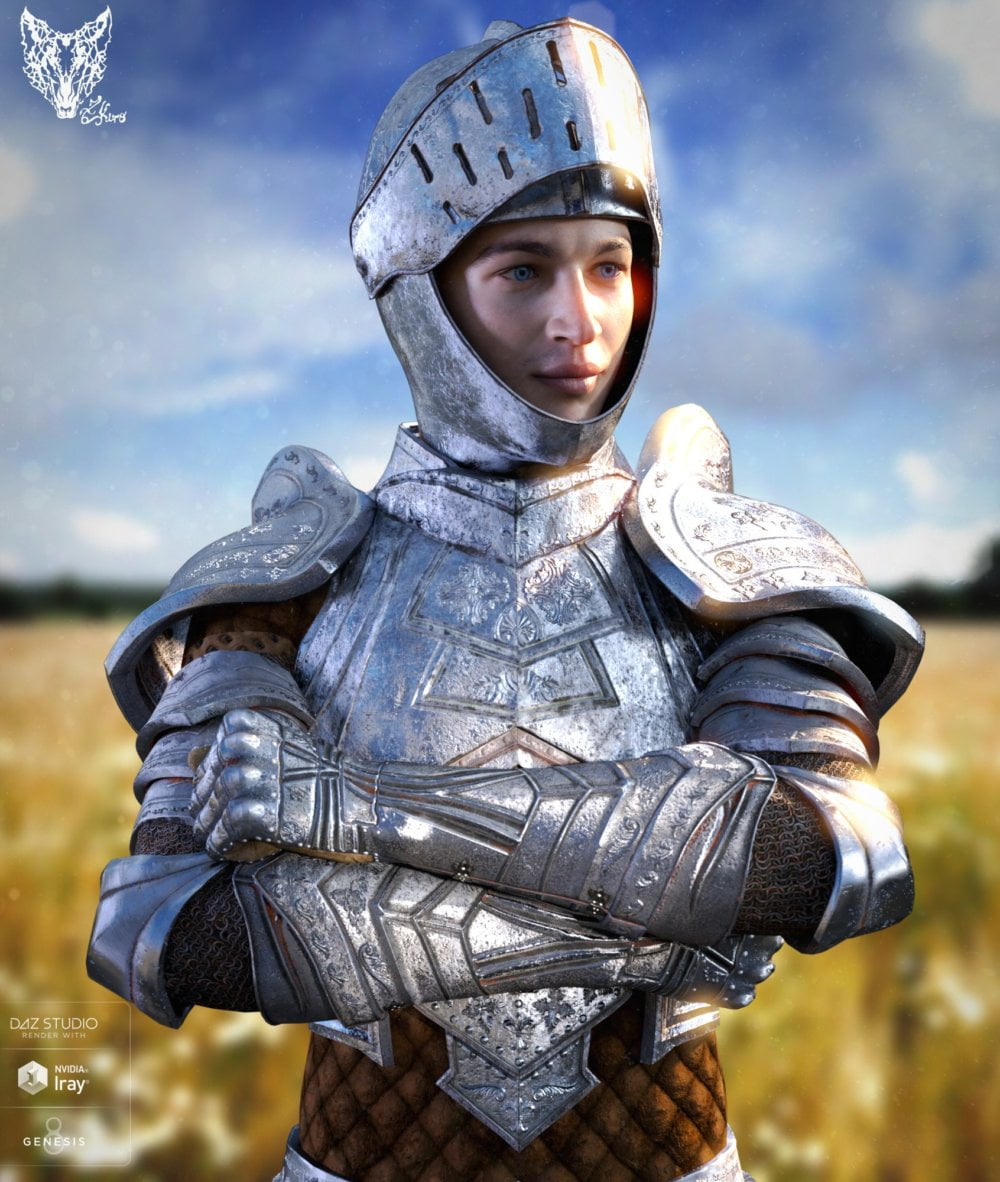