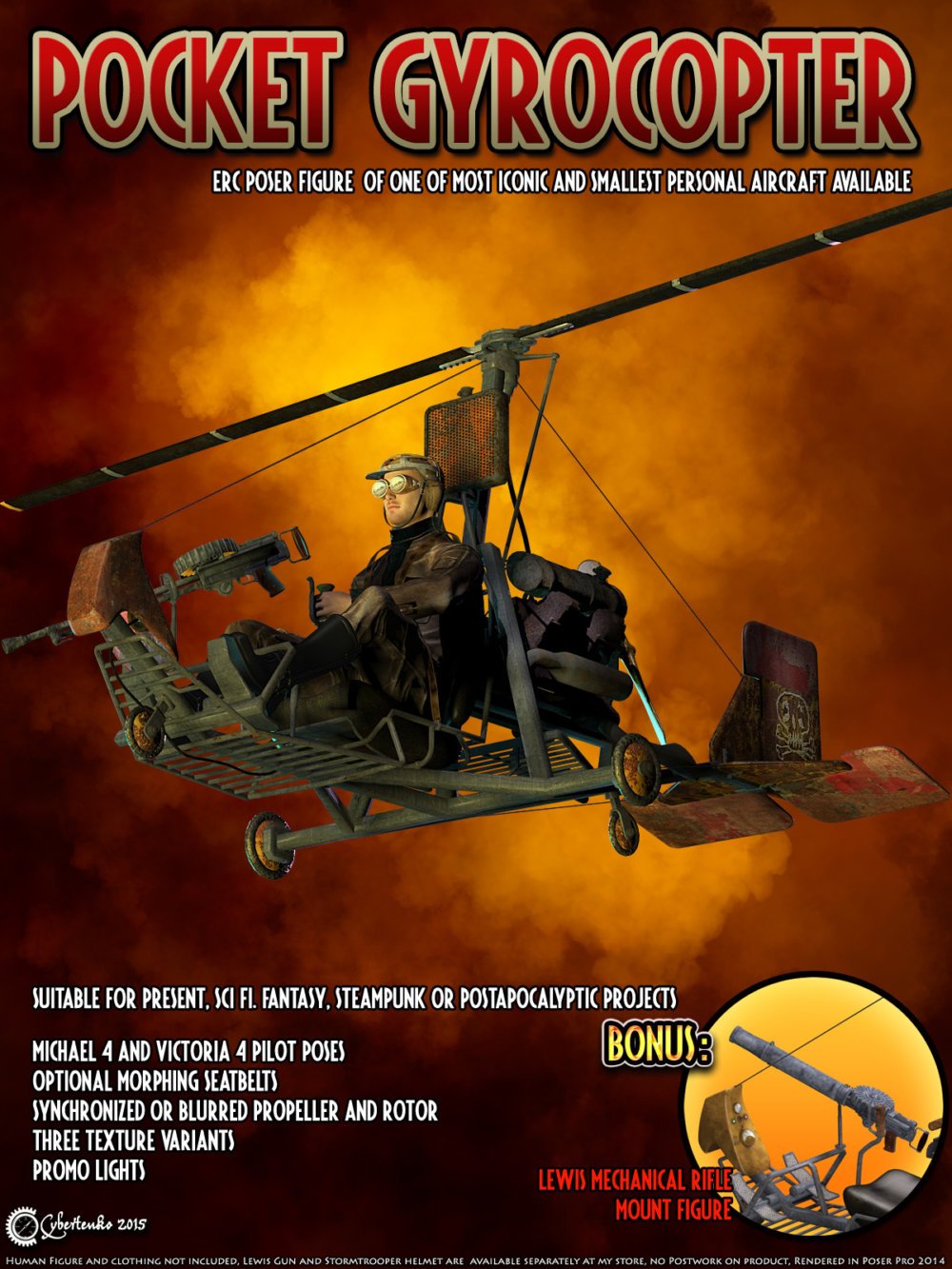 Gyrocopter, rotaplane or autogyro is an aircraft which uses an unpowered rotor in autorotation to develop lift, and an engine-powered propeller, similar to that of a fixed-wing aircraft, to provide thrust. While similar to a helicopter rotor in appearance, the autogyro’s rotor must have air flowing through the rotor disc to generate rotation. Therefore autogyro is unable to take off vertically but can in similar manner land. Our model reperesent simple small one-person type of autogyro with rather crude construction and design. It consists of alluminium and steel framework, pilot seat, two-bladed rotor and car engine with pusher propeller. Thank to its simple maintenance and low cost of production and operation it can fit into many various projects like cover espionage inflitration, saboteur military missions or postapocalyptic world where other more demanding technology is crippled. Poser model is made as fully rigged, erc coded and as universal and versatile as its real life example. 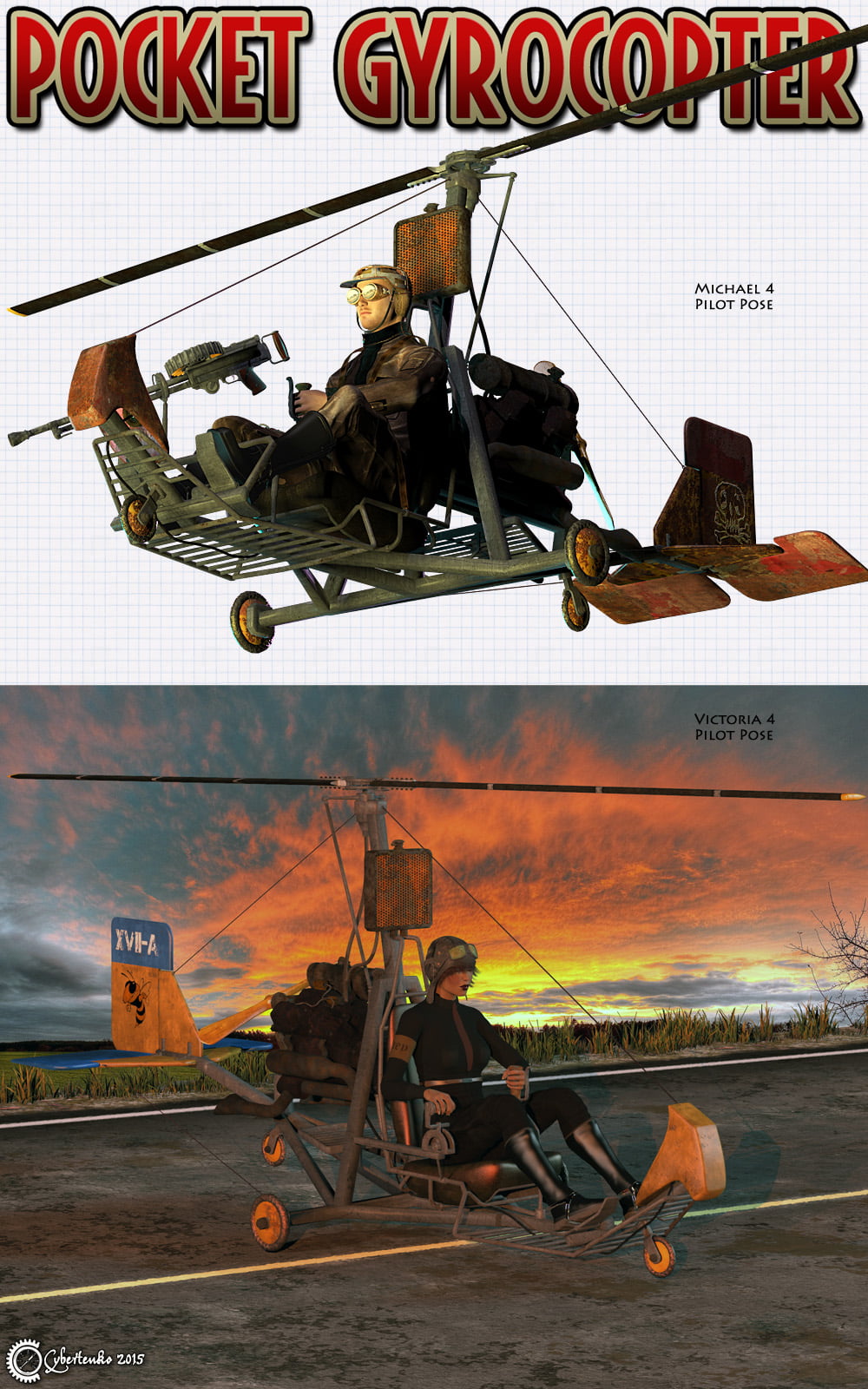