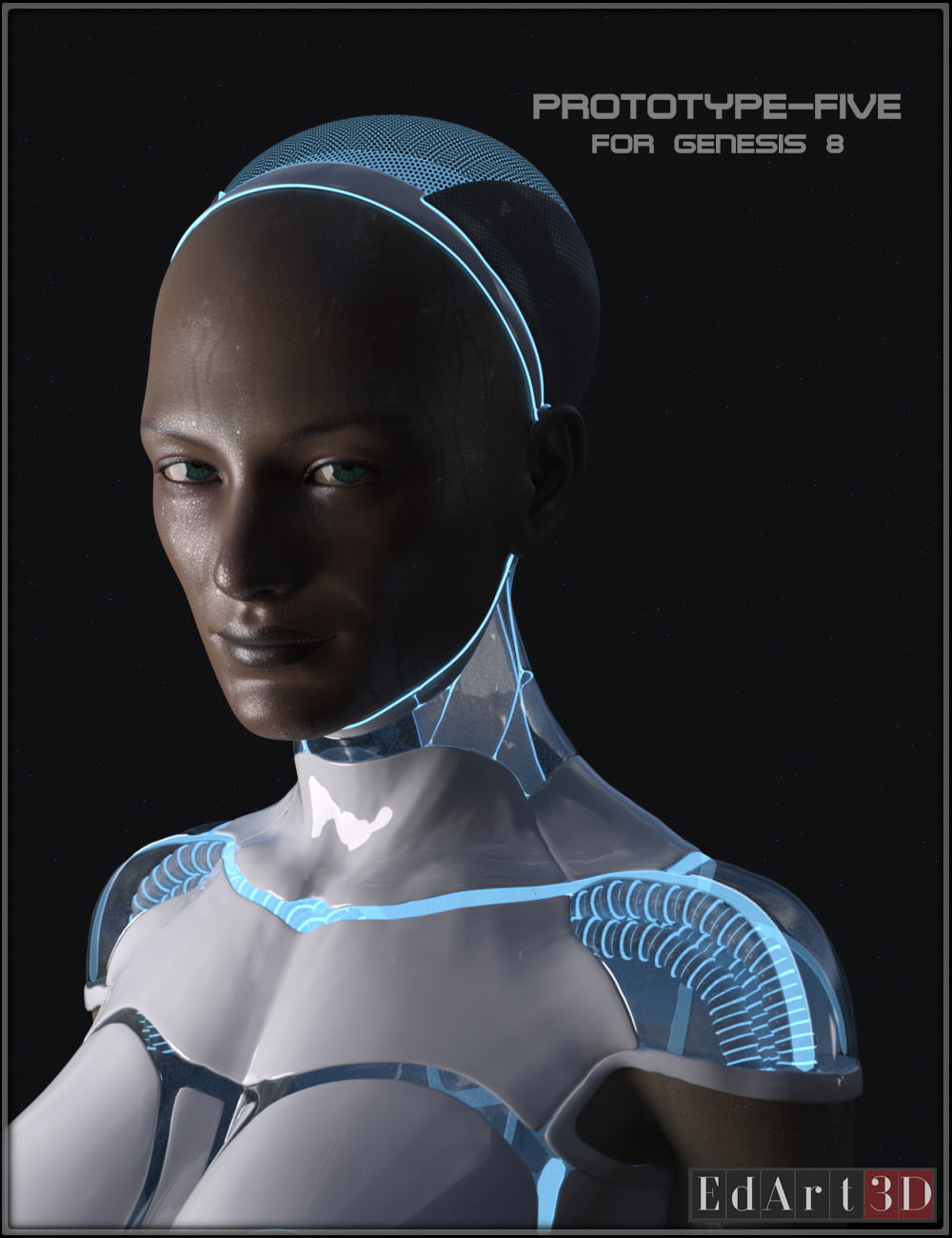 Prototype_Five is the fifth of a new generation of complex SciFi superconforming clothing set for Genesis 8.
Designed with versatility in mind, each of the three elements constituting this product can be replaced by the
same equivalent element of the Prototype-One; Prototype-Two; Prototype-Three; Prototype-Four or Prototype-X (item)
product respecting all joints without any overlap of the meshes.

This set is divided in three parts :

Second part, contains the 3 pieces of clothing (Head; Torso and Legs) and
9 complete sets of high quality Iray MATs.
The whole set contains 69 MATs Zones for an infinite number of variations and configurations. 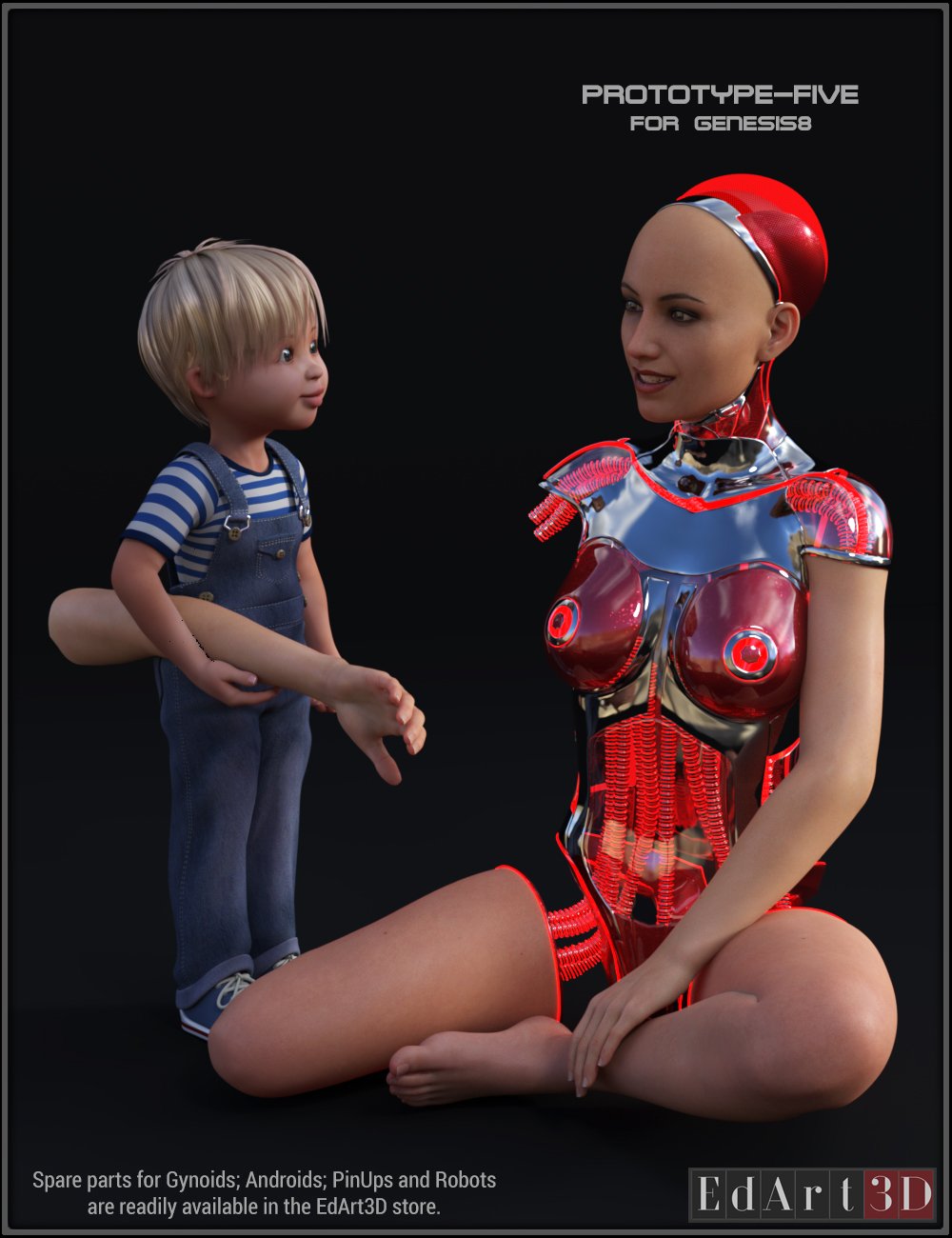