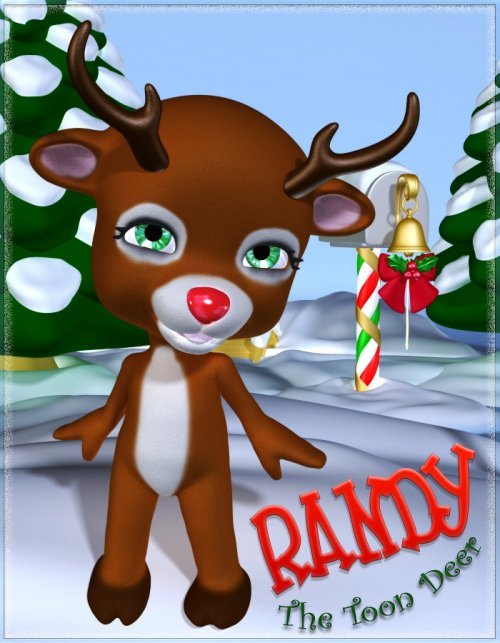 Once upon a time there was reindeer named Randy.
He lived in Antarctica and desperately wanted to work for Santa at the North Pole.
His friends, The3dZone, Oshikai and Tate, became tired of his whining and encouraged him to write Santa a letter.
?It went like this:?Dear Santa, My name is Randy and I am a great admirer of yours.
I am very good at Flying and am willing to work for $2 an month.
Sincerely yours, Randy

When Santa received his letter he was quite Happy, but he didn’t need another reindeer.
Poor Randy was so sad when he received Santa’s letter that he decided not to celebrate Christmas.
On Christmas Eve Randy went to bed early. His whole house was in darkness. Santa had trouble finding his house that night.
When Santa entered Randy’s house he didn’t see the usual assortment of tinsel and lights decorating the mantle piece.
Just then Santa heard Comet coughing and sneezing. Santa rushed out and asked Comet if he was all right.
“No,” he replied. “Well, what am I going to do now?” thought Santa, “I can’t fly with only 7 reindeer!”
Then he remembered he was at Randy’s house. So Santa rushed in the house and woke him up and asked him if he wanted to help fly the sleigh.
Boy was Randy excited! He quickly agreed and Santa was able to accomplish all of his deliveries.
Best of all, Randy was hired to work as a Sleigh puller for Santa at the North Pole.
It turned out to be Randy’s best Christmas ever.