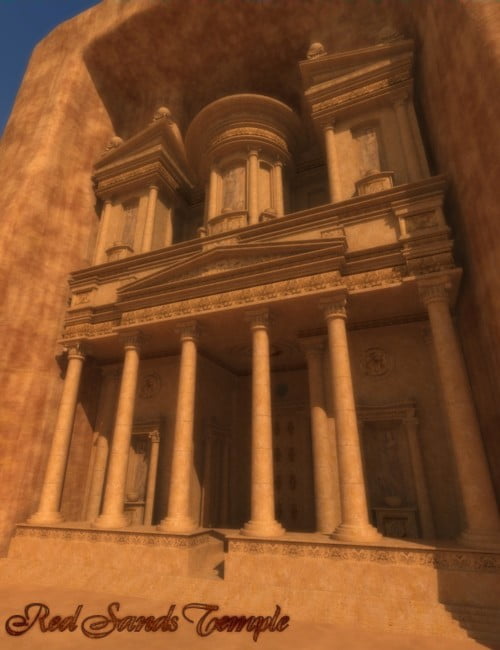 Red Sands Temple is a complete and greatly detailed set for Poser, Daz Studio 4 and Carrara inspired by the ancient temple of ‘El Khasneh’ in the archeological site of Petra (Jordan). To handle the huge amount of details (the full model is over 3.5 million polygons) the set is split into thirty-three different objects organized in seven main props so that every element can be added/removed or hidden/shown as desired. There are also two ready to use assemblies, one with the full set and the other with the exterior elements only. The interior is protected by six sliding stone doors that can be opened/closed. Both Poser and DS4 versions also come with thirteen camera presets. As a final note, the model, except for the terrain, works with tiling textures so the final look may be easily customized by the user. To really enjoy this set a 64 bit machine with at least 4 GB of Ram is advised. Note: There are separate Poser, DAZ Studio 4 and Carrara Installers. Poser and DS installer have a size of about 130 Mb each while the Carrara installer is about 500 Mb in size (this because Carrara doesn’t have geometry reference and each of the seven main props plus the two sets contain all the geometry data causing big file sizes.) 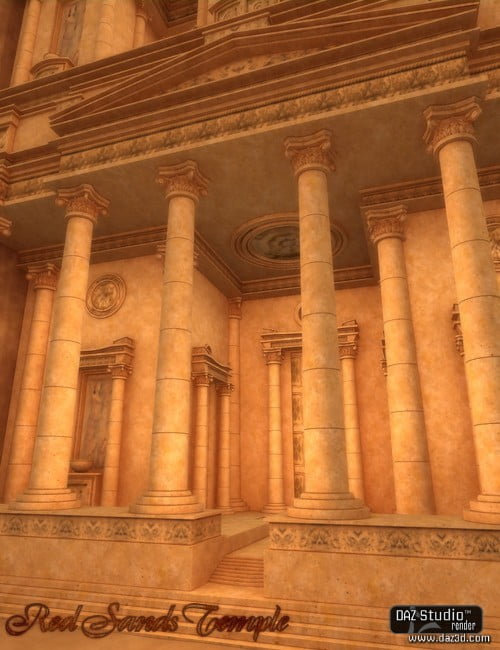