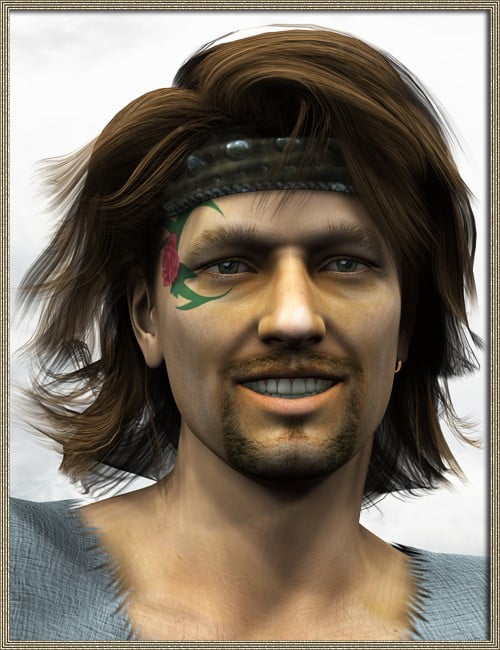 Bruised but never beaten by treachery and injustice, Remendado wreaks vengeance on those who robbed him of his birthright. He hides in the hills with his band of loyal followers, bravely defending the poor and the disenfranchised while mercilessly pursuing the powerful barons who stole both his lands and his title. The insignia of his noble house is the red rose, but for Remendado it takes on a new meaning as it symbolizes his passion for justice. Ladies may swoon at his feet, but Remendado has no time for love ? only for justice. He bears a tattoo of a rose entangled in barbed wire around his arm, and emblazoned across his back is a tattoo bearing his motto.

The Remendado character set gives you two versions of the same skin – a younger shaved version and an older bearded man. This skin – used with your favorite M4 morph – is perfect for rendering characters that need to age from their twenties to their thirties, or for any scene that needs a worldly type – a man a bit older than many. Remendado is designed as an adventurer or a conquering hero. He is a handsome, masculine man with a heavier frame than M4 default. He comes with a second full texture set featuring rose tattoos around his eye, on his back, at the base of his spine, around his arm and on his hip and thigh and a third underpants torso texture. There are also five eye colors and DAZ Studio MATS provided. 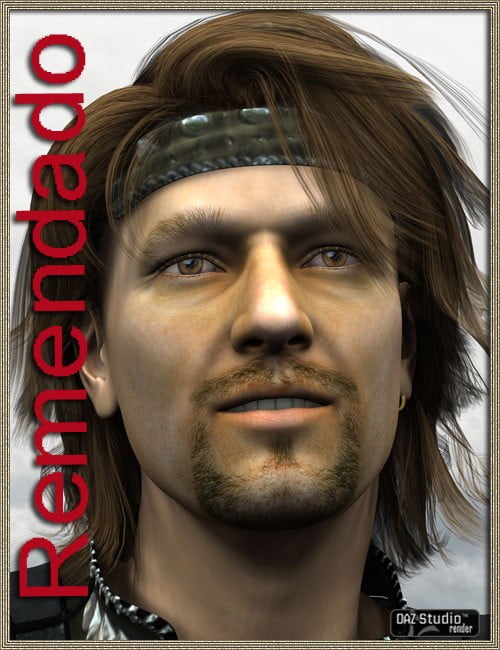