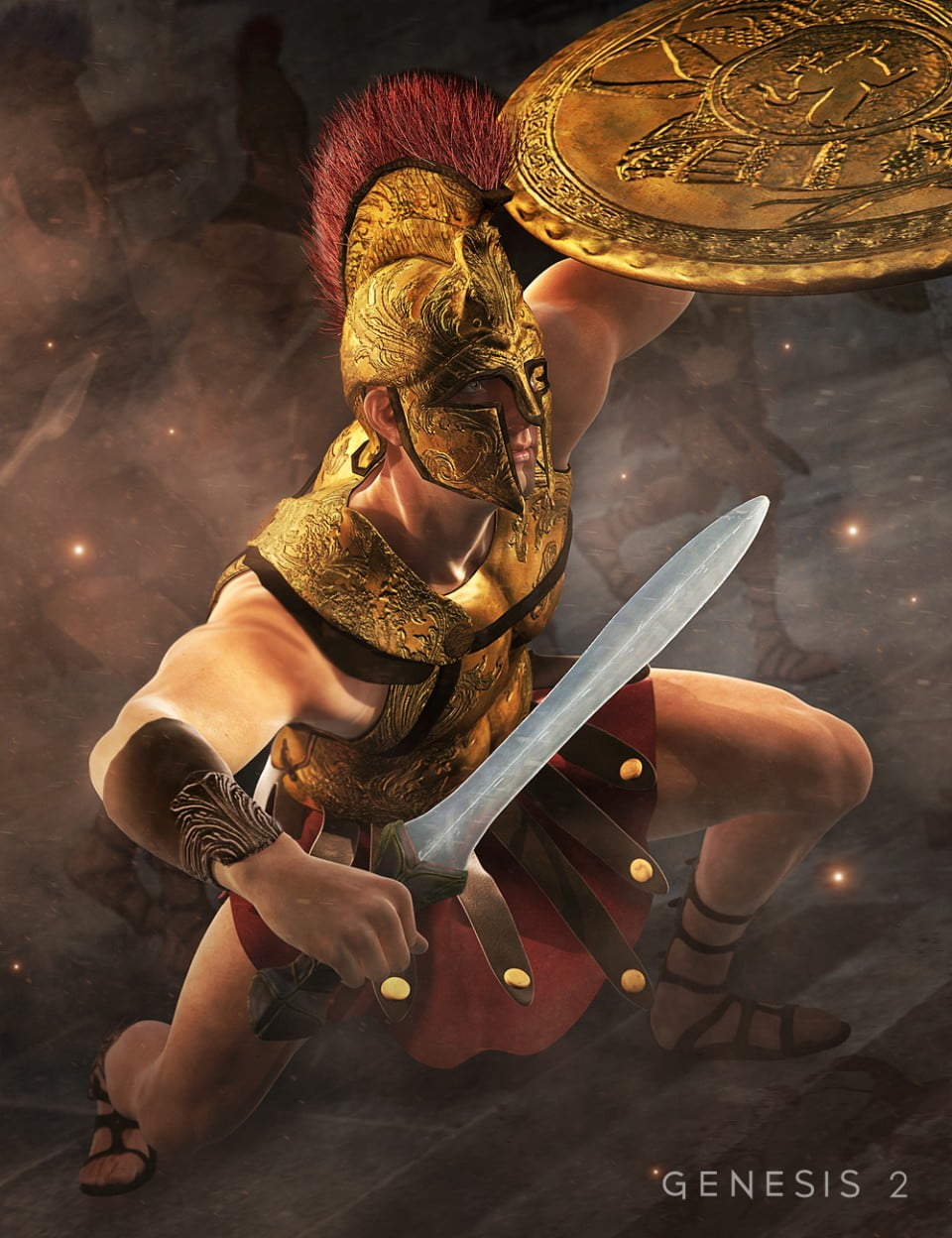 During the Greco-Persian Wars, in the fifth century B.C., the hoplite soldiers were defending the Greek city-states opposite to the assault of the Persian empire. The most known battles, in witch they fought hoplits from the whole Greece, were the battle of Marathon (490 B.C.), the battle of Thermopylae and the battle of Salamis (480 b.C.). Salamis’ mercenary includes the hoplites clothes and armament with three textures variations (rusted, average and polished) for Genesis 2 Male, compatible with Gianni 6, Michael 6 and Lee 6. 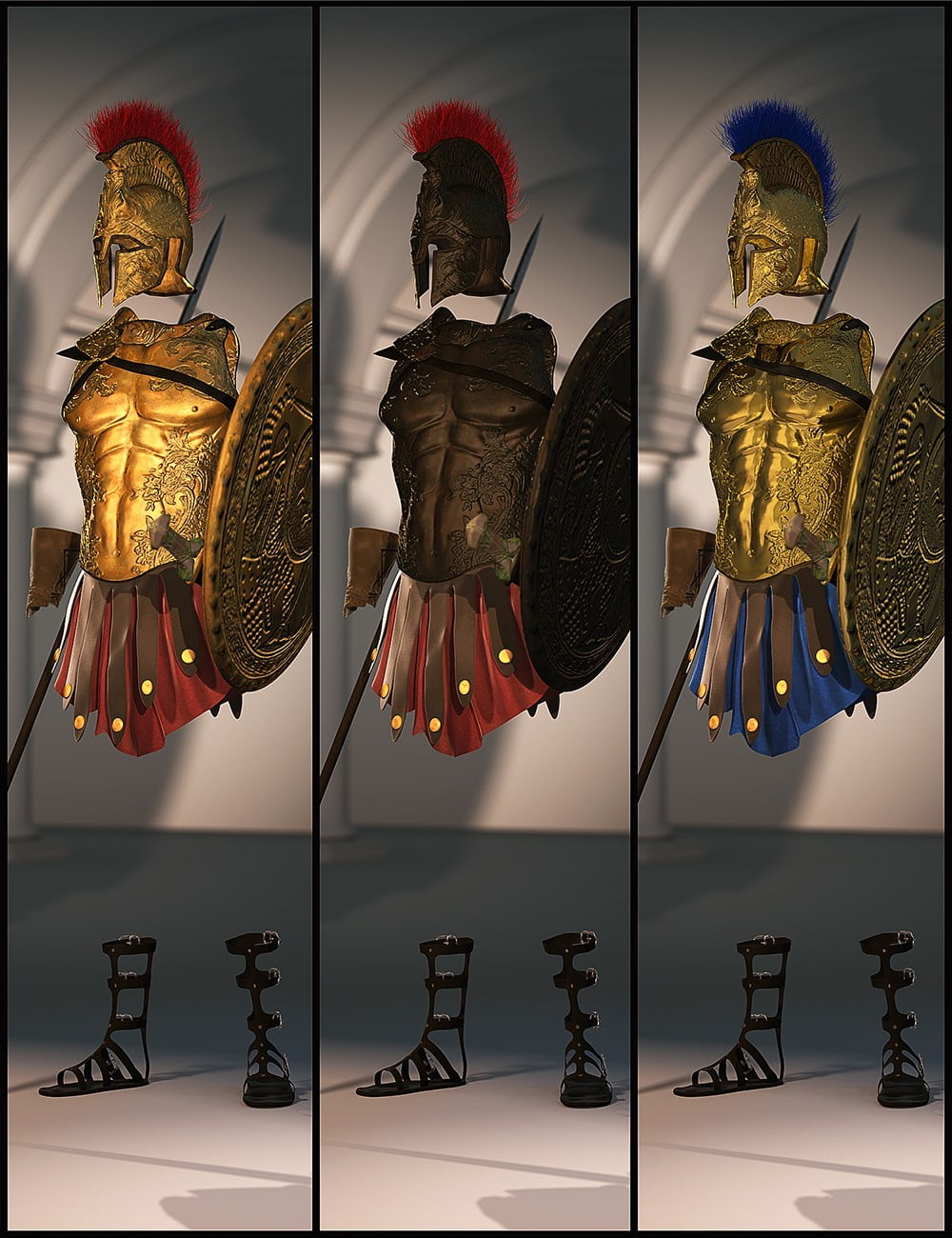