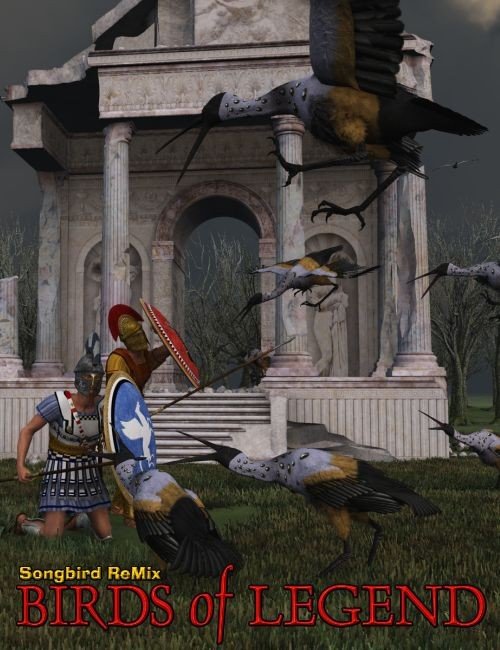 Rising above us and soaring into the clouds, birds have been the symbols of power, freedom, foreboding peril, peace and war throughout the history in myth and legend. In Songbird Remix, “Birds of Legend”, many of the most storied and beloved birds are included. Birds such as the Bluebird of Happiness, the Snipe, the Peace Dove, the Thunderbird and the Phoenix are all included.

While many of the birds in this set would appear to be fantasy-based, most do actually exist. Where possible this set uses the real-life counterparts from whom cryptozoologists believe the legends originated. Yes, that “Snipe” you were hunting does actually exist and is so hard to find that people who hunt it are called “Snipers”. The Thunderbird that Native Americans believed brought the storms it suspected to have been a condor that soared through all of North America in the late Pleistocene. The Egyptian god, Bennu was actually the giant prehistoric heron which towered over men.

All of these birds use the latest versions of the Songbird ReMix base models and all of its enhanced features. All of the birds use Songbird Remix technology which means you can animate them from a standing pose to full flight, plus have scores of morphs for customization. Any of the birds from this package are worthy centerpieces in any form of imagery. 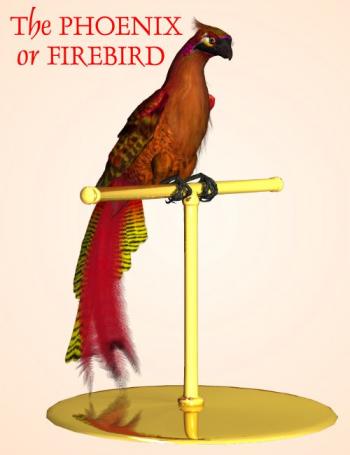