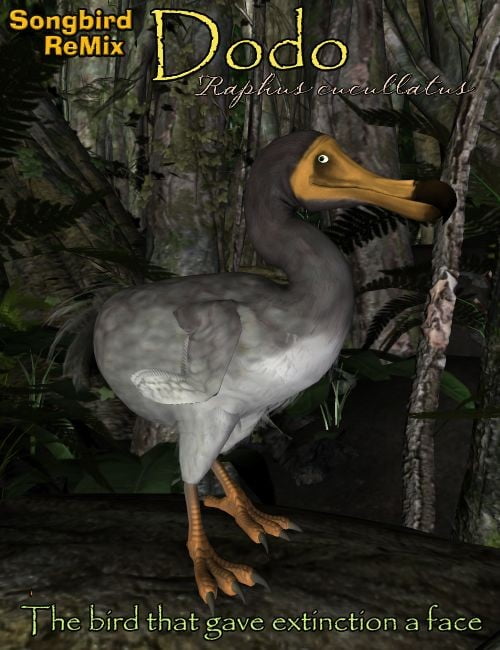 he Dodo from the “Threatened, Endangered, Extinct” series within the Songbird Remix library is more than simply a 3D bird model. It is content with a message and one that enables 3D Artists and Educators to illustrate the struggle and in some case, extinction, of many avian species by creating imagery that not only entertains but educates.

This collection includes the bird that gave a face to the word, extinction, the iconic Dodo. A bird discovered by Dutch traders on the Island of Island of Mauritius in the early 1600s. Within the span of a century, the bird was extinct and until the 19th century was believed a myth.

Whether you choose to create art with a message or simply looking for realistic and attractive for your imagery, this package will easily fulfill those needs. 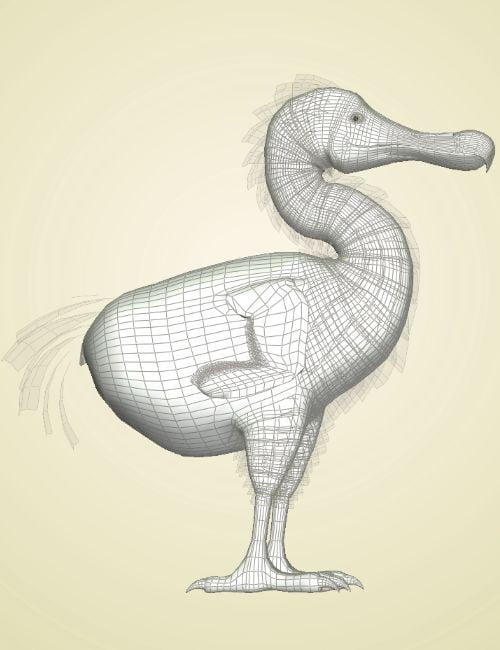