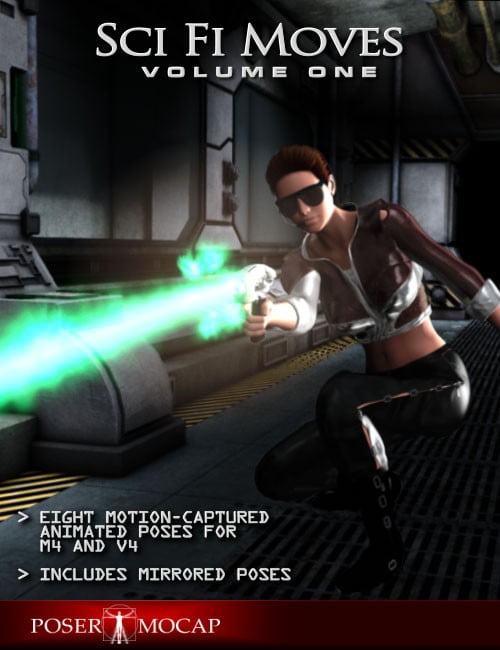 These eight poses feature classic science fiction actions, such as reacting to their ships being hit and shooting with blasters. Mirrored poses are also included. Each pose is fully optimized for M4 and V4 so that you can just apply the PZ2 file with a couple of clicks and start animating.