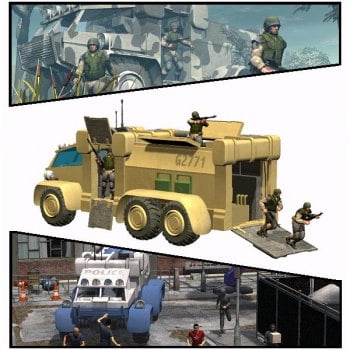 The LM200 was originally designed by the Molek Corporation for military use. With it`s 15mm plastaflex armour, las-cannon proof glass and puncture-less tyres proving impervious to all forms of IED, during Gulf War 5 it proved a popular choice of vehicle with many troops, earning itself the nick-name Heavy Duty.
The LM200 went onto serve in a variety of operational theatres, including the Sov-Block rad-wars where despite temperatures often reaching 30 below it performed without complaint and also in the short lived US/Mexican war.

After performing such admirable service the LM200 went onto perform many civilian tasks including urban community policing and fire rescue.

The model depicted here is the Mark 1, and has all the features of a genuine LM200, including a detailed cockpit with control panels and control sticks, 5 opening doors and steerable/movable wheels. Also included is 5 texture sets which represents typical configurations: Including Desert Storm, Army, Police, Fire Rescue, Russian Gray.

This model also features My_Maps – an easy to use system where you can texture the included .BMP files, then simply click on the My_Maps Pose icon to load your maps. Unlike .JPG of .GIF templates BMP`s don`t suffer from compression, so your maps will as sharp as you make them! 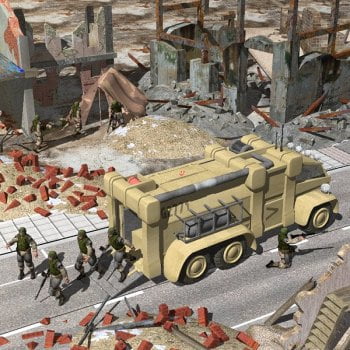