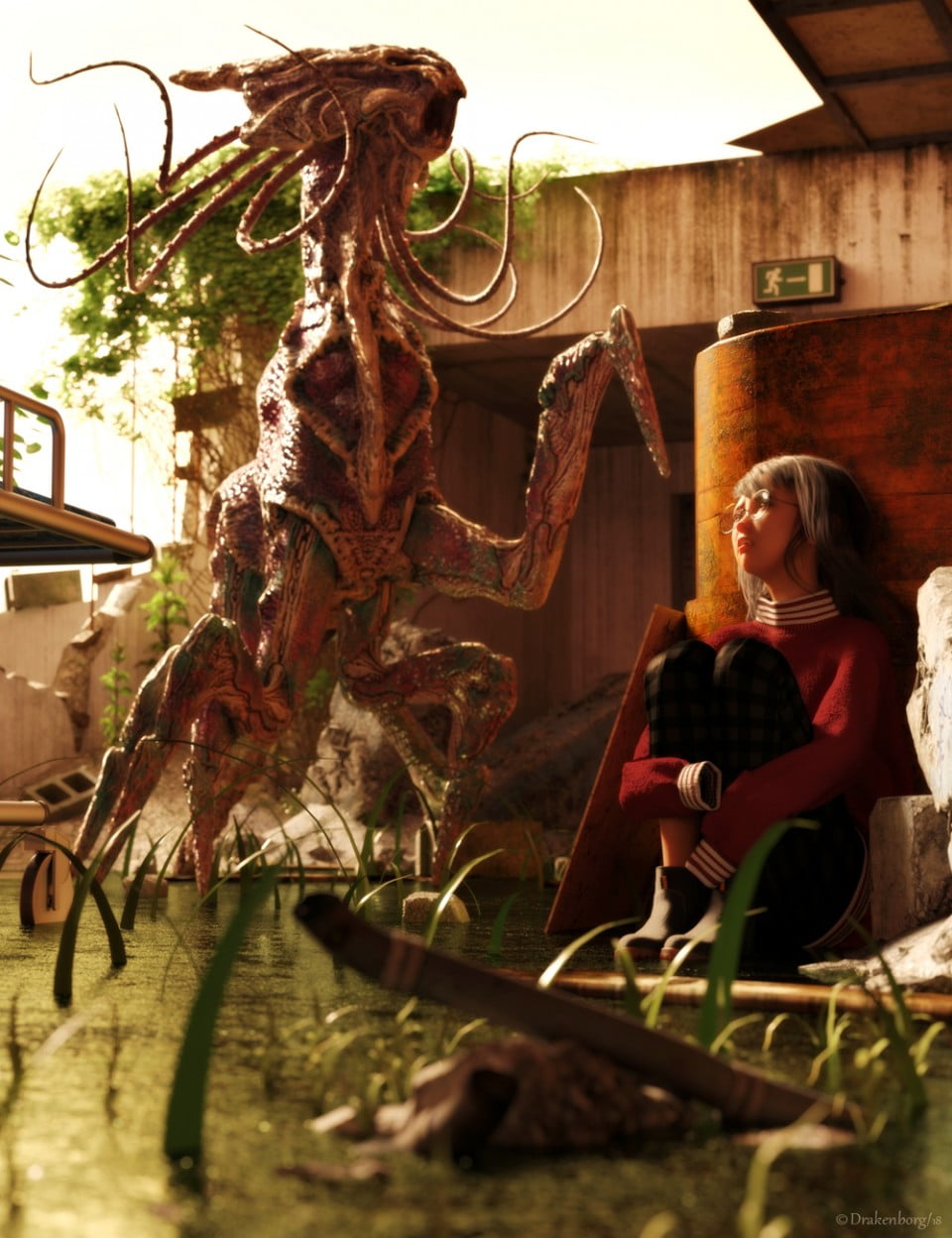 A highly detailed concept for an aquatic or amphibious insectoid, dragonesque mount with bonus head tentacles and saddlery, as well as creature poses and rider poses for Genesis 8 Male and Genesis 8 Female figures.

Seasectoid is an original concept exploring a more modern, aggressive and imaginative take on ideas of the “seahorse”; as a kind of mythological steed, then building that idea into a form as fitting for high fantasy as it could be for a variety of science fiction or even horror scenarios.

This creature kit features an expert crafted topology and uv’s allowing for amazing levels of detail in both the creature’s sculpt and textures, rigging as detailed as the creature itself for maximum posability, poses for out of the box usefulness, an innovative setup for the highly detailed yet fully optional head tentacles, and uniquely designed saddle to compliment the creature’s design and offer an infinite number of options for the creature as a mount. In that same thought, also included are bonus poses for the Genesis 8 Male and Genesis 8 Female figures, allowing virtually any of your G8 based characters or creatures to take their place as the rider, with only modest adjustments needed in the more extreme cases.
ull Back Left 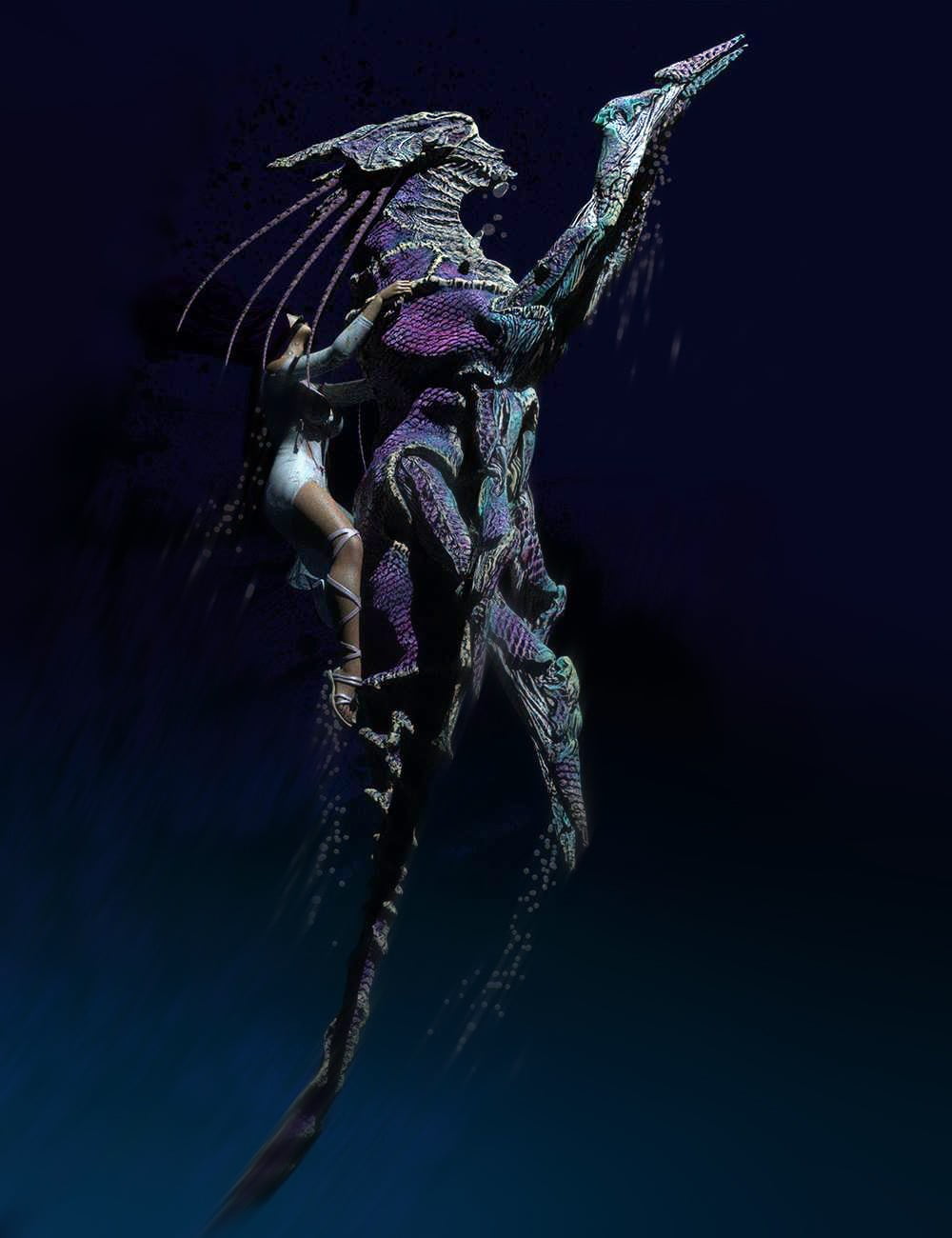