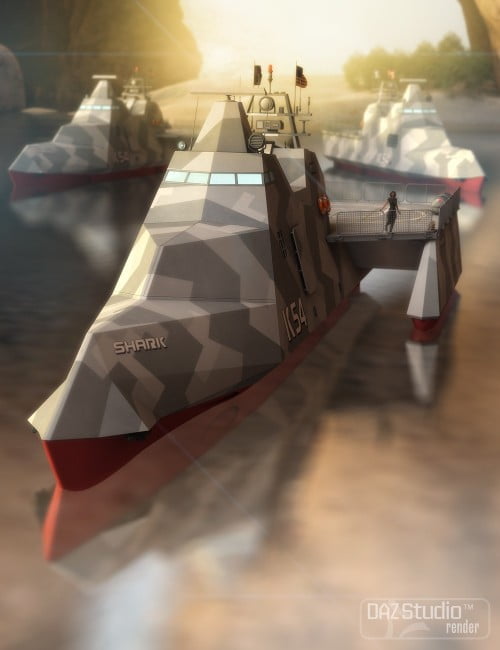 Ship Shark is a modern warship using stealth technology. The 3D ship was built by the scheme catamaran and so has greater stability on the water than ships built on the classical style. The ship is not large and due to the design has a landing deck for helicopters and aircraft grade Piranha.

Shark is armed with two torpedoes, paired nasal guns, an anti-aircraft system and an automatic gun system type Kashtan. The ship can carry out multi-purpose combat missions. The set includes flags for the United States and Ukraine. Also included are poses for the Genesis 2 and Michael 4. Explore! 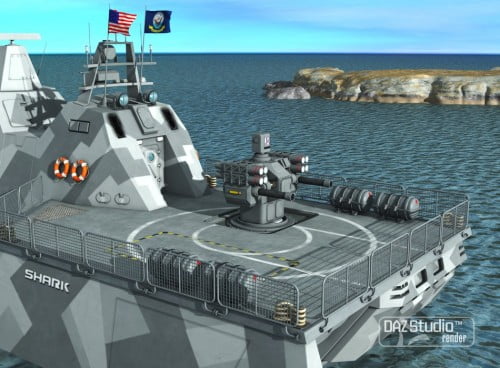 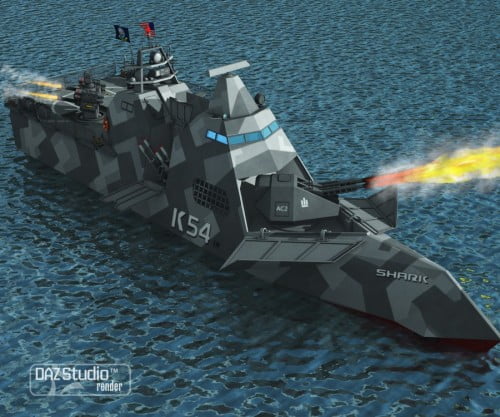