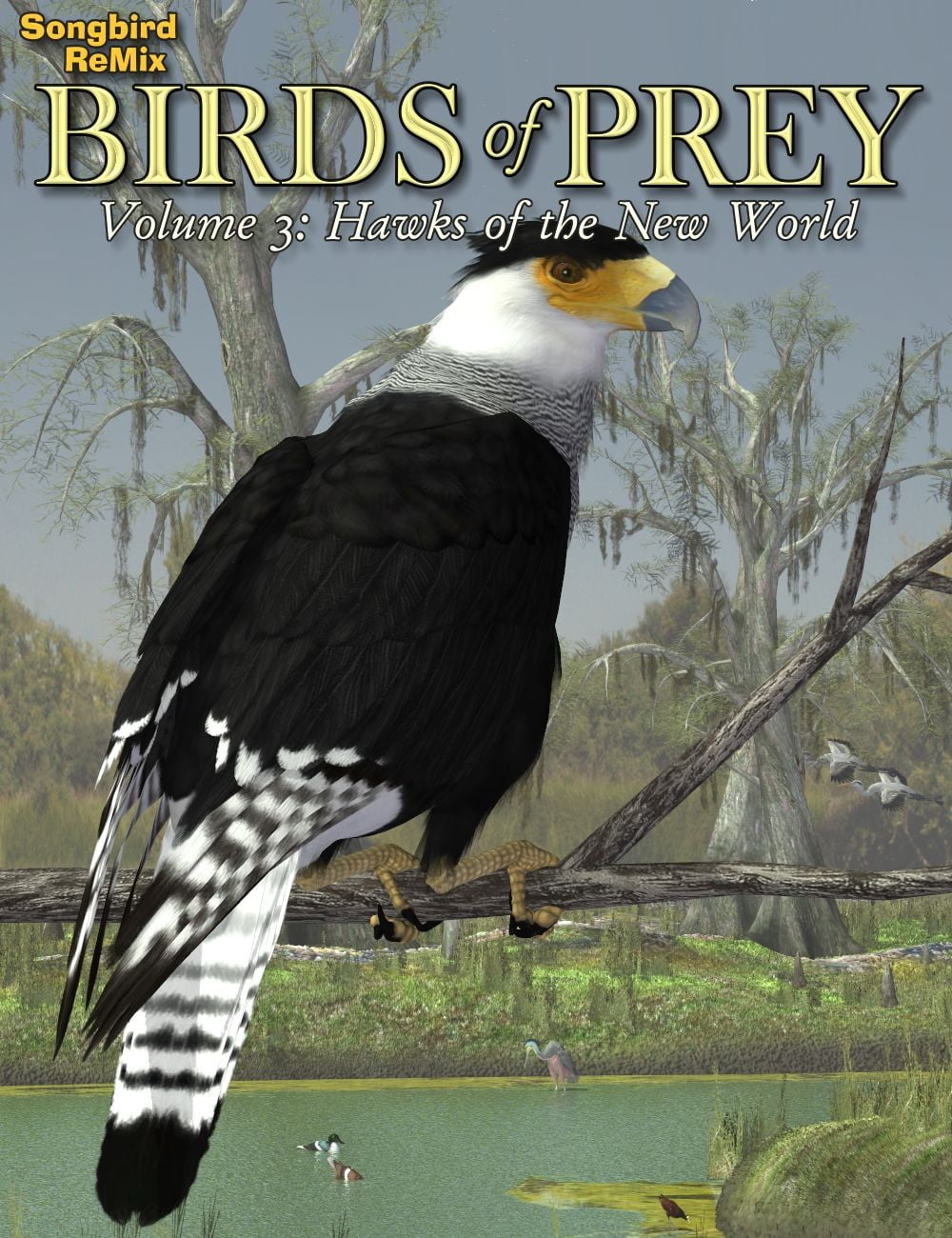 This Songbird ReMix Birds of Prey pack contains species in the Hawk family. Hawks are small to medium-sized diurnal birds of prey, widely distributed around the world and varying greatly in size. This volume contains hawks from the “new world” (the Americas and parts of Oceania). It is a bookend to Volume II of the series, which contains hawks from the “old world” (Eurasia, Africa and Australia).

Throughout history, culture and myth, Hawks are symbols of courage and strength. Hawking, a form of Falconry, can be traced back to at least 2000 B.C.in Asia, and it flourished in Europe and the Middle East from 500 to 1600. It was used for both recreation and to provide food. 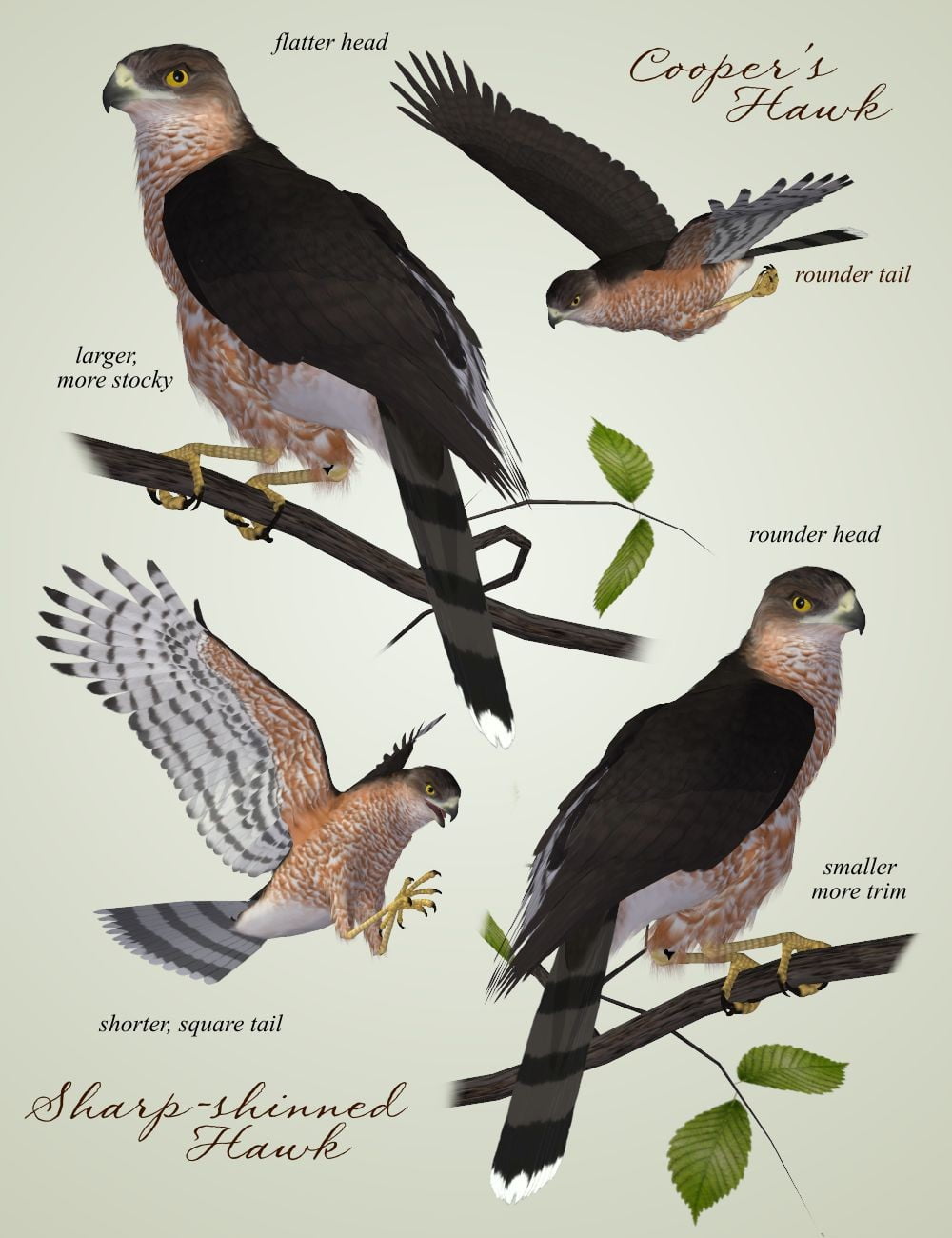